Powerful storms brought lightning, giant hail, and tornadoes to northern Italy over the weekend, causing significant material damage and leaving at least 4 people dead. Severe weather continued into Monday, August 31, but the threat is now shifting into southeastern Europe, including Croatia, Hungary, Serbia, etc. where yellow and orange weather alerts are in effect.

Severe weather hit wide swaths of Italy over the weekend, from South Tyrol down to the central region of Lazio around Rome, killing at least 4 people in two separate incidents and leaving several missing.

Two girls aged three and 14 were killed on August 29 in Tuscany, when a tornado uprooted a tree which then hit their tent at a campsite in Marina di Mass. Additionally, two German tourists were killed during severe flooding near Bolzano, South Tyrol after their car collided with a lorry.

At least one person is missing in the Varese area after being swept away by a swollen river, The Local reports.

Hailstones the size of eggs were reported in Cremona, Mantova, and Bergamo in Lombardy, where authorities had to call in heavy machinery to clear out roads.

The city of Verona is again making headlines after multiple waves of severe weather since August 23. The city has been hit by severe flooding, giant hailstones, and strong winds, causing considerable damage.

Severe damage reports are coming from the entire Veneto region, with Vicenza and Belluno areas hit particularly hard. Vincenza was reportedly hit by a tornado that flattened trees, fences and road signs, and damaged buildings. 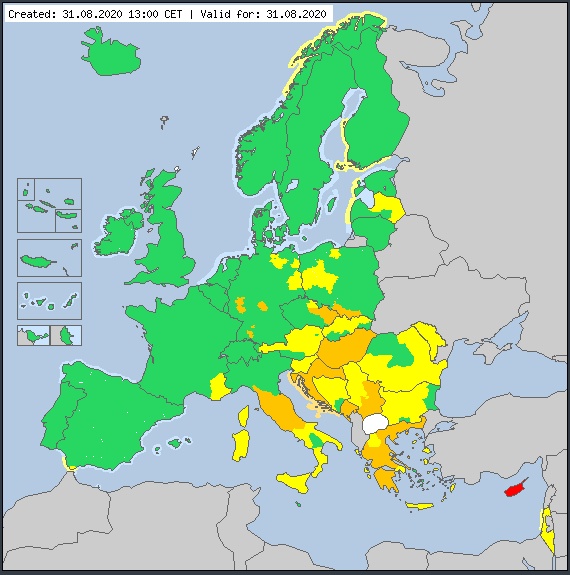 "Robust supercells are likely along the frontal system across central Italy, west-central Balkans, and along the front from Belarus into Russia," SWE said in today's Severe Weather Outlook / Forecast for Europe. 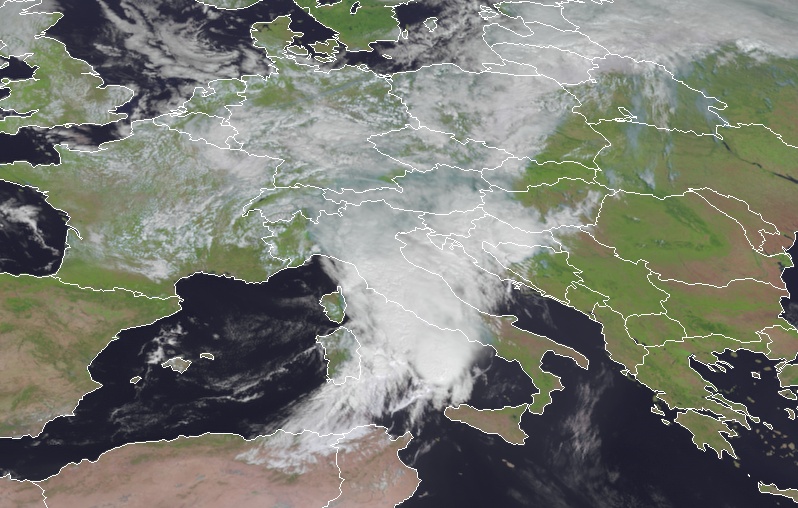