Typhoon Ma-on expected to slam into south Japan next week

The Joint Typhoon Warning Center (JTWC) reports this morning that Ma-on, about 655 miles east-southeast of Iwo-Jima, has shown “steadily improving organization” over the past six hours, with convection “consolidating around the core” and the emergence of an eye. The storm’s current peak winds are 120 km/h, equivalent to category 1 hurricane.

The storm is expected to remain within a tropical airmass with low wind shear and warm sea surface temperatures as it continues west through the northern Philippines Sea. Consequently, significant intensification is forecast over the next 72 hours, with peak winds predicted to reach 200 km/h by Saturday morning, equivalent to a category 3 hurricane. JTWC cautions there is no reason to expect signficant weakening until the storm makes landfall. 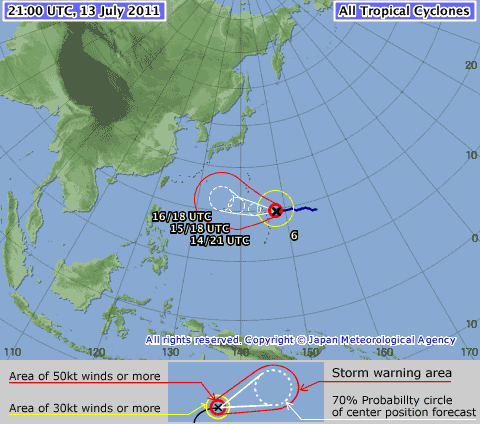 AccuWeather says the storm could bring destructive winds to Japan’s southern coasts and 10 to 20 inches of rain. Greater Tokyo is unlikely to feel the worst of the storm, no matter its ultimate track. Still, flooding rain and damaging winds could take place in the early to middle parts of the week. Likewise, in northeastern Honshu, at the site of the March tsunami and nuclear disasters, there is the potential for heavy rain, high winds and rough seas next week. 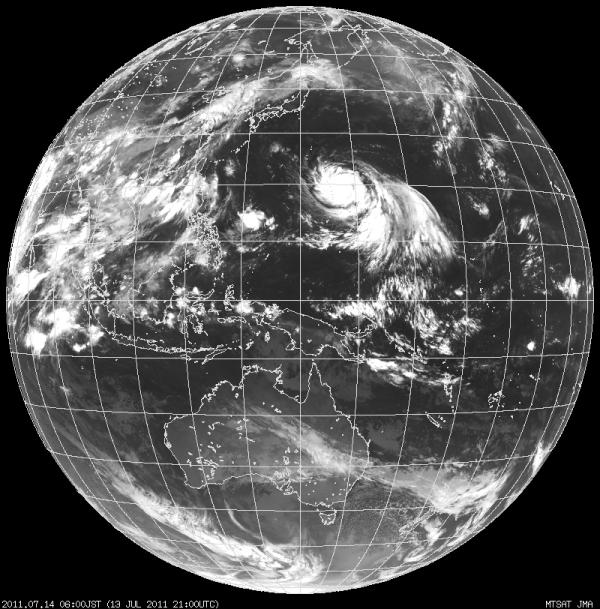