Tsunami advisories were issued - and then canceled - for the coastal regions of Iwate, Miyagi and Fukushima. The areas were among the hardest hit by this year's devastating earthquake and tsunami.  Officials in Ofunato, a city in Iwate, advised residents to evacuate. 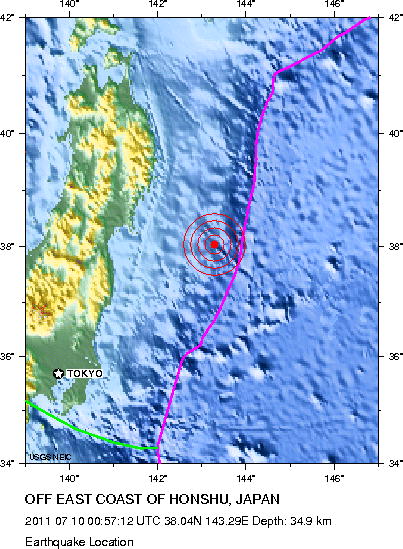 Small tsunamis were observed along the coast, measuring between 10 and 20 centimeters, said the Japan Meteorological Agency. There were no immediate reports of injuries or damage   at the epicenter, about 130 miles east of Sendai. The JMA, immediately after the quake, forecast the height of the tsunami could reach half a meter (about 20 inches).

No immediate abnormalities were reported at nearby nuclear facilities. Tremors from Sunday's quake were felt as far away as Tokyo. 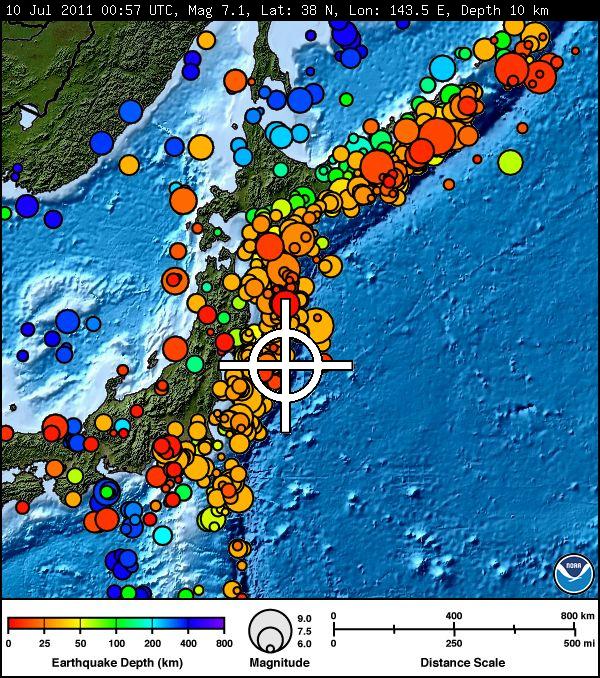