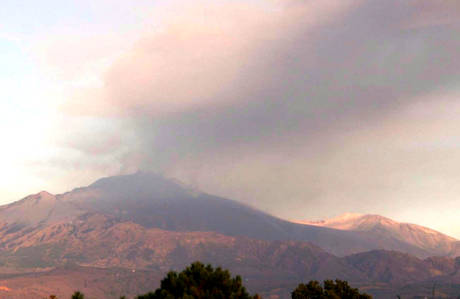 A southern Italian airport was on Saturday closed due to ash from Mount Etna, forcing traffic to be diverted to Palermo, the ANSA news agency said. Catania airport on the east coast of the island of Sicily was not expected to re-open before Sunday morning while the runway was cleared, the report said.

The volcano, which currently does not present any risk to local residents, spewed lava on to its southeastern slopes on Saturday afternoon and winds carried the ash further afield.

A few days after the resumption of Strombolian activity at the crater located on the east flank of the Southeast Crater cone, a new paroxysmal eruptive episode has taken place on the afternoon of 9 July 2011. This was the fifth eruptive episode since the beginning of 2011, and it was of shorter duration than its predecessors, but it produced ash and lapilli falls over the most densely populated area on Etna as far as Catania.

On the morning of 9 July, Strombolian activity resumed, and the volcanic tremor amplitude started to rise rapidly. Shortly after 12:00 GMT, lava overflowed the eastern rim of the crater, and then followed the path of the lava flows emitted during the previous paroxysms. At 13:45 GMT the Strombolian explosions blended into a continuous lava fountain, which was accompanied by the formation of a dense eruption column several kilometers high. The eruption plume, which was heavily charged with tephra, expanded south- and southeastward, leading to ash and lapilli falls in the populated areas between Nicolosi and Catania toward south, and Trecastagni, Viagrande and Acireale toward southeast. The paroxysmal activity lasted little longer than one hour, feeding a lava flow into the upper western part of the Valle del Bove, and generating strong emission of pyroclastic material; the activity showed a progressive diminution shortly after 15:30 GMT when volcanic tremor amplitude dropped to very low levels.

It has finally to be noted that during the intial phase of the paroxysmal activity, at 13:41 GMT, a powerful explosion at the Bocca Nuova generated an intense ash emission. (INGV Catania) 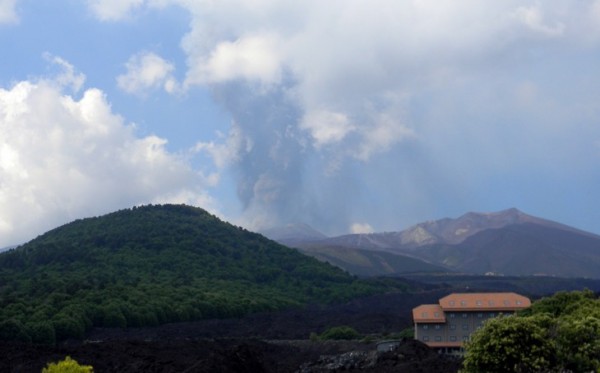 The geological history of Etna

The eruptions of Etna

Eruptions of Etna: impact on the territory