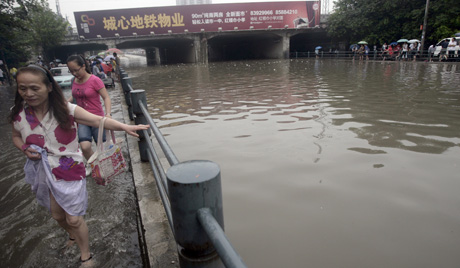 A 68-year-old woman and her grandchildren aged 15 and four were killed when a landslide destroyed their home in the city of Miryang, 386 kilometres (240 miles) southeast of the capital Seoul, South Korea’s Yonhap said. The agency quoted unnamed authorities as saying a 72-year-old woman who lived near the house had been reported missing after being swept away by floodwaters.

A 73-year-old woman was found apparently drowned in flash floods in the central county of Uiryeong, and emergency crews are trying to find another elderly woman in the same region.

Local government officials and firefighters said around 3,000 hectares (7,400 acres) of farmland was flooded in the southwestern county of Hadong after 20 centimetres (eight inches) of rain fell in some areas. 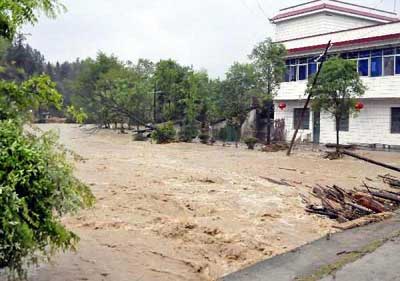 Besides the heavy rain that hit the southeastern part of the country, Jeolla province said over 30 centimeters of precipitation were reported in Gwangyang, 423 kilometers southeast of Seoul and home to one of the country’s largest steel mills. Emergency workers in Gwangju, Jeolla’s largest city, said over 60 homes have been flooded and area residents have been evacuated throughout the province. Numerous avalanches have also been reported in many areas.

They also said that roughly 3,047 hectares of farmland have been flooded so far, although the exact extent of damage needed to be assessed later on. Authorities, however, said that throughout the Jeolla region no fatalities have been reportedly caused by the latest downpour. (YonhapNews)