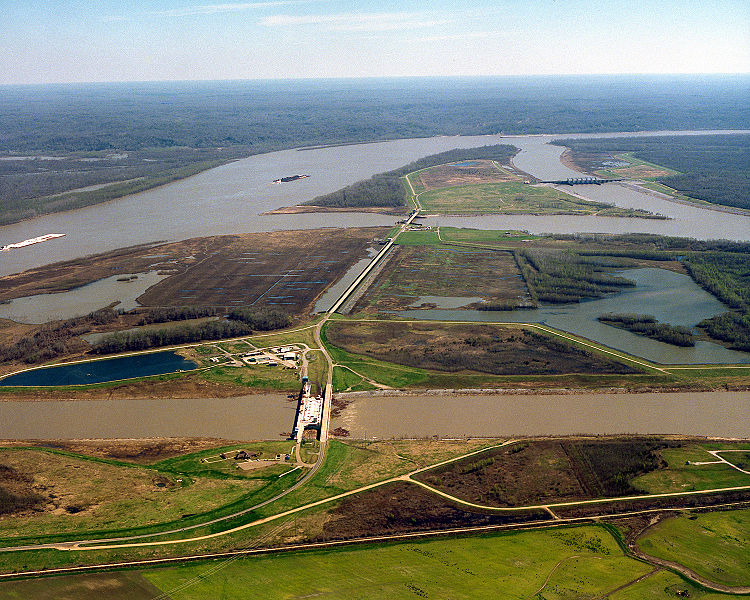 The Mississippi River is highly “engineered,” as major rivers go. The battle between human civilization and the river is perhaps best exemplified by the Old River Control structures in central Louisiana. Completed in the 1960s, the system of levees, locks, floodgates, and canals has so far successfully kept the Mississippi River from meandering westward, as it has done several times over the centuries.

If left to natural processes, the Mississippi might migrate to the west and merge with the Atchafalaya River, taking a more southerly route toward the Gulf of Mexico. The process is known to geologists and hydrologists as “avulsion.” The accumulation of sediments in a channel reduces its slope, slows the flow, and leads the river to look for a steeper downward slope and faster flow.

Human “control” of the river continues in spite of land topography that is working in nature’s favor. The maps above, assembled from the National Elevation Dataset (NED), show the relative height of key structures of the Old River Control, as well as the elevation of the nearby land and waterways. Elevation ranges from 8 to 28 meters (26 to 92 feet) above sea level, with deep olive green representing the lowest areas and brighter areas representing the highest. (The Tunica Hills are higher than 28 meters). 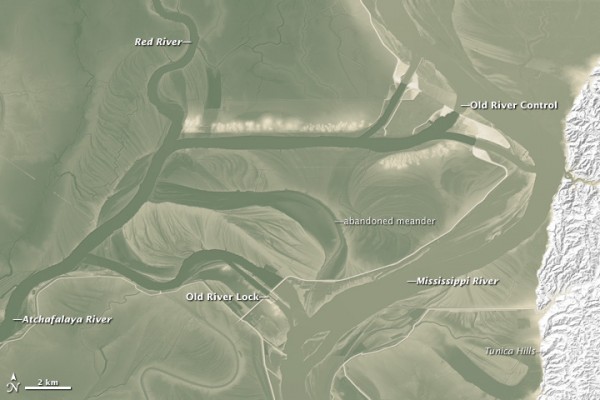 In the top image, note how the Mississippi is bounded in by hills to the east, while standing several meters higher than the Atchafalaya River, the Red River, and the flood plains south and west of the bright white levees. The Old River is actually a former channel of the Mississippi from one of its past meanders, and ships still pass through the Old River Lock to pass between the Mississippi and Atchafalaya.

In the lower, close-up image, you can see the stark difference in water elevation on either side of the Low Sill, the Auxiliary Structure, the Overbank Structure, and the Sidney Muncy Hydropower Plant. 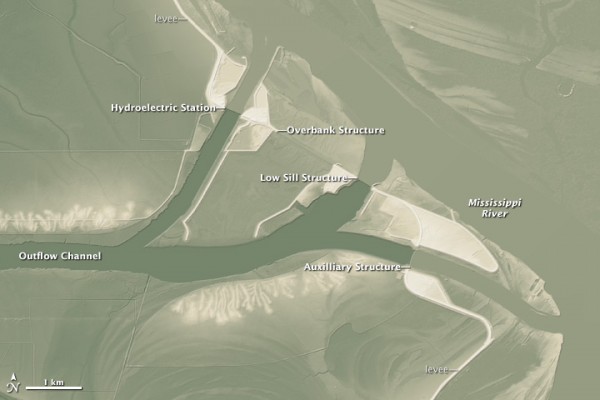 The Mississippi River is often called “The Big Muddy” because of its heavy sediment load, and that mud and sediment has been piling up and shifting the river from one channel to another for thousands of years. But with Baton Rouge, New Orleans, and other heavily populated areas situated along the current banks of the Mississippi—and with billions of dollars of transportation infrastructure and international commerce dependent on that river path—the U.S. government long ago decided that the Mississippi needed taming.

Time will tell if nature will win the war over the river’s direction, but the Army Corps has been winning battle after battle for several decades. The effort is not without its costs in dollars, environmental changes, and occasional property losses downstream. (EarthObservatory) 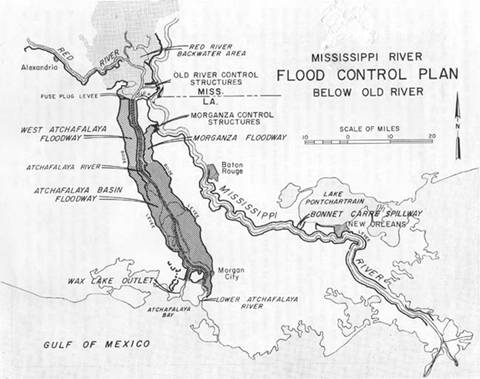 The Control of Nature: Atchafalaya 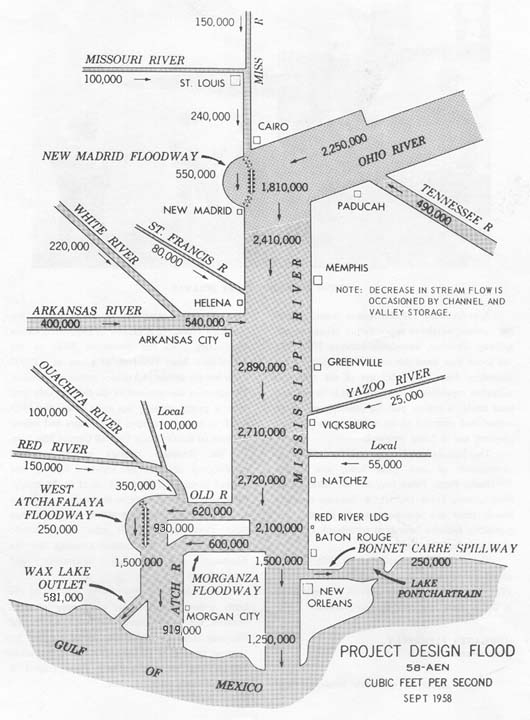