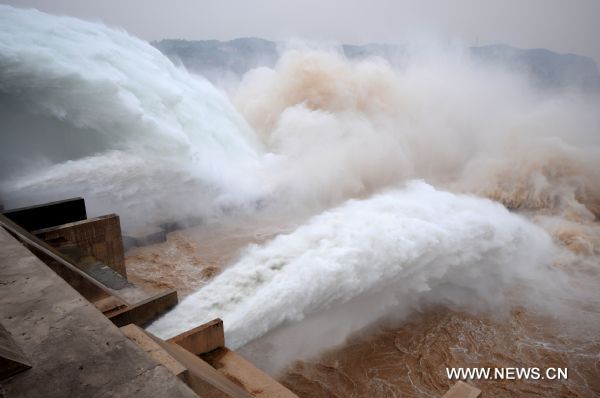 An official with the Anhui Water Resource Department said levels at more than 660 reservoirs in the province were above warning levels. The level of the Shuiyang and Qingyi rivers, both tributaries of the Yangtze River running through Anhui, has also risen above safe levels. Many of the reservoirs have begun discharging water under orders from the state flood-control headquarters.

In neighboring Zhejiang Province, the operator of eastern China’s largest reservoir opened three of its nine floodgates yesterday to avoid the risk of overflowing. 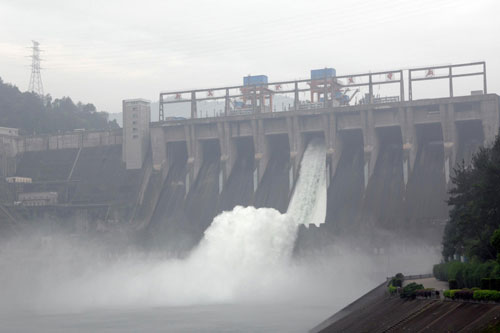 It was the first time the Xin’anjiang Reservoir, part of the Thousand Island Lake tourist attraction, had been forced to discharge water since 1999, Zhejiang’s flood control headquarters said. Authorities have cordoned off the area to prevent tourists from being swept away. The area has suffered torrential rain for days now and the reservoir saw its water level rise above normal on Monday night. It may take 30 to 40 hours before it is back to a safe level.

Rain-triggered floods have hit 10 cities in Zhejiang since last Saturday, affecting more than 4.41 million local residents. Dikes near the city of Lanxi were reported to have come close to overflowing due to surging water levels on the nearby Lanjiang River.

The Xin’anjiang Reservoir is located upstream from the Lanjiang River, but flood control officials say the release of water will not cause any flooding downstream, as water levels on the river have receded to safe levels. In 1999, when the reservoir was last discharged, eight floodgates were opened, nearly inundating the city of Jiande downstream. 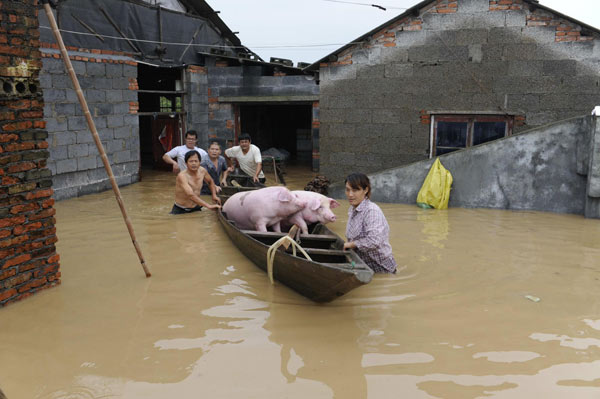 About 304,000 of Zhejiang’s residents had been evacuated as of 8am yesterday. Flooding has also cut off access to 899 roads and 11 railways. Officials with the Zhejiang provincial bureau of civil affairs said state and local governments had already allocated 64 million yuan (US$9.9 million) for post-disaster reconstruction efforts.

In northwest China’s Xinjiang Uygur Autonomous Region, rescuers yesterday recovered the bodies of four people who were swept away in their trucks by flash floods. (China.org) 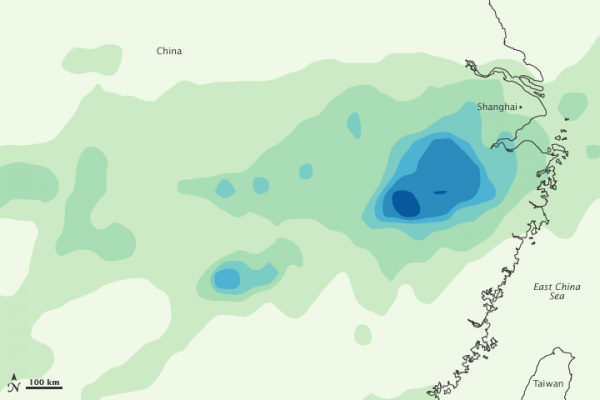 A China Daily report from June 18 described the rains in parts of Zhejiang Province as unprecedented. High waters broke 100-meter (300-foot) holes in levees, inundating nearby villages. Some homes were buried in 3 meters (10 feet) of water. Farmers who managed to survive the floods wondered how they would survive the losses of their homes and crops. 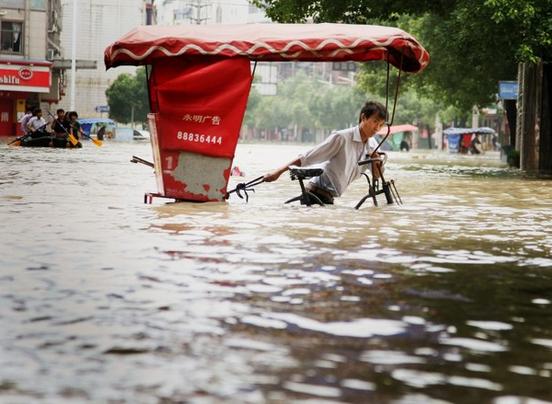 On June 21, Agence France-Presse reported that another storm was nearing China’s southern coast, and was likely to bring strong winds and heavy rains to the provinces of Guangdong and Fujian over the next two days. Meanwhile, China Daily reported, risk of overflow prompted authorities at Xin’anjiang Reservoir in Zhejiang to open three of its nine floodgates. (EarthObservatory)