A sudden change in water temperature of a lake surrounding a restive volcano in the Philippines has killed more than 700 metric tons of fish, a government agency said. The bureau said 752 metric tons of milkfish and tilapia have been found floating in Taal Lake, which surrounds Taal Volcano. The volcano has been showing signs of heightened activity since April, when the Philippine Institute of Volcanology and Seismology raised its five-tiered alert level to two. 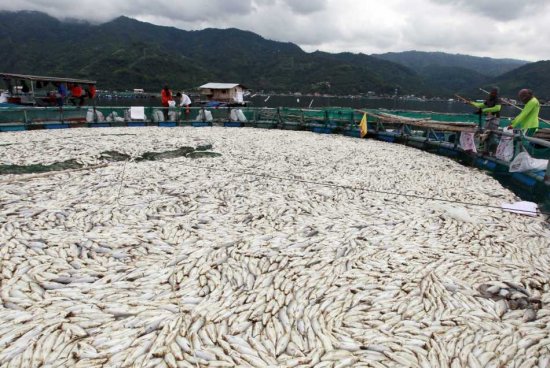