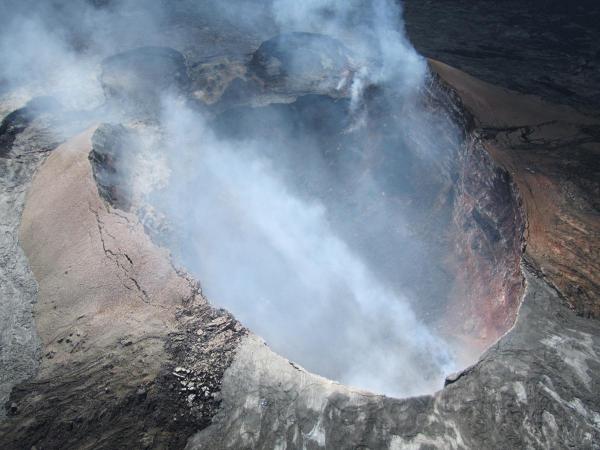 For years, researchers have debated whether or not the Hawaiian hot spot — the active volcanic region that created the islands — is fueled by a plume of hot magma rising straight up from the Earth's depths. Not so, new research finds. Instead, a giant, deep thermal anomaly hundreds of miles wide located far west of Hawaii is what feeds the island's volcanoes, scientists find. Conventional wisdom believes that the plume may come all the way from the boundary of Earth's core. Seismologists have been searching for evidence to support or invalidate this deep-rooted plume model, yet a lot of debate still exists.

To find out more about the magma feeding the Hawaiian volcanoes, researchers used seismic waves that bounced off rocks in the mantle layer to image activity beneath Hawaii, a technique adopted from oil and gas exploration. Instead of a narrow vertical plume of magma beneath the islands driving volcanic activity, scientists discovered that a thermal anomaly about 500 to 1,250 miles (800 to 2,000 kilometers) wide and about 450 miles (725 kilometers) deep and far to the west of the islands apparently triggered their volcanism. 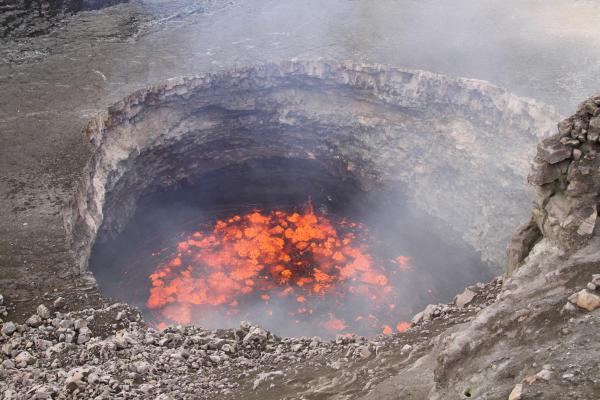 Our result doesn't support the picture that Hawaii is fed directly by a deep-rooted mantle plume rising from the core-mantle boundary. Instead, it may be fueled by a secondary plume from a large pool of hot materials trapped on the top of the lower mantle. The mantle is the layer of high-pressure and temperature, flowing rock between the Earth's core and crust.

Numerous similar secondary upwellings can be generated from this hot pool, too, due to thermal instability.  Are there any other secondary-plume-generated volcanoes around this area of Pacific seafloor several hundreds of kilometers away from the big island of Hawaii that have gone unnoticed so far, or which have since been subducted   deep beneath Japan and the Philippine Sea Plate farther west?

This research suggests that any volcanism seen in the interiors of tectonic plates — instead of at their borders, as is usually the case — need not originate from plumes rising all the way from the Earth's core, but could arise from the boundary of the upper and lower mantle.

The picture of the internal dynamics of the Earth and material-exchange processes between the upper and lower mantle are more complicated than people thought before. The scientists detailed their findings in the May 27 issue of the journal Science. (OurAmazingPlanet)