The Kamchatka Peninsula, along Russia’s Pacific coast, is currently the most volcanically active area in the world: four volcanoes are erupting simultaneously, and a fifth is showing signs of an impending eruption. Ash plumes from two of these volcanoes and a thermal anomaly marking active lava flow at a third are visible in this natural-color satellite image.

Along the northern (top) edge of the image Shiveluch emits a broad gray plume from the lava dome growing on its southern flank. 90 kilometers (60 miles) to the southwest a much smaller plume escapes from Bezymianny. Further south, an area where the instrument measured high temperatures over land is outlined in red, marking Kizimen. 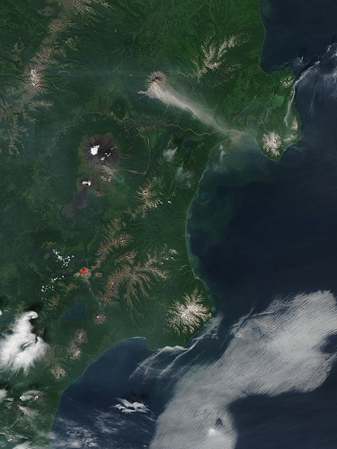 This image was acquired by the Moderate Resolution Imaging Spectroradiometer (MODIS) aboard the Aqua satellite on August 3, 2011. Bright green vegetation covers the river floodplains and mountainsides, which gives way to bare rock and eventually snow at higher elevations. (MODIS) 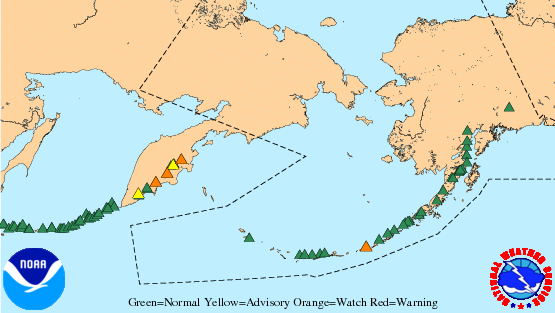