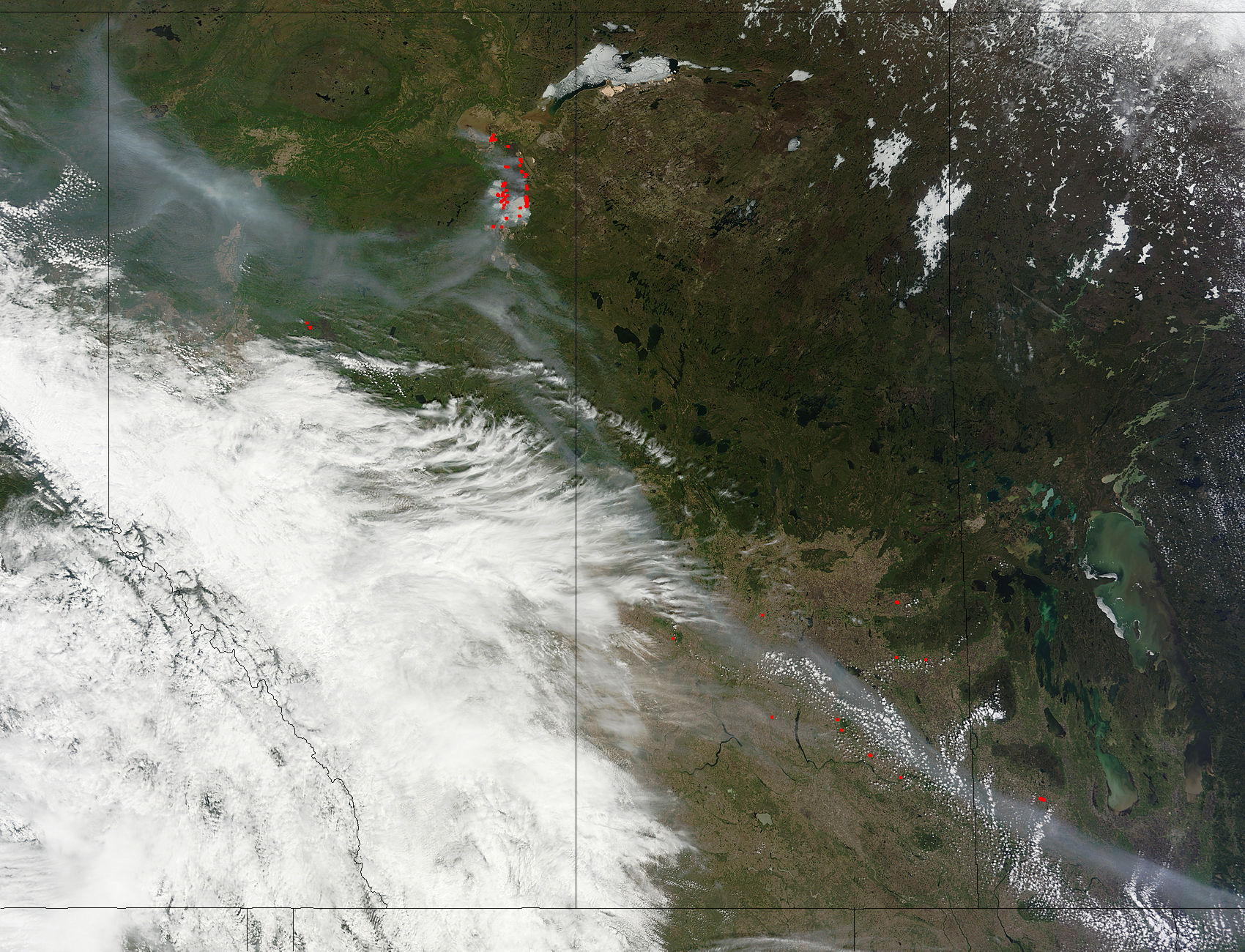 Fires continued to burn in northern Alberta, Canada on May 25, 2011, as strong winds carried a thick band of blue-gray smoke across the region.

The fires cluster south of Lake Athabasca, a large, partially frozen lake located near the upper edge of the image. The Moderate Resolution Imaging Spectroradiometer (MODIS) aboard the Terra satellite captured this true-color image at 18:35 UTC on that same day. 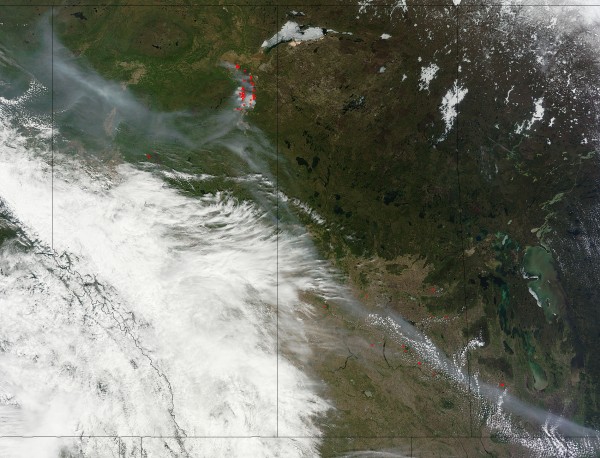 Although multiple fires and widespread smoke are visible in this image, the situation is actually an improvement from earlier in the month. On May 16, the Alberta government reported 116 fires burning in the province, with 24 classified as out of control, and the number and intensity of the fires had forced oil and gas companies to suspend drilling in the region. By May 25, near the time this image was captured, Reuters reported that the fire situation had improved enough to allow several oil companies to resume operation.

Also, on May 15 the town of Slave Lake in Alberta was devastated by a wildfire that consumed almost one-third of the town. The fire began as a forest fire 15 km (9 mi) outside of town, but was driven past fire barriers by 100 km/h (60 mph) winds. The entire population (about 7 000 residents) was forced to evacuate.

Wildfires are common in Canada, with nearly 9,000 fires expected annually across the country, and approximately two million hectares of land burned. In Alberta, most fires occur in remote areas, resulting in relatively little loss of populated settlements or property.

Due to an unusually dry spring and recent high winds, the fire risk in much of the province has been rated as “extreme”, and more people are affected by the effects of fire this spring than usual. On May 25, the towns of Fort MacKay and Fort McMurray reported high levels of smoke, and local news sources in Fort McMurray were warning residents with asthma or other breathing problems to stay indoors. (MODIS)