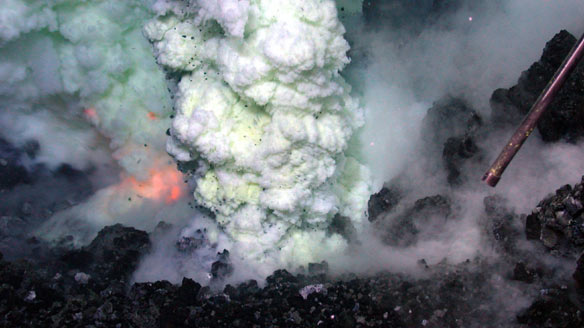 Between 75 and 80% of all volcanic activity on Earth takes place at deep-sea, mid-ocean ridges. Most of these volcanoes produce effusive lava flows rather than explosive eruptions, both because the levels of magmatic gas (which fuel the explosions and are made up of a variety of components, including, most importantly CO2) tend to be low, and because the volcanoes are under a lot of pressure from the surrounding water.

Over about the last 10 years, however, geologists have nevertheless speculated, based on the presence of volcanic ash in certain sites, that explosive eruptions can also occur in deep-sea volcanoes. And no one has been able to prove it until now.

By using an ion microprobe, Christoph Helo, a PhD student in McGill's Department of Earth and Planetary Sciences, has now discovered very high concentrations of CO2 in droplets of magma trapped within crystals recovered from volcanic ash deposits on Axial Volcano on the Juan de Fuca Ridge, off the coast of Oregon. 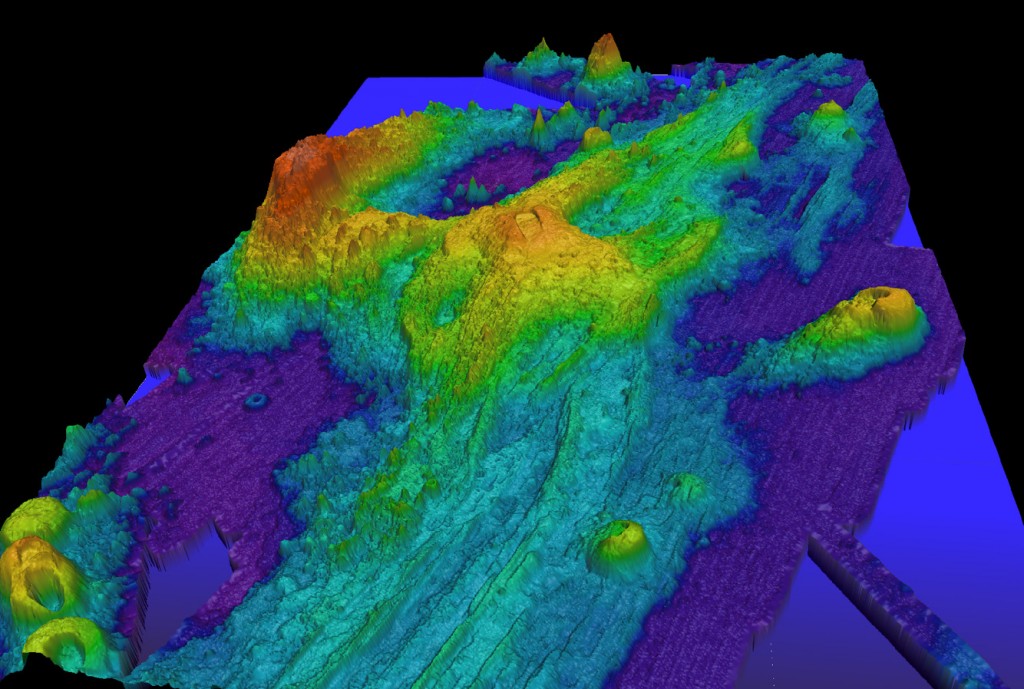 These entrapped droplets represent the state of the magma prior to eruption.

As a result, Helo and fellow researchers from McGill, the Monterey Bay Aquarium Research Institute, and the Woods Hole Oceanographic Institution, have been able to prove that explosive eruptions can indeed occur in deep-sea volcanoes.

Their work also shows that the release of CO2 from the deeper mantle to the Earth's atmosphere, at least in certain parts of mid-ocean ridges, is much higher than had previously been imagined.

Given that mid-ocean ridges constitute the largest volcanic system on Earth, this discovery has important implications for the global carbon cycle which have yet to be explored.

This research was funded by: R.H.Tomlinson, GEOTOP, and J.W. McConnell Memorial Fellowships; the David and Lucille Packard Foundation; and the Natural Sciences and Research Council of Canada (NSERC).