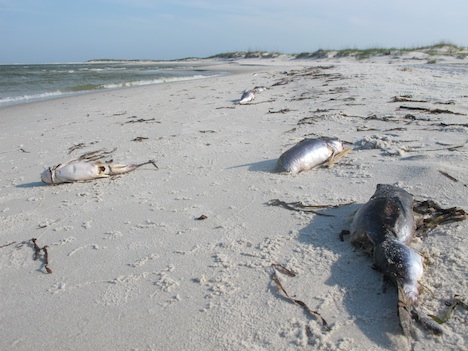 There had been reports of hundreds spadelfish washing up along three miles of the beaches at Alabama. There’s still no cause for the hundreds of dead fish that were found dead along the gulf shores over the weekend. They were also found along the gulf state pier Saturday morning. Park officials said it was unusual to see spade fish in that area this early in the year. The Department of Wildlife and Fisheries will take the fish in for testing. 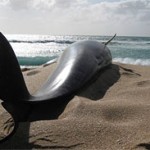 The sei whale is a baleen whale, the third-largest rorqual after the blue whale and the fin whale. It inhabits most oceans and adjoining seas, and prefers deep offshore waters. It avoids polar and tropical waters and semi-enclosed bodies of water. The sei whale migrates annually from cool and subpolar waters in summer to winter in temperate and subtropical waters.

Following large-scale commercial whaling during the late-nineteenth and twentieth centuries, when over 238,000 whales were taken, the sei whale is now internationally protected, although limited hunting occurs under controversial research programmes conducted by Iceland and Japan. As of 2006, its worldwide population was about 54,000, about a fifth of its pre-whaling population.