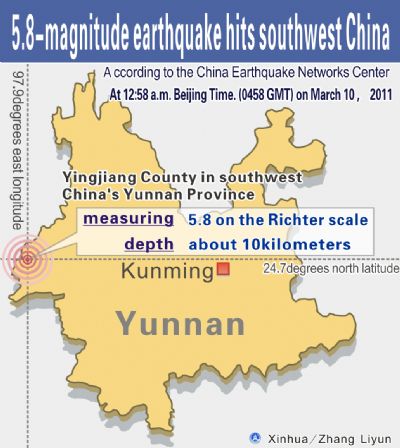 At least 24 people were killed and 207 others injured in a 5.8-magnitude earthquake that jolted Yingjiang County in southwest China’s Yunnan Province around noon on Thursday. The earthquake has toppled 1,264 houses or apartments and left 17,658 others seriously damaged, mainly in the county seat near the border with Myanmar. More than 127,100 people have been evacuated to nearby shelters, an official with the Ministry of Civil Affairs said late Thursday. 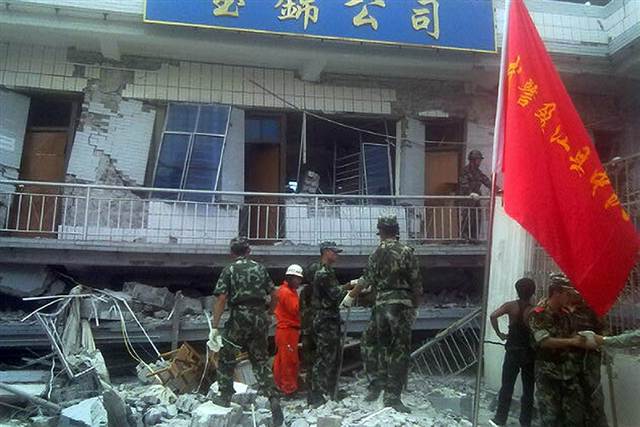 Over 80 percent of the homes in Lameng Village, where was the epicenter, collapsed during the quake. The epicenter, with a depth of 10 kilometers, was monitored at 24.7 degrees north latitude and 97.9 degrees east longitude, according to the China Earthquake Networks Center(CENC). The earthquake, the largest of more than 1,200 minor tremors over the last two months in the region, is believed to have caused serious damage and loss.

The tremor triggered a power outage but telecommunication service remained normal in Yingjiang, according to Wei Gang, head of the county government. Altogether seven aftershocks, measuring up to 4.7 degrees on the Richter Scale, has jolted the county since the first tremor. Nearly 1,000 soldiers have been sent to join the rescue operation. 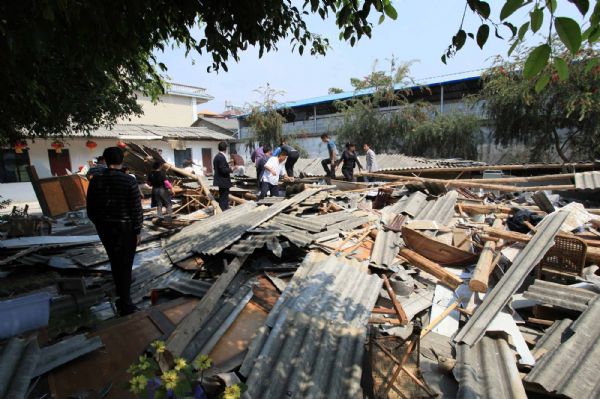 The National Committee of Disaster Reduction, Ministry of Civil Affairs and Yunnan’s provincial government have dispatched 9,700 tents, 13,000 quilts, 13,000 clothes and other materials to the quake-hit region. State-level and provincial authorities have sent working groups to Yingjiang. (Xinhua News Agency) 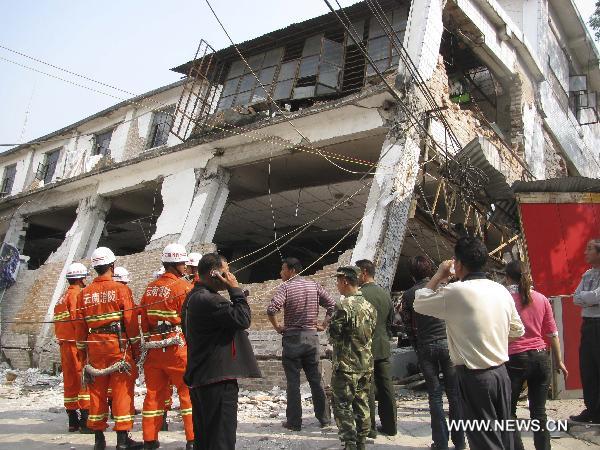