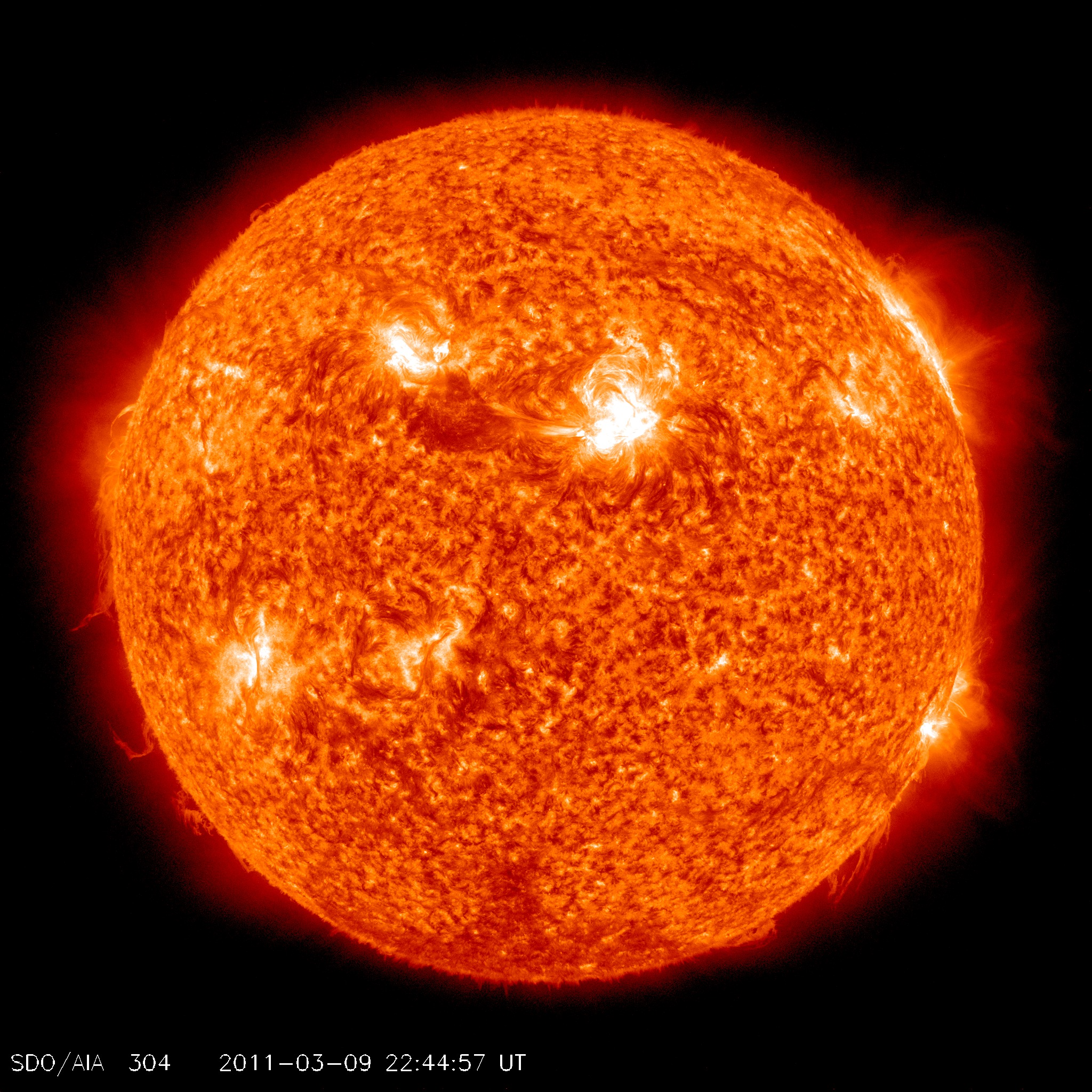 March 9th ended with a powerful solar flare. Earth-orbiting satellites detected an X1.5-class explosion from behemoth sunspot 1166 around 2323 UT. A movie from NASA’s Solar Dynamics Observatory shows a bright flash of UV radiation plus some material being hurled away from the blast site:VIDEO 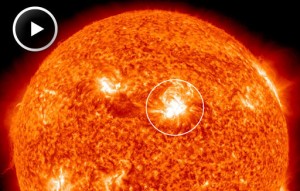 A first look at coronagraph images from NASA’s STEREO-B spacecraft suggests that the explosion did propel a coronal mass ejection (CME) toward Earth. This conclusion is preliminary, however, so check back later for updates.

After four years without any X-flares, the sun has produced two of the powerful blasts in less than one month: Feb. 15th and March 9th. This continues the recent trend of increasing solar activity, and shows that Solar Cycle 24 is heating up. NOAA forecasters estimate a 5% chance of more X-flares during the next 24 hours.

The ACE Spacecraft has detected a minor shock from an incoming CME. The solar wind has increased somewhat and the Bz is tilting sharply south as of 08:22 UTC Thursday morning. Minor geomagnetic storming may be possible at very high latitudes.

Just as active Sunspot 1165 has disappeared onto the western limb, The second largest Solar Flare of Cycle 24 thurs far has taken place around huge Sunspot 1166. The X1.5 event event peaked at 23:16 UTC Wednesday evening and caused a strong R3 Level Radio Blackout on the sunlit side of earth. More to follow. 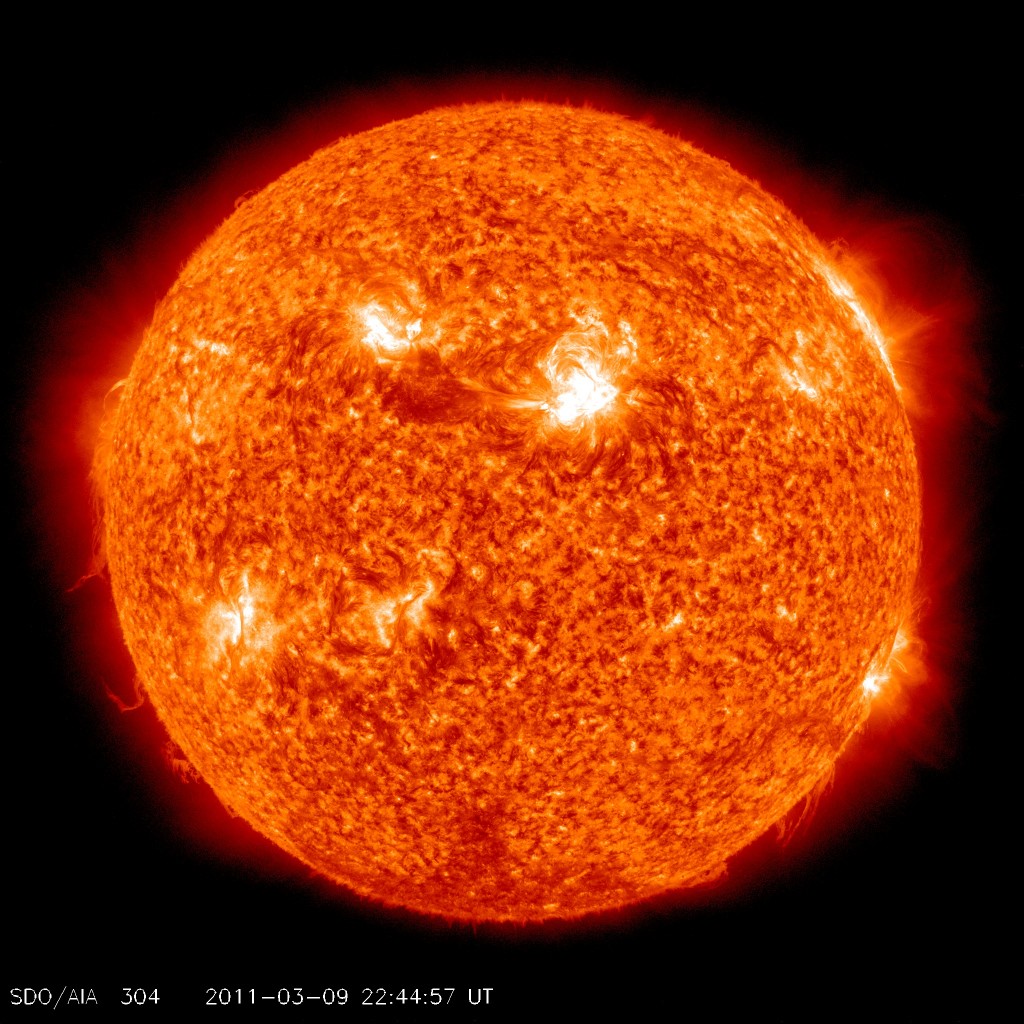 Less than an hour ago, Earth orbiting satellites detected an impulsive X1-class solar flare. Sunspot 1166 is aimed directly at the planet and it could very well be this group that harbors a delta-class magnetic field, powerful enough for X-Class flares. We have had 14 M-class flares in the last 3 days and the Xray flux has not dropped below the C range for 72 hours now.

The Classification of X-ray Solar Flares or “Solar Flare Alphabet Soup”
A solar flare is an explosion on the Sun that happens when energy stored in twisted magnetic fields (usually above sunspots) is suddenly released. Flares produce a burst of radiation across the electromagnetic spectrum, from radio waves to x-rays and gamma-rays.
Scientists classify solar flares according to their x-ray brightness in the wavelength range 1 to 8 Angstroms. There are 3 categories: X-class flares are big; they are major events that can trigger planet-wide radio blackouts and long-lasting radiation storms. M-class flares are medium-sized; they can cause brief radio blackouts that affect Earth’s polar regions. Minor radiation storms sometimes follow an M-class flare. Compared to X- and M-class events, C-class flares are small with few noticeable consequences here on Earth. 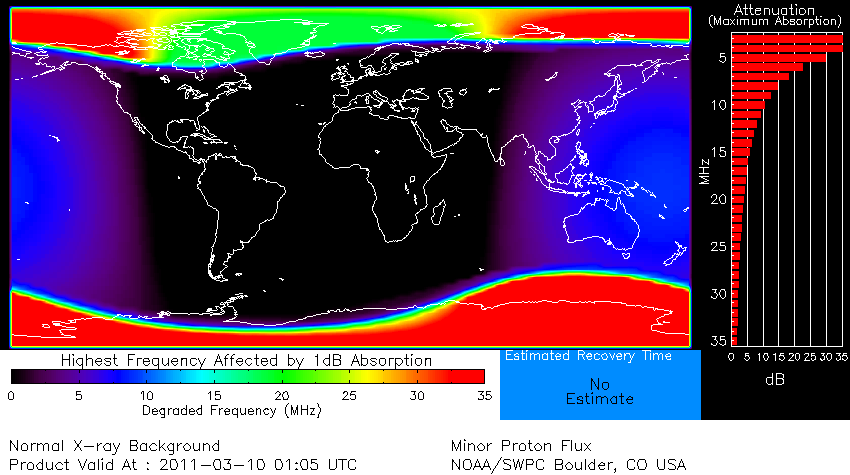 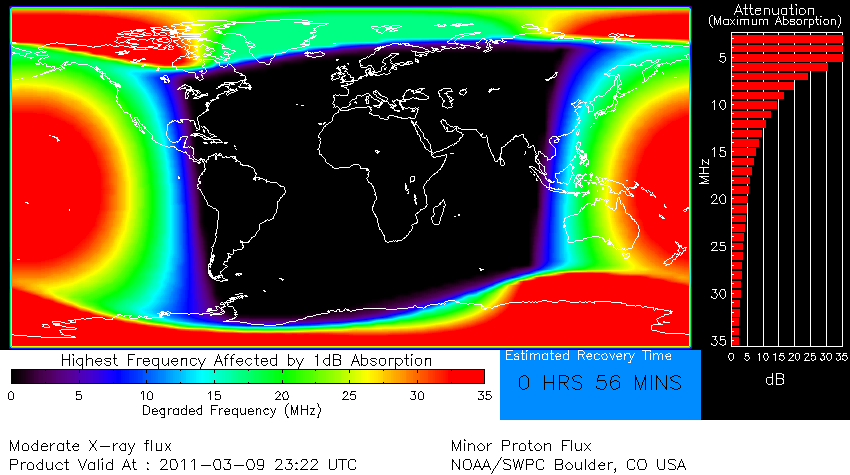