It was associated with a Type II Radio Emission at 01:29 UTC with an estimated velocity of 626 km/s. Type II emissions occur in association with eruptions on the Sun and typically indicate a coronal mass ejection (CME) is associated with a flare event.

In addition, a Type IV Radio Emission was registered at 01:30 UTC. Type IV emissions occur in association with major eruptions on the sun and are typically associated with strong coronal mass ejections and solar radiation storms.

CME generated by this event looks to be heading mostly southwest — not directed toward our planet. 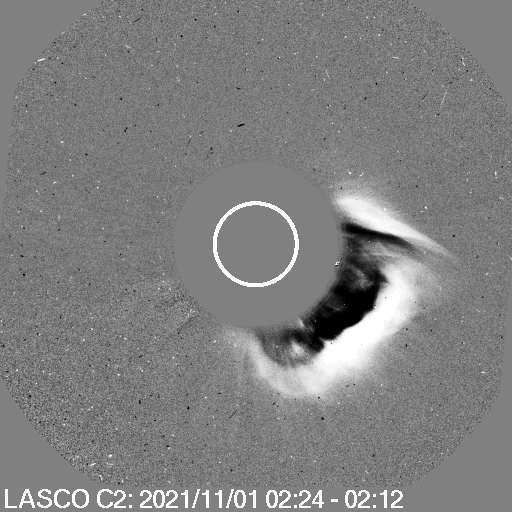 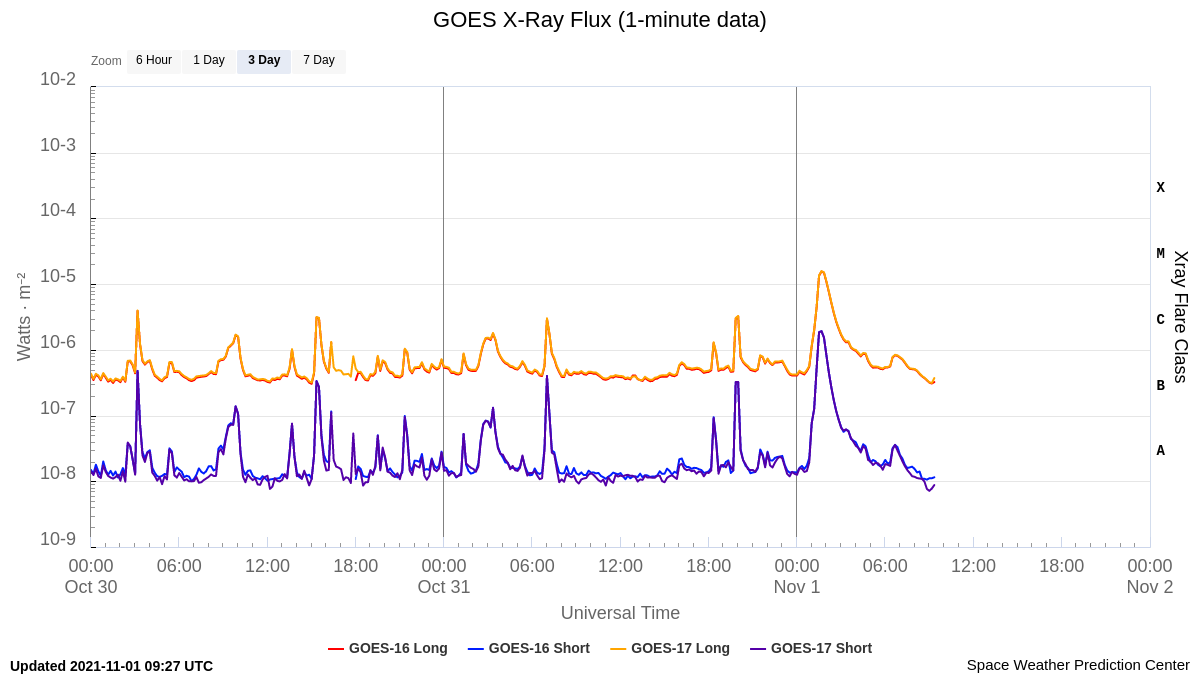 This is the same region that produced X1.0 solar flare on October 28.1

While G3 – Strong geomagnetic storm watch was issued for October 302, only a weak interplanetary (IP) shock was observed beginning at 09:14 UTC on October 31. Following the IP shock, total field strength increased from 4 nT to 13 nT, the Bz component reached -11 nT and solar wind speed values increased from around 378 km/s to near 465 km/s.

The geomagnetic field responded with an isolated active period late on October 30 followed by unsettled to G1 -Minor storming on October 31.

Solar activity is expected to be at low levels with a chance for further M-class flare activity (R1-R2, Minor-Moderate) from November 1 to 8 as Regions 2887 and 2891 transit across the visible disk.

Very low to low levels are expected from November 9 to 16. Low levels with a chance for M-class flares are likely again from November 16 to 27 Nov as Regions 2887 and 2891 return to the visible disk on November 16 and 21, respectively.3