A Type II Radio Emission with an estimated velocity of 626 km/s was registered at 01:29 UTC. These emissions occur in association with eruptions on the Sun and typically indicate a coronal mass ejection (CME) is associated with a flare event.

In addition, a Type IV emission was registered at 01:30 UTC. Type IV emissions occur in association with major eruptions on the Sun and are typically associated with strong CMEs and solar radiation storm.

The flare produced a halo CME, with an impact to Earth expected late November 3 or early November 4.

Some of the raw imaging from LASCO shows what looks to be a full halo CME but I’m waiting for it to all be processed before I say anything further. pic.twitter.com/kPPZNyNWQo 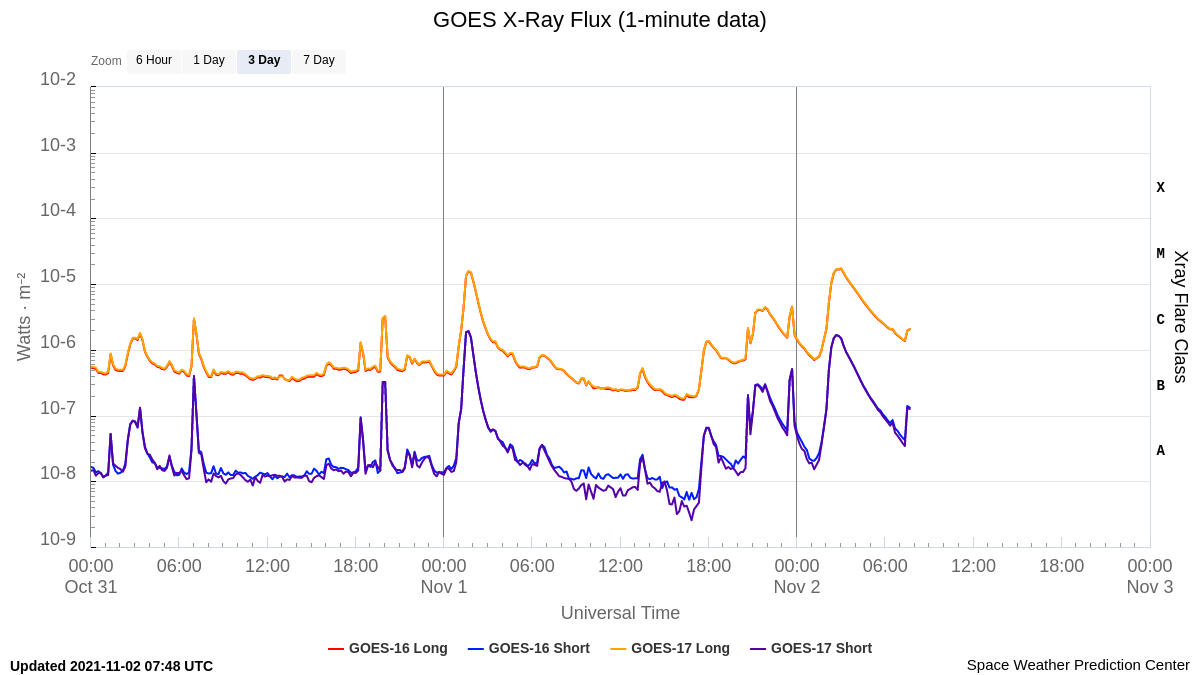 This region is located in geoeffective position and any CME produced by it would most likely be Earth-directed. 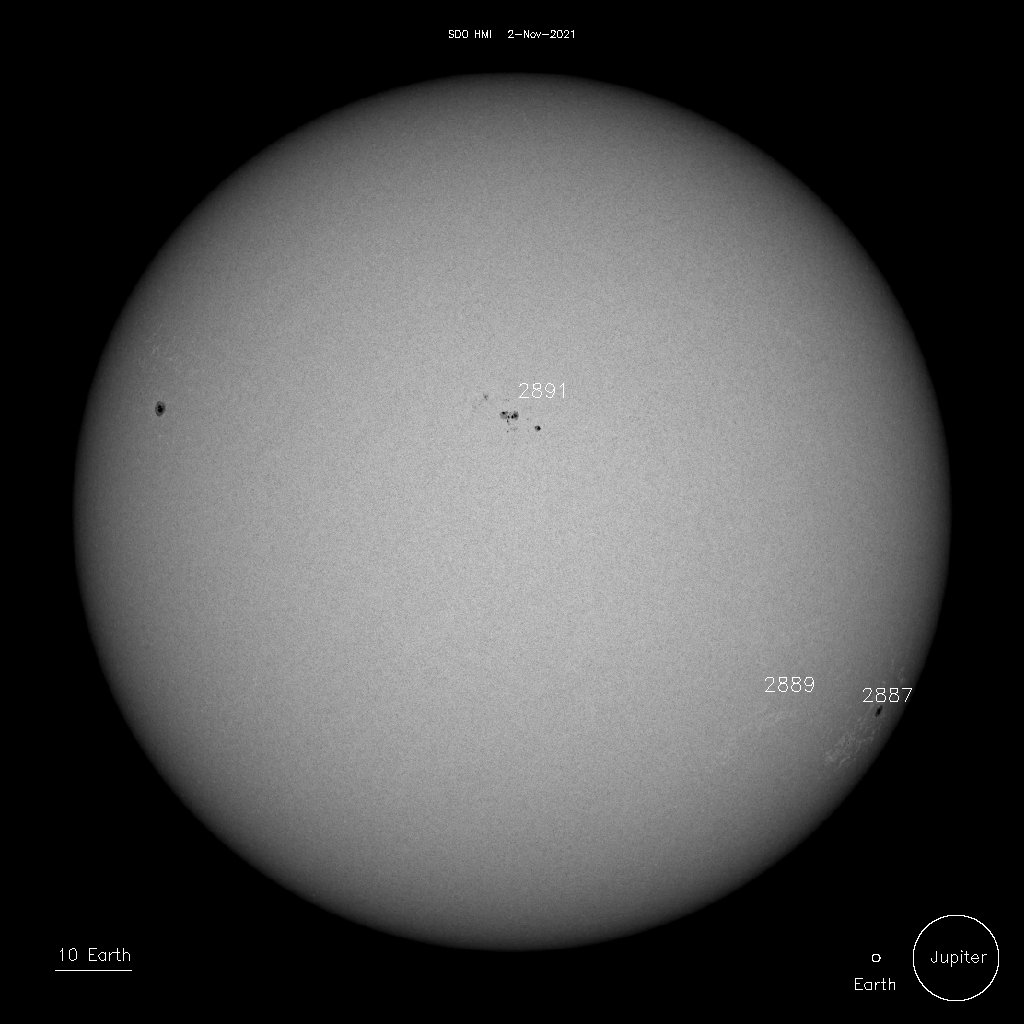 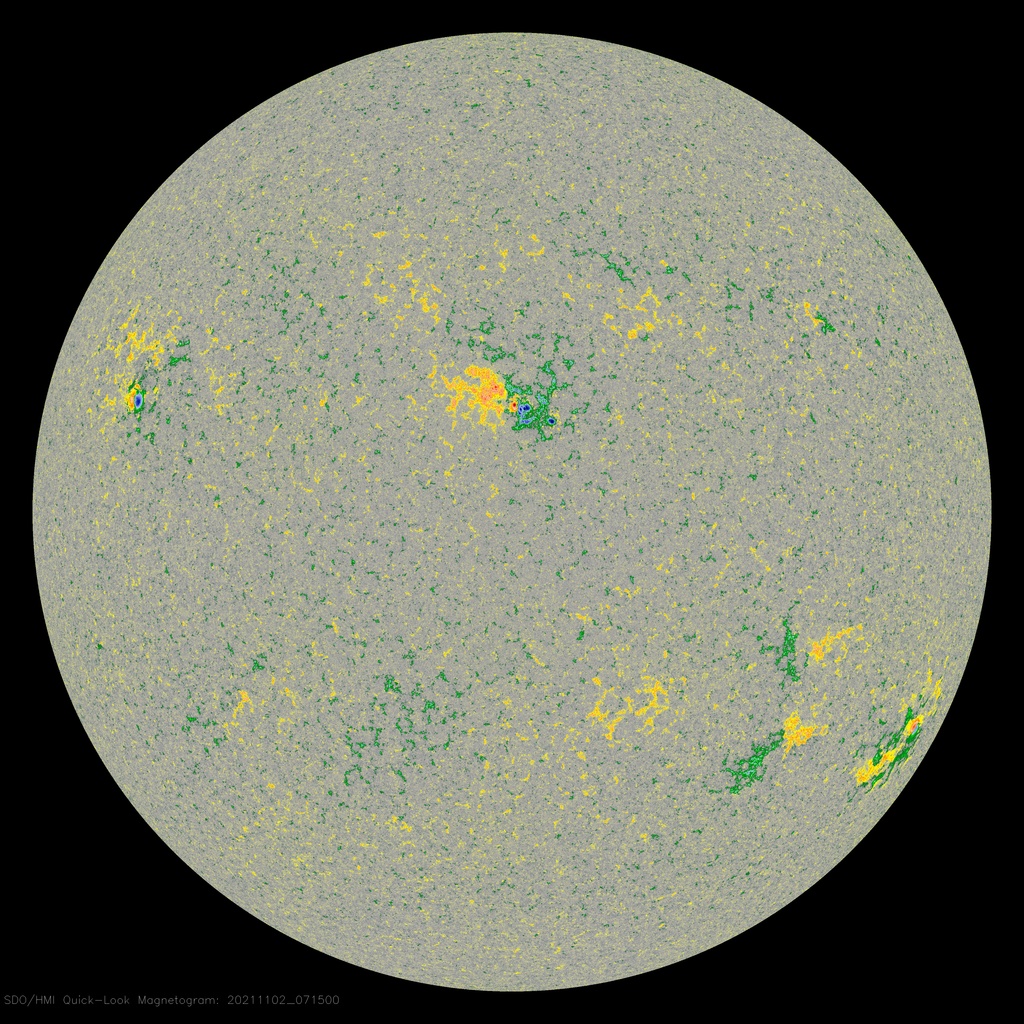 The region continued to exhibit decay, yet remained the most active region on the visible disk. The region was also the source of a C4 flare at 21:33 UTC with an associated tenflare that peaked at 110 sfu on 2 695 MhZ at 21:14 UTC.

Region 2891 (N16E03, Dai/beta) was mostly quiet, decayed slightly, and exhibited continuing separation between the leader and trailer spots. Region 2893 (N15E57, Hsx/alpha) was quiet and stable throughout the period.

The CME associated with the M1 flare that was observed in LASCO C2 coronagraph imagery beginning at 02:00 UTC on November 1 was analyzed and determined to have a likely Earth-directed component with an estimated arrival time at Earth of approximately 06:00 UTC on November 4.