A coronal mass ejection (CME) produced by the long-duration M1.7 solar flare1 at 03:01 UTC on November 2, 2021, reached Earth at 19:57 UTC on November 3, sparking G3 – Strong geomagnetic storming. The CME overtook and merged with at least one, possibly two or more, previously produced CMEs that were on their way toward Earth.

Wind speeds increased to greater than 700 km/s, Bt increased to 20nT, and the Bz component reached a southward deflection of -16 nT as the CMEs hit our planet.

The geomagnetic field ranged from quiet to unsettled levels due to the influence of a positive polarity CH HSS before the impact at 19:57 UTC, with a deviation of 21nT measured at the FRD magnetometer in response to the CME shock arrival. 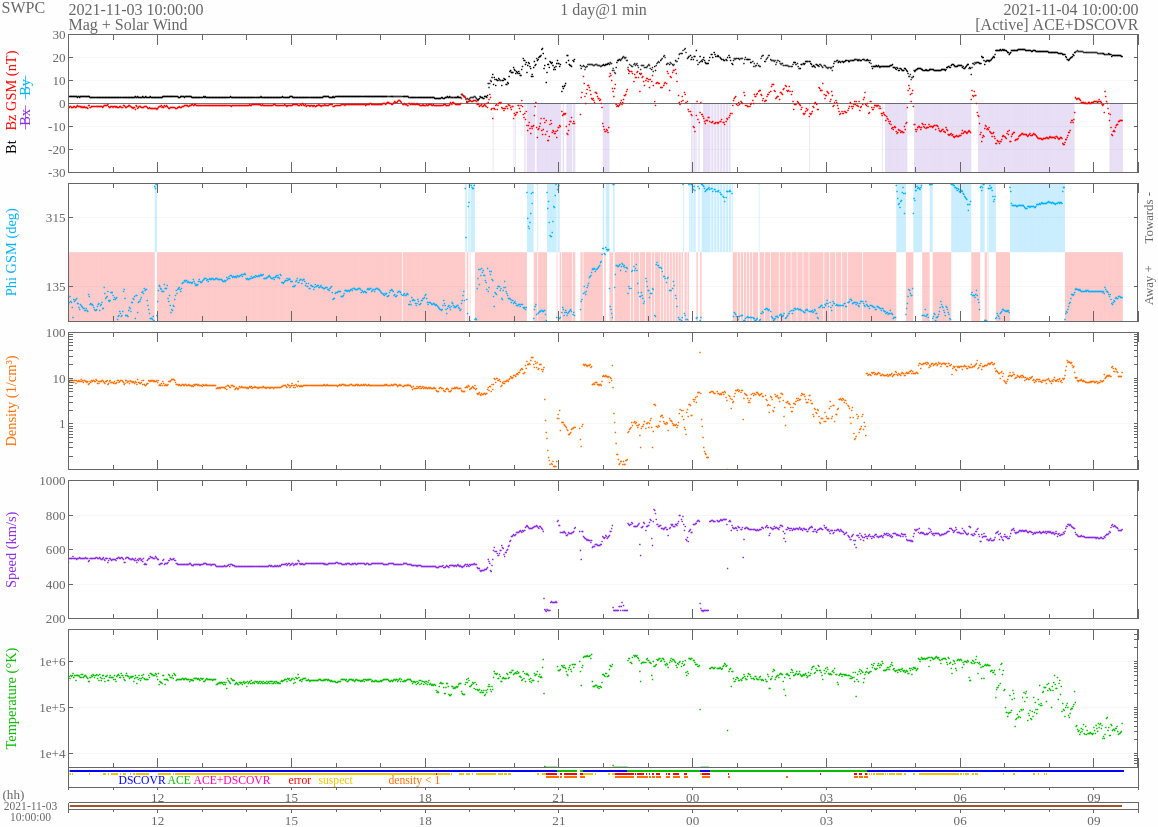 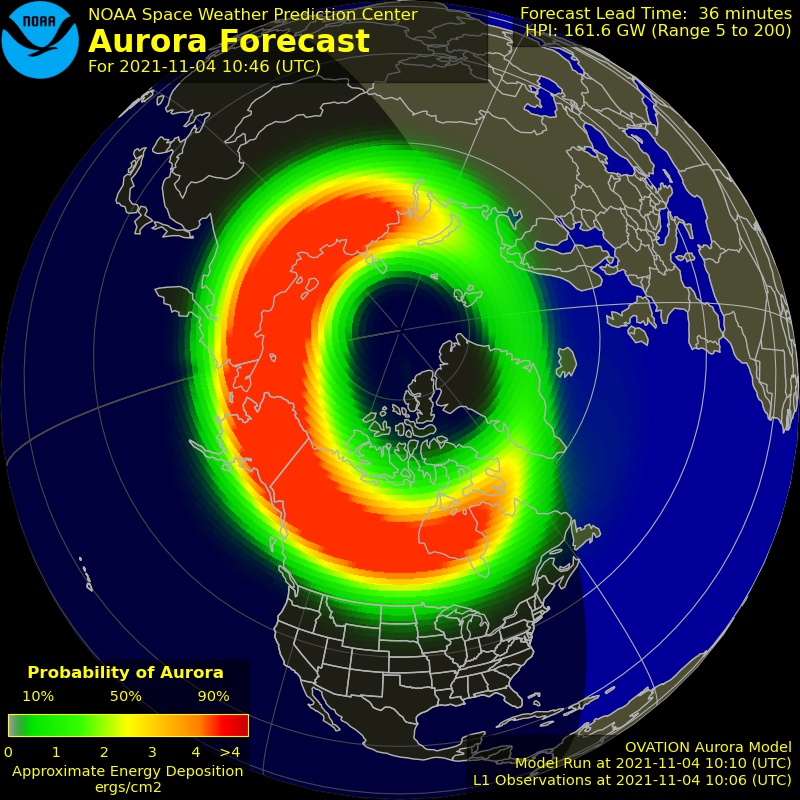 Varik is one of the most experienced guides in Norway, said Tony Phillips of SpaceWeather.com, but Even Markus was impressed.3

"The auroras were strong, one of the best displays in years. I am very tired, but happy." 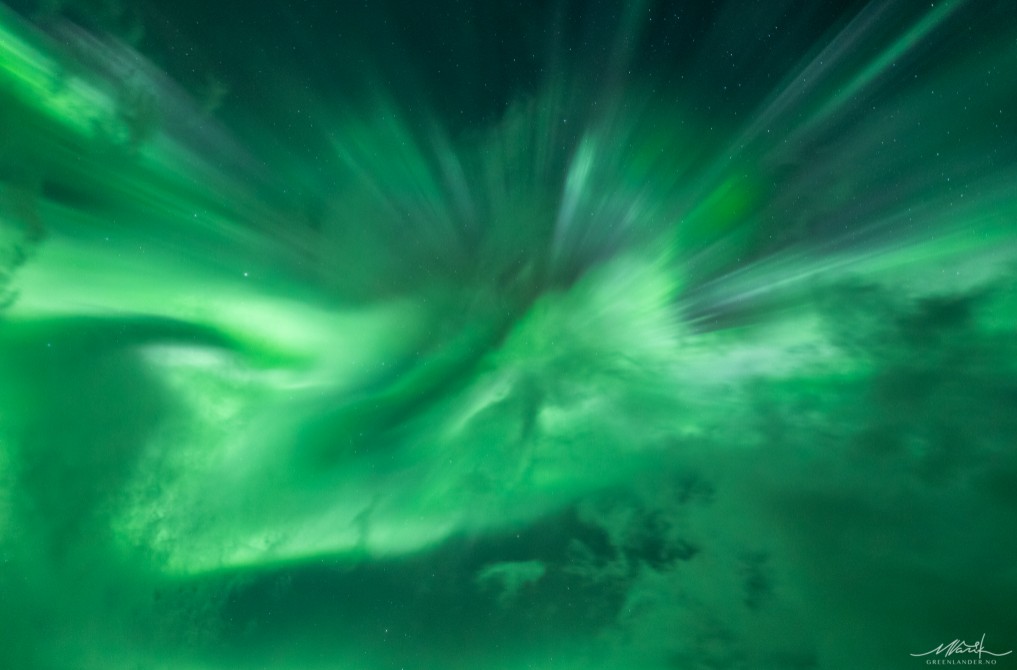 A conglomeration of CMEs from Regions 2887 and 2891 are anticipated to continue keeping solar wind parameters enhanced through November 6.2

Unsettled to active levels are expected on November 5 and 6 as CME effects wane.