"Since 06:50 LT this morning (18:50 UTC, September 1), minor ash emission has been observed from the active vent area at Whakaari/White Island by the web camera," GeoNet Duty Volcanologist Agnes Mazot reports.1

"It has not been clearly visible in camera images from Whakatane, until recently when images became hazy. Satellite images indicate a weak ash plume has now reached the area above the Bay of Plenty Coast. Any impact on the ground is unlikely, but traces of ash could be detected on surfaces."

This weak ashing phase is a continuation of the short episodes observed over the past few weeks at Whakaari, Mazot added. "Today’s is more sustained through time, and due to the northerly wind direction, traces of ash are being transported toward the Bay of Plenty." 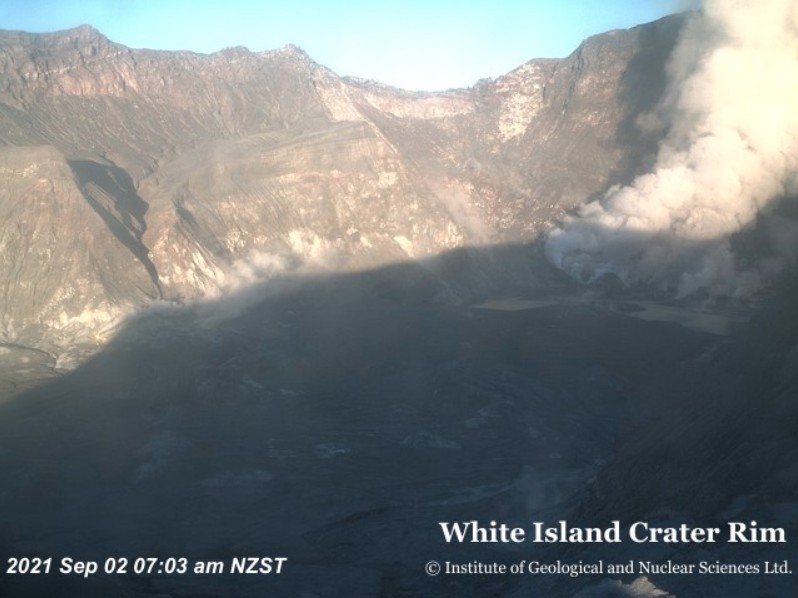 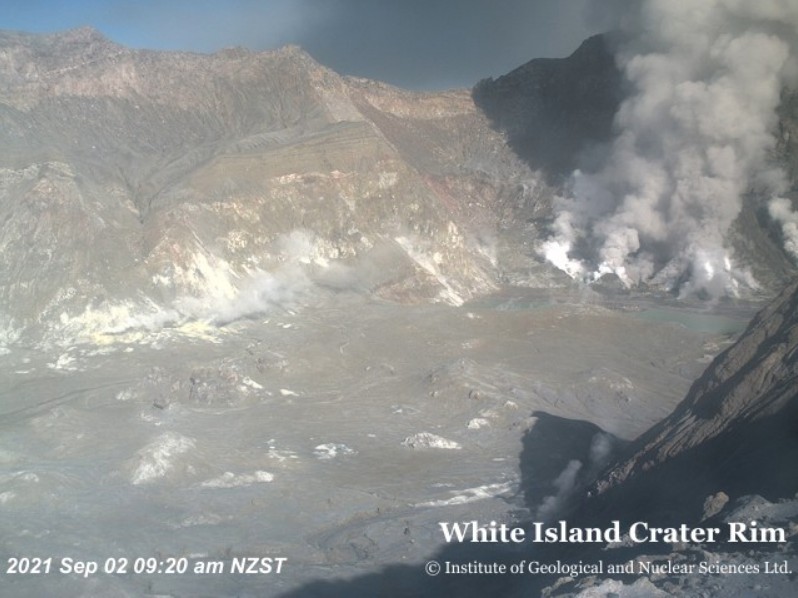 Satellite images from MetService show the volcanic ash going toward the Bay of Plenty coast and reaching the area above it at 13:00 LT (01:00 UTC). This ash plume is unlikely to create any ashfall on the ground, Mazot said.

"Equipment that provides real-time monitoring on the island is currently degraded and we are continuing to work on restoration options."

The current level of activity is consistent with moderate levels of unrest. As such the Volcanic Alert Level remains at 2 and the Aviation Colour Code remains at Yellow.

Volcanic unrest at the volcano increased at the end of July 2021, with sustained greater heat flow and volcanic gas changes, prompting GeoNet to raise the Volcanic Alert Level to Level 2 and the Aviation Color Code to Yellow on July 26.2