Tropical Storm "Elsa" strengthened into a hurricane at 12:30 UTC on July 2, 2021, 65 km (40 miles) W of Barbados, making it the first hurricane of the 2021 Atlantic hurricane season. Elsa is the farthest east that a hurricane has formed this early in the calendar year in the tropical Atlantic since 1933 and currently the strongest July hurricane in the eastern Caribbean since Emily in 2005.

Elsa brought winds up to 120 km/h (75 mph) and heavy rains to Barbados and St. Vincent and the Grenadines, forcing authorities to open dozens of shelters and urge people to evacuate low-lying areas prone to flash flooding, mudslides, and lahars.

With Elsa reaching maximum sustained winds of 140 km/h, it became the strongest July hurricane in the eastern Caribbean since Hurricane "Emily" in 2005.

A Tropical Storm Warning is in effect for St. Vincent and the Grenadines, St. Lucia, Martinique, Dominica, the coast of Haiti north of Port Au Prince, south coast of the Dominican Republic east of Punta Palenque to Cabo Engano and Jamaica, where a Hurricane Watch is also in effect. Tropical Storm Watch is in effect for Grenada and its dependencies, Saba and Sint Eustatius, north coast of the Dominican Republic from Cabo Engano to Bahia de Manzanillo, Cayman Brac, and Little Cayman.

Interests elsewhere in the Windward Islands, Leeward Islands, the Virgin Islands, Puerto Rico, the Dominican Republic, Cuba, and the Cayman Islands should monitor the progress of Elsa as additional watches and warnings will likely be required later today, NHC forecasters said. 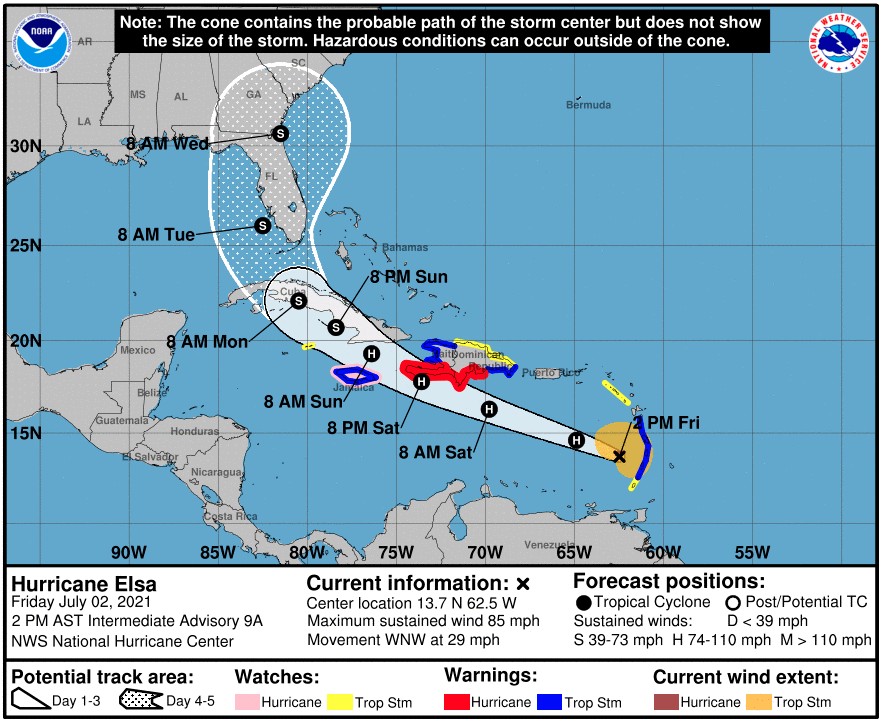 The hurricane is expected to continue moving WNW during the next couple of days, with some decrease in forward speed by Sunday night (local time).

On the forecast track, Elsa will move away from the Windward Islands during the next several hours, move across the eastern Caribbean Sea this afternoon and tonight (LT), and move near the southern coast of Hispaniola late Saturday or Saturday night, July 3.

By Sunday, Elsa is forecast to move near Jamaica and portions of eastern Cuba, and move near portions of central and western Cuba Sunday night and early Monday, July 5. 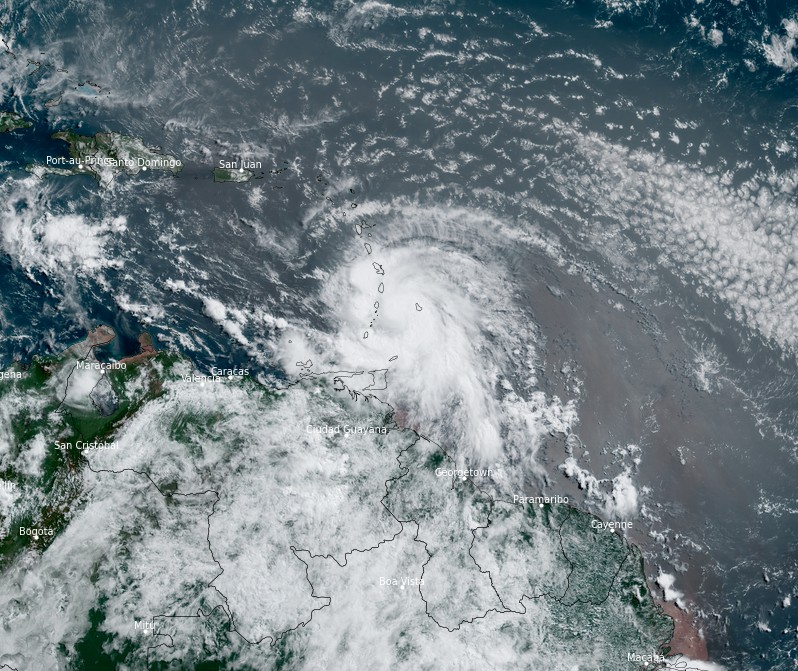 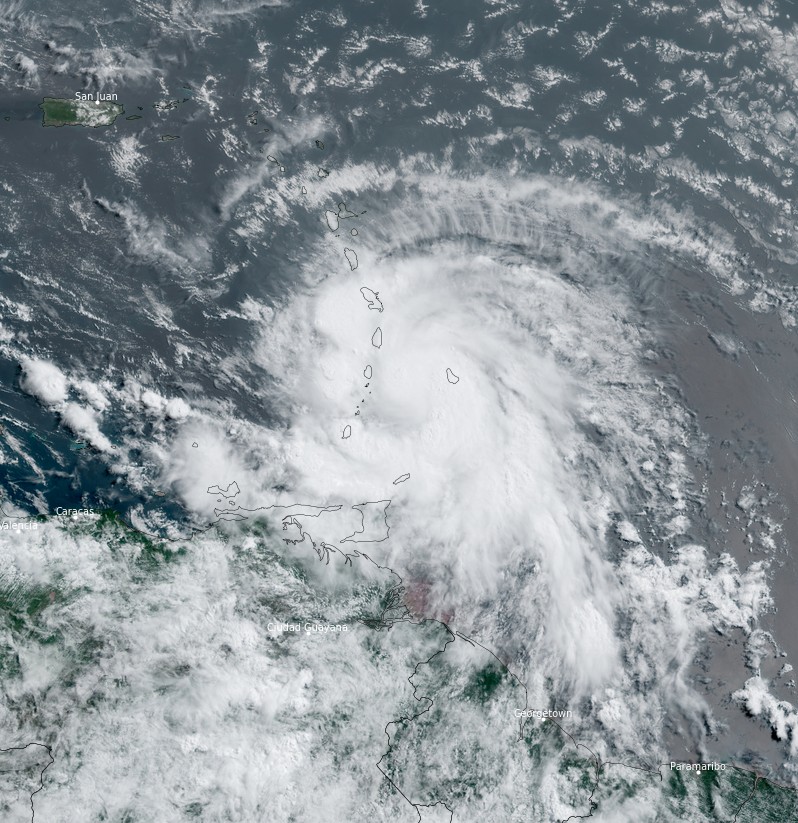 "Elsa has reached hurricane strength at 59.8°W – the farthest east that a hurricane has formed this early in the calendar year in the tropical Atlantic (south of 23.5°N) since 1933," Dr. Philip Klotzbach said.