An increase in volcanic activity was reported near the Fagradalsfjall eruption site in Southwest Iceland on Saturday, June 26, 2021. If the development continues, authorities said lava will flow sooner than expected over Suðurstrandarvegur road, a key road that connects Grindavik and South Iceland.

After lying dormant for 800 years, the volcano in the Fagradalsfjall eruption site erupted on March 19, 2021, and has continued erupting ever since.

A satellite image taken June 26 showed increased volcanic activity at the Fagradalsfjall eruption site. The picture, taken using near-infrared light, display heat distribution in the lava, where the active lava flow is red and yellow and the white areas indicate the vent and lava channels.

"There is much more activity [at the eruption site] than before," said Þorvaldur Þórðarson, professor of volcanology at the University of Iceland. "Most of the surface flow from the crater flows into Geldingadalur valley."

The yellow dots near the center indicate lava lakes. In Meradalur valley, the crust looks thick but underneath it is burning lava, he added.

Some change is also taking place in Geldingadalir valley, which will possibly increase stress on a protective wall toward the south. The wall, which was completed last week, stands 5 m (16 feet) and is 200 m (656 feet) long.

"If more is flowing into Geldingadalir valleys, it is a reason for worry, since it means that the course of events will be faster," said Þorvaldur.

If the volcanic activity continues, lava will flow sooner than expected from Nátthagakriki valley over Suðurstrandarvegur road, which is a major road that links the town of Grindavik and South Iceland.

After crossing the road, the lava could continue flowing toward the ocean. 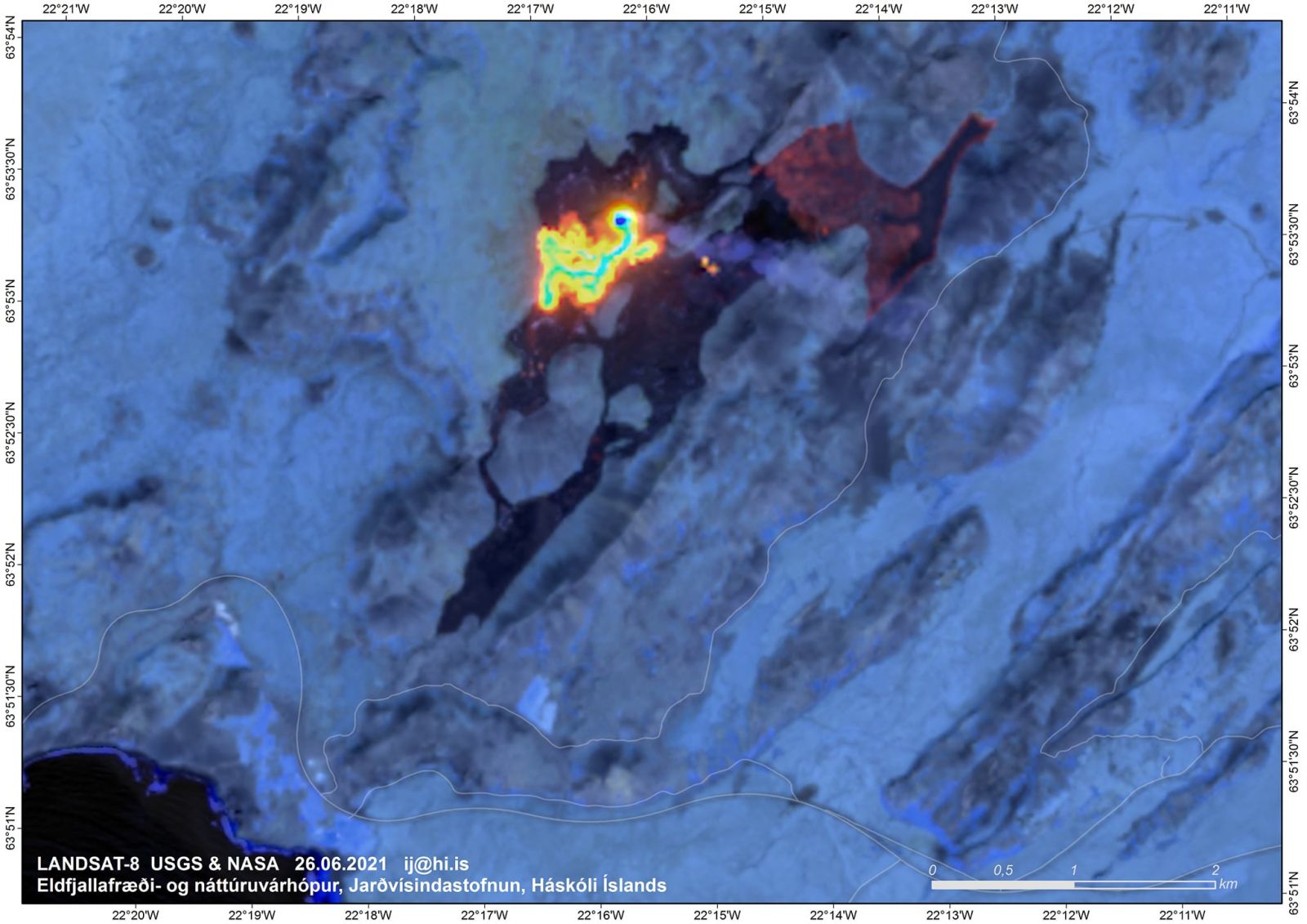 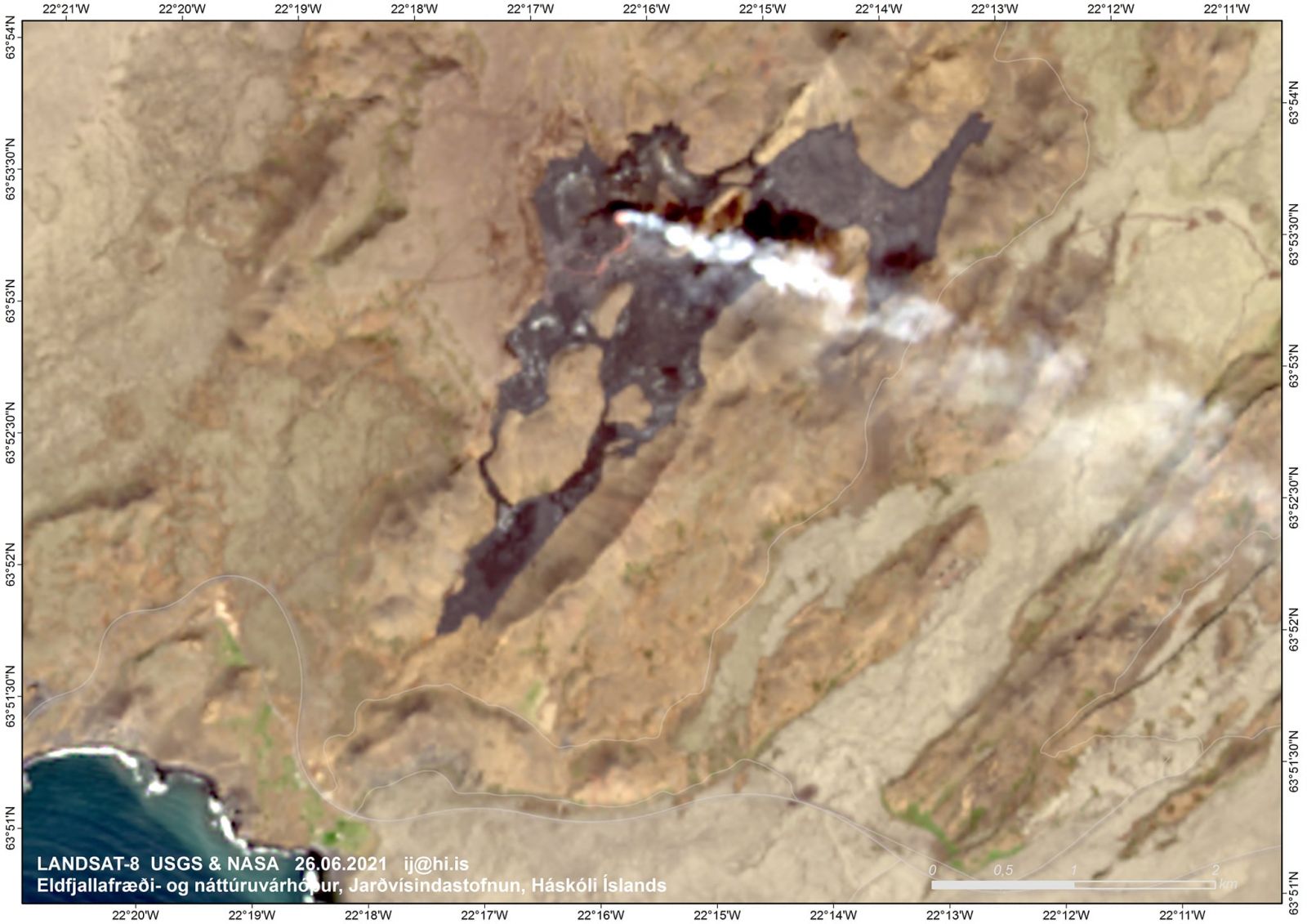 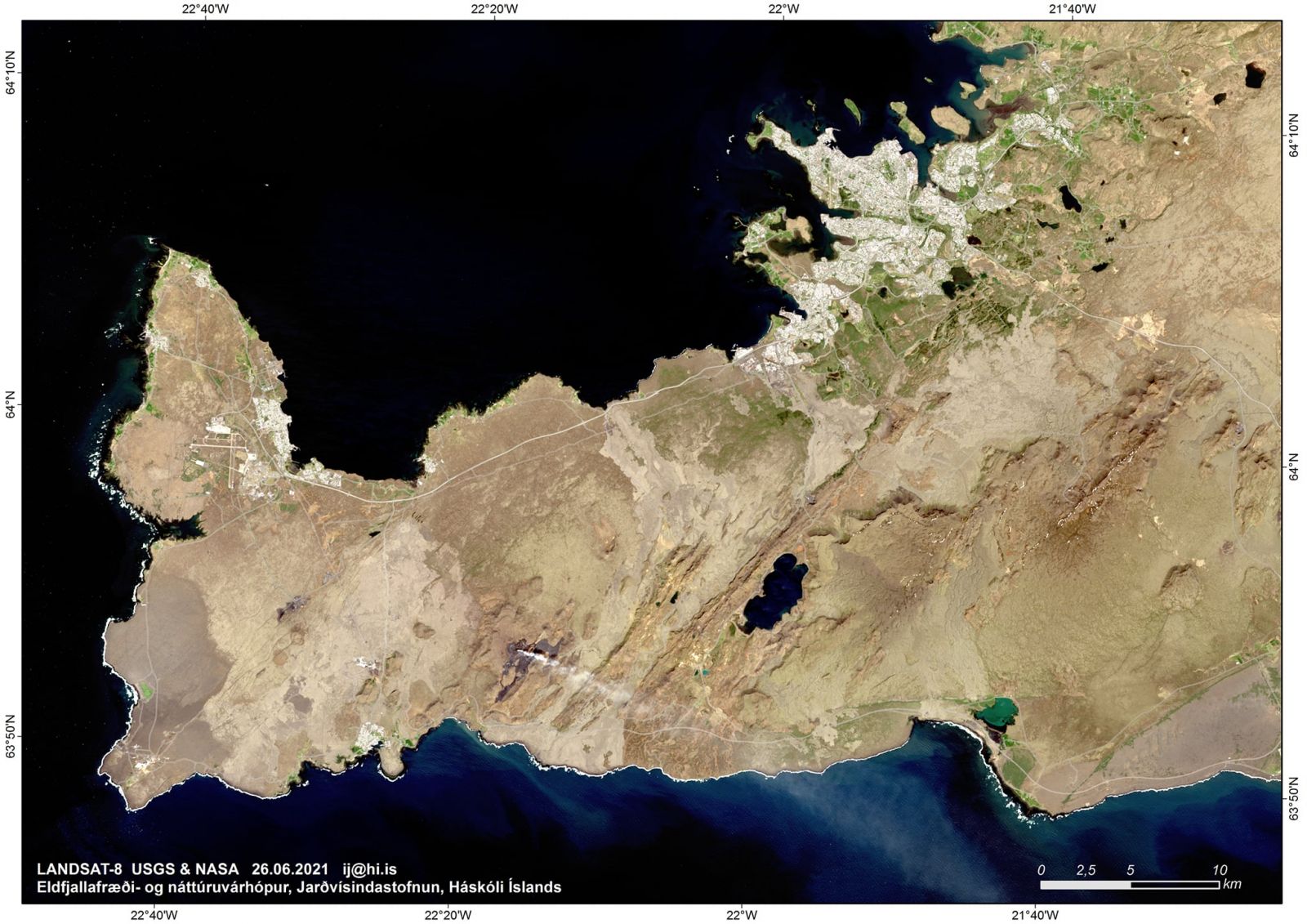 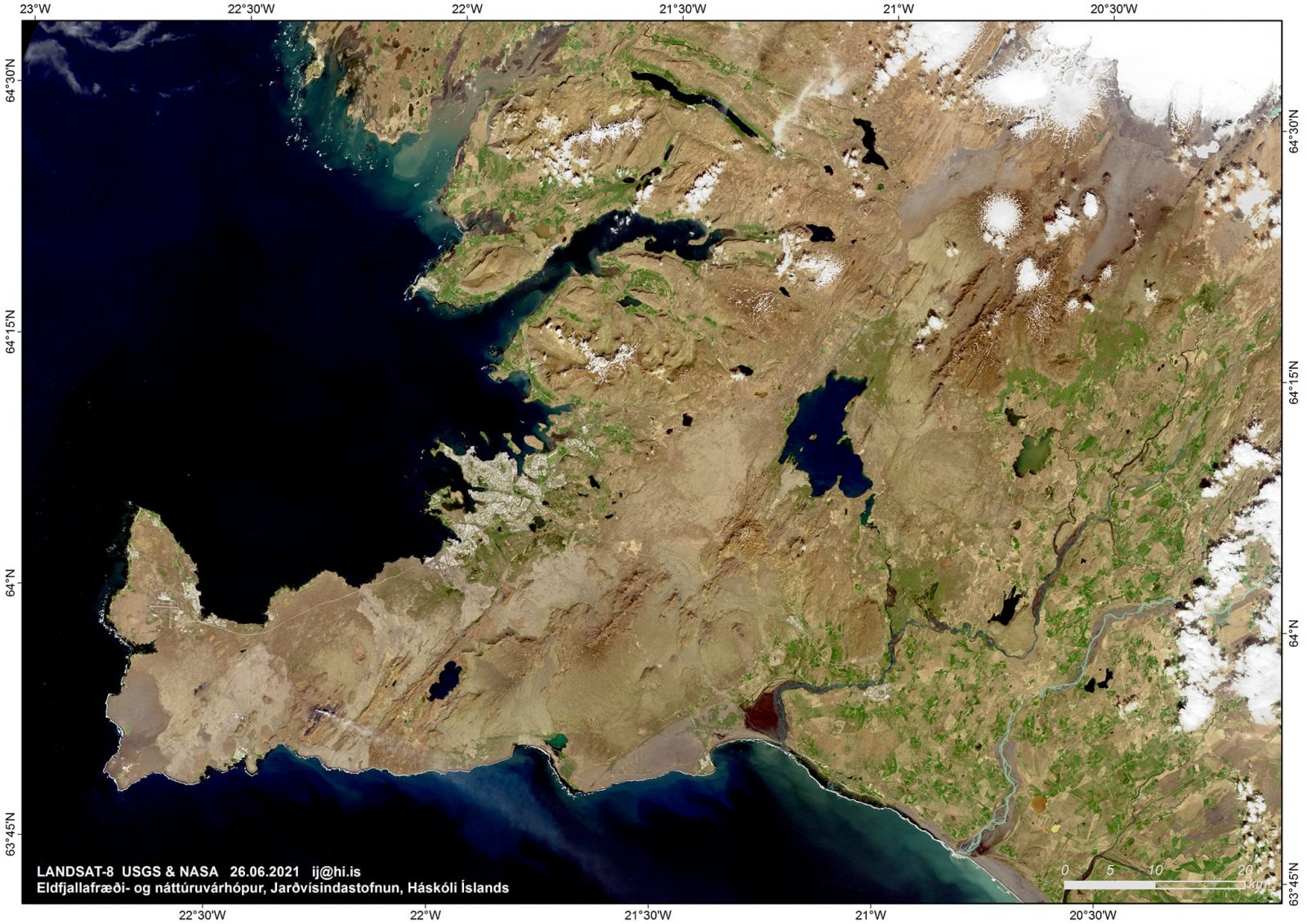 The latest eruption, identified through tephrochronology, took place during the 14th century. (GVP)