A volcanic eruption started near Fagradalsfjall in Geldingadalur, Krýsuvík-Trölladyngja volcanic system, Iceland's Reykjanes Peninsula at 20:45 UTC on March 19, 2021, after more than 50 000 earthquakes registered since February 24. The last eruption in this area took place in 1340 (VEI 1) – 681 years ago.

The magma area is approximately 1 km2 (0.38 mi2) and lava fountains are still small at this stage.

The eruption was first seen on a web camera positioned close the mountain. It was also confirmed on thermal satellite imagery.

The eruption site is in a valley, about 4.7 km (2.9 miles) inland from the southern coast of the Reykjanes Peninsula.

The coastal town of Grindavík is the closest populated region to the eruption site, located approximately 10 km (6.2 miles) to the southwest.

After more than 50 000 earthquakes detected since February 24, 2021, earthquake activity in the region of the magma intrusion has been lower in recent days, and there is presently no intense seismicity occurring in the region.

Earlier in the day, several low-frequency earthquakes were recorded below Fagradalsfjall.

There are presently no reports of ashfall, although tephra and gas emissions are to be expected.

In line with well-rehearsed contingency plans, the Aviation Color Code for the Reykjanes Peninsula has been elevated to Red, signifying an eruption in progress.

Additional domestic restrictions have been put in place, including the closure of Reykjanesbraut – the main road from the capital region to Reykjanesbær and the international airport at Keflavík. 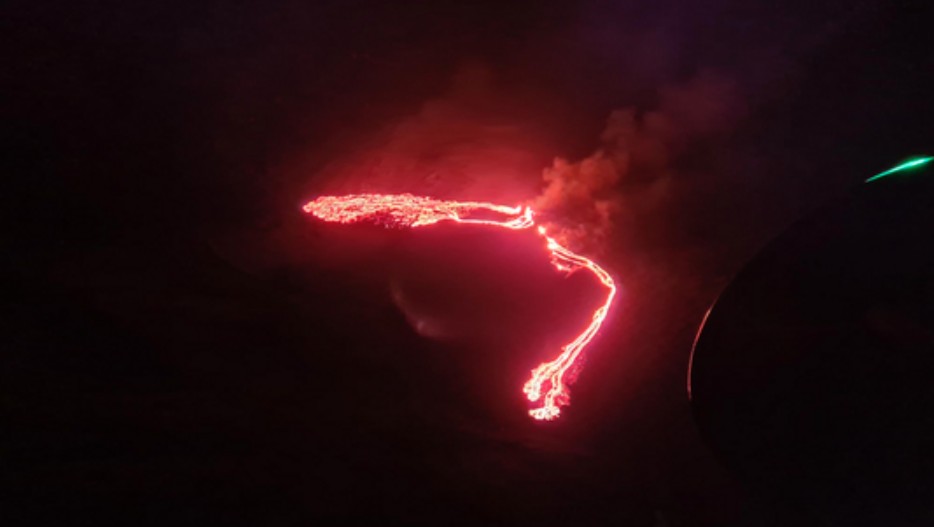 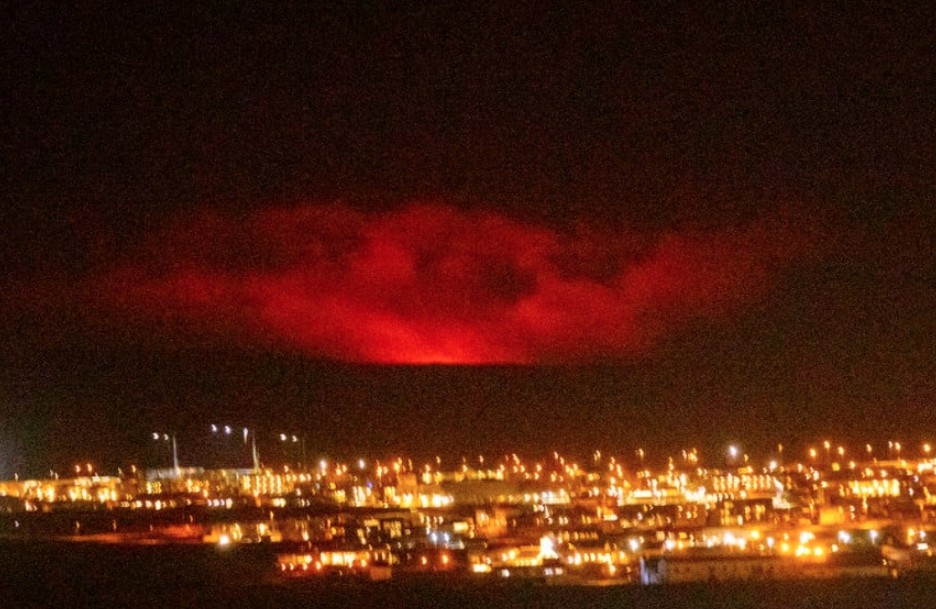 "Given the extent of the eruption as it is now, it doesn't seem to threaten a building or structures," IMO said.

"However, there is a possibility that gas pollution can cause discomfort to people. Forecasts of gas distribution from the volcanic eruption will be released in the near future. The weather forecast predicts some strong winds and rainfall that will reduce the impact of possible pollutants from the volcanoes."

The latest eruption, identified through tephrochronology, took place during the 14th century.