A slow-slip event started around June 14, 2021, near Gisborne, New Zealand and models suggest several cm of movement has occurred at the plate boundary so far. This is the second slow-slip event off the coast of North Island since the May 2021 event near Porangahau.

GeoNet scientists have so far measured about 2 cm (0.8 inches) of eastward displacement at the on-land GPS site at Gisborne. 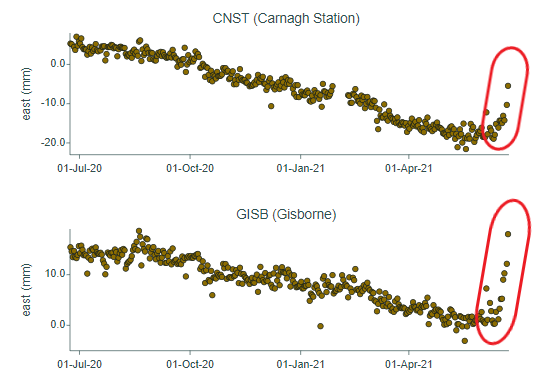 The slow-slip record at Gisborne has shown regular events every 1 – 2 years with much larger events every 4 – 6 years. The last event of similar size near Gisborne occurred in April – June 2019.

During that slow-slip event, GeoNet recorded many small-to-moderate earthquakes in the area, including a M5.1 quake near Mahia Peninsula.

"We expect to see a similar pattern of small earthquakes near Gisborne for this current slow-slip event, in line with what has been observed during previous events," said Laura Wallace, GNS Science Geophysicist.

A cluster of about 60 small earthquakes was detected north of Gisborne over the past two weeks, coincidental to the timing of the slow-slip event. Five of these have been over M3.

The largest was a magnitude 4.2 on Wednesday, June 16 that wasn't widely felt. Most of these events have been unnoticeable.

This is the second slow-slip event off the coast of North Island since the Porangahau event of May 2021.

"Even though these two East Coast slow-slip events are a couple of hundred kilometers apart, we often see such events clustering in time. For example, a series of slow-slip events like this occurred in 2011 and 2016," Wallace said.

The Pōrangahau event lasted for about 2 weeks and finished up in early June. In addition, GeoNet has located 50% more earthquakes in this region in the last month.

"Our scientists had been anticipating the Pōrangahau slow-slip event, as there is a record of one happening in the region about every five years," Wallace said.

GeoNet has located 50% more earthquakes in the Pōrangahau region in the last month. 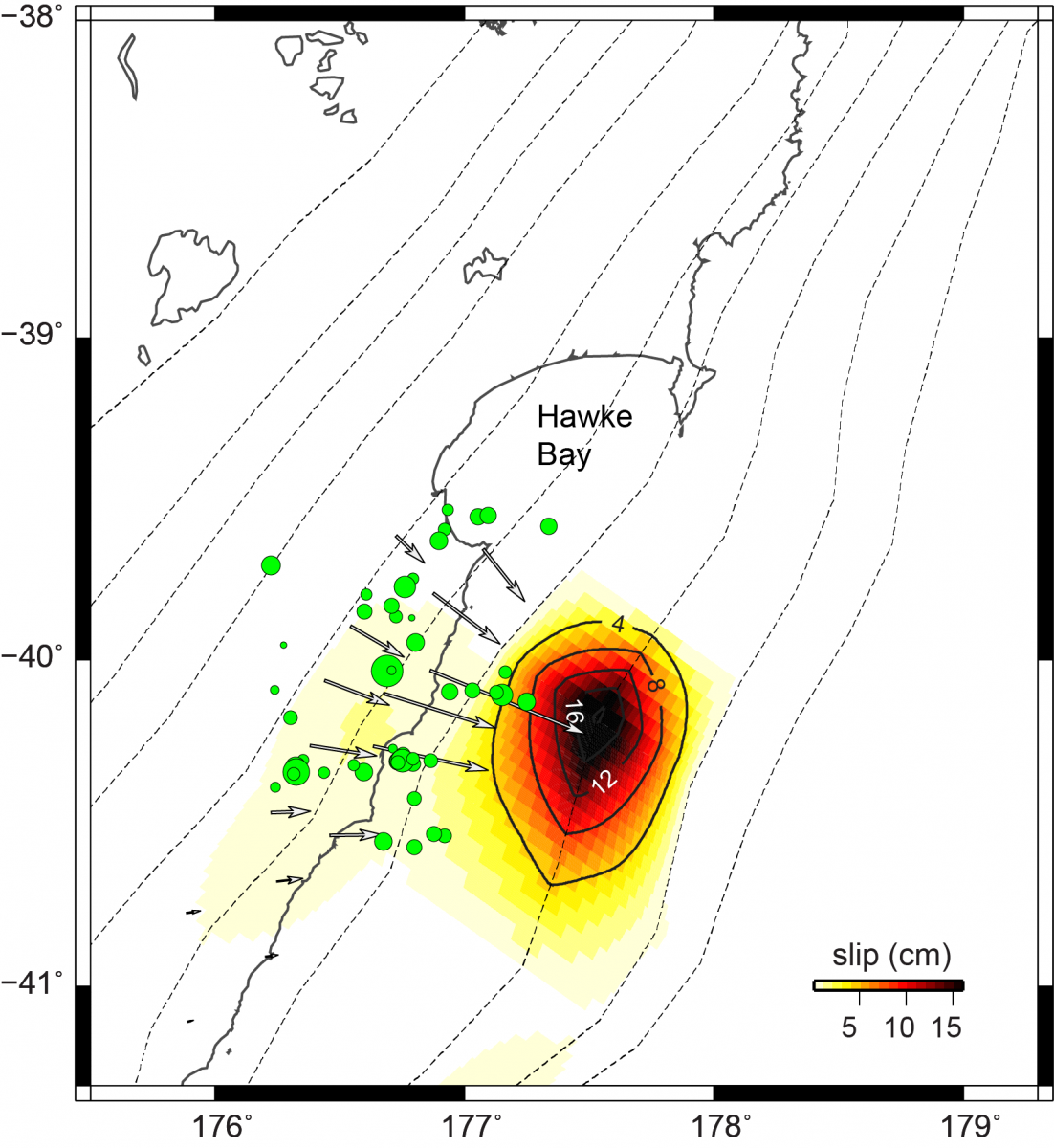 Slow-slip events are undetectable by both humans and seismograph networks because they move faults over weeks to months instead of within seconds like normal earthquakes. They are typically associated with increased numbers of small earthquakes.