9 000 people are estimated to have felt moderate shaking and 278 000 light, according to the USGS. 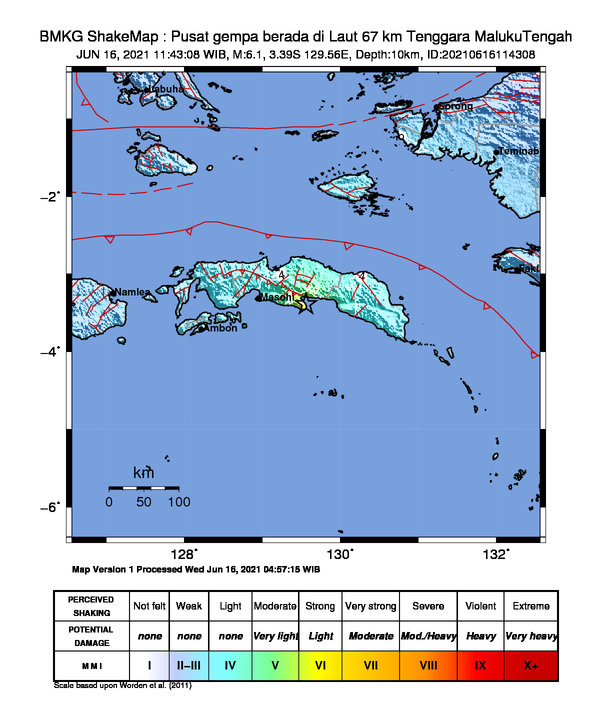 The Indonesian Agency for Meteorology, Climatology and Geophysics (BMKG) warned of possible aftershocks and tsunami potential, especially to Seram Island. "Please move away from beaches and move to higher ground," BMKG said.

While the agency initially said there was no tsunami potential, it later said a tsunami wave could potentially be triggered by landslides.

"The results of tsunami modeling with a tectonic earthquake source showed that this earthquake has no tsunami potential, but based on observations of sea level… it showed the sea level rose as high as 0.5 m (1.6 feet)," BMKG said.

Residents along the coast of Tehoru panicked and ran up nearby hills when the sea started rising, but many have since returned home.

Local officials said some buildings sustained damage like cracked walls and windows, but there were no reports of injuries or casualties. 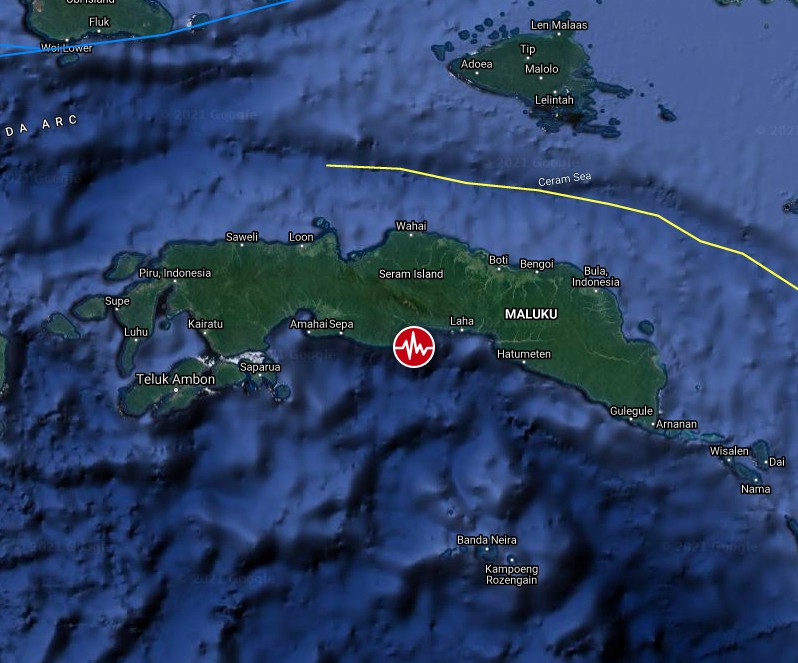 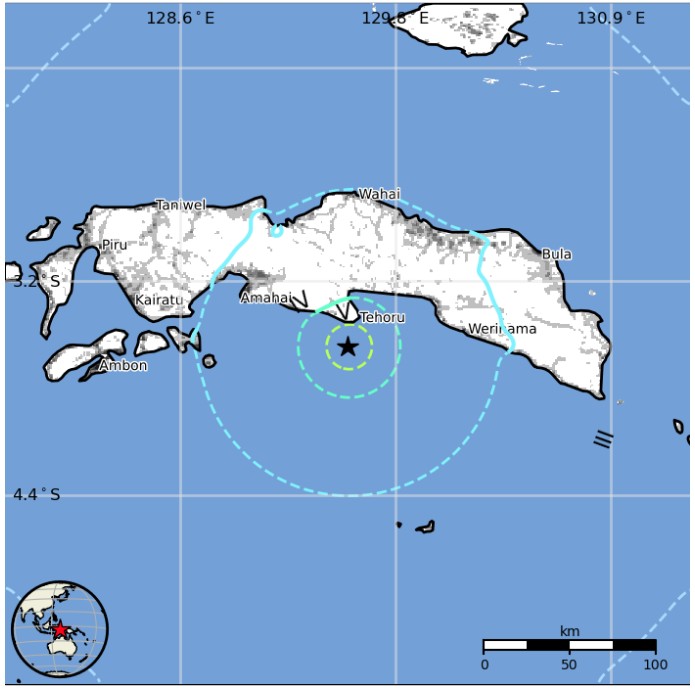 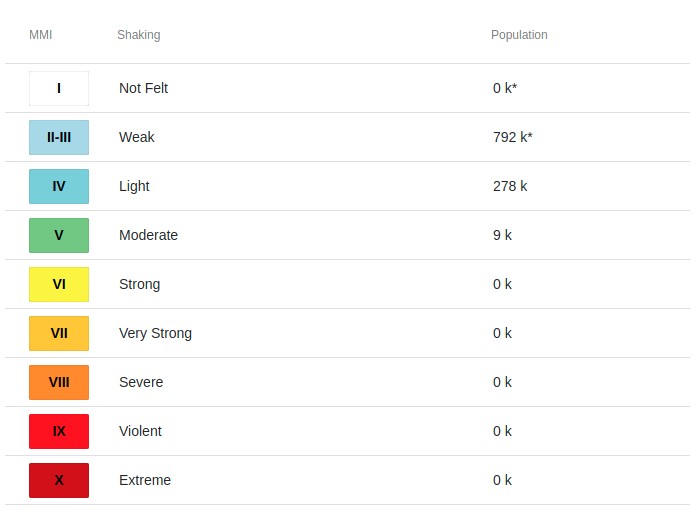 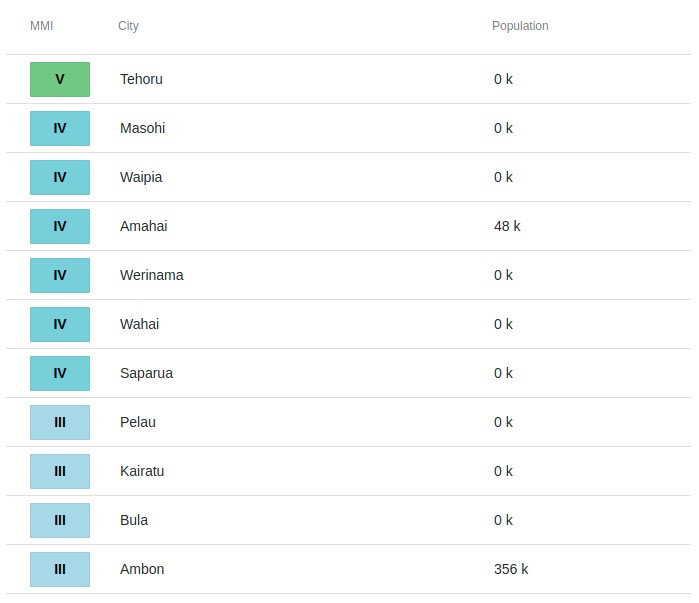 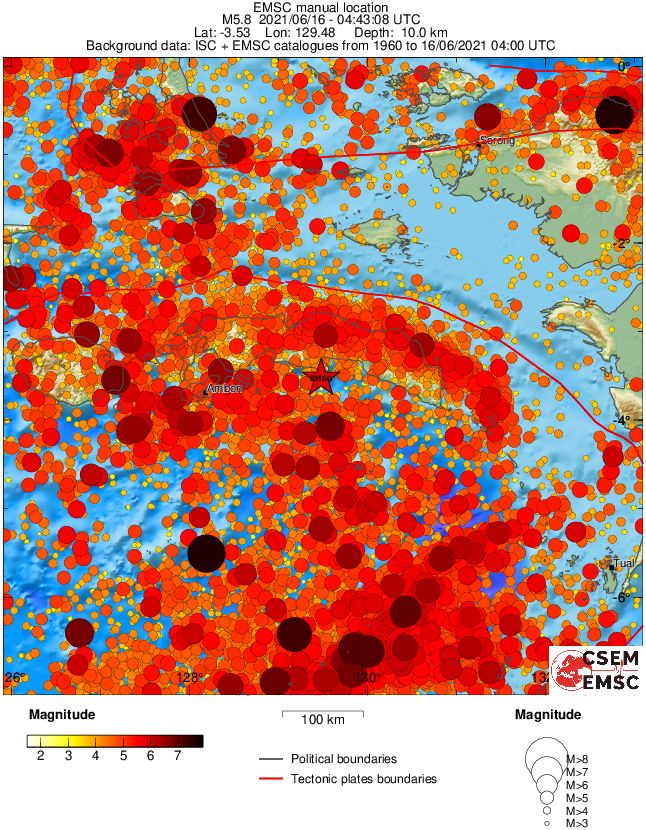