A small part of coronal mass ejection (CME) produced by a long-duration C-class solar flare on May 28 hit Earth on June 2, 2021, barely disturbing Earth's magnetic field. Solar wind parameters are likely to become slightly enhanced due to the influence of a negative polarity CH HSS combined with lingering weak CME influence over the next 24 hours.​

Following the weak CME passage over DSCOVR spacecraft at L1 point, a modest response was measured at the global network of magnetometers, falling short of a typical sudden impulse signature. Kp-index increased only to a 3 — unsettled levels — at 15:00 UTC on June 2, before returning back to quiet conditions.

Solar wind parameters are likely to become slightly enhanced due to the influence of a negative polarity CH HSS combined with lingering weak CME influence over the next 24 hours. Levels should remain elevated on June 3 and 4 as CH influences persist. A return to mostly ambient conditions is expected on June 5.

Consequently, the geomagnetic field is expected to undergo weak enhancements, with unsettled to active conditions due to the influence of a negative polarity CH HSS combined with weak lingering CME influence over the next 24 hours. Levels should remain elevated on June 3 and 4, followed by a return to mostly ambient conditions on June 5. 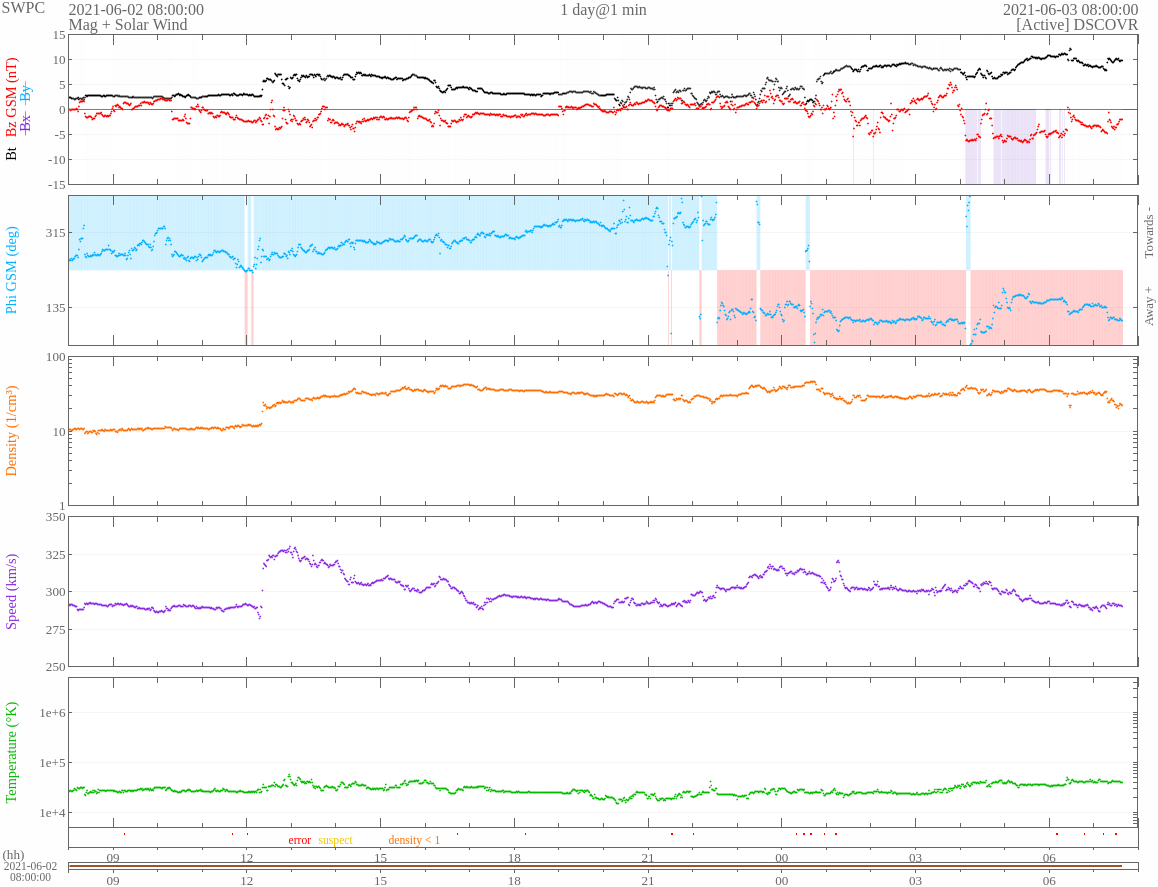