Tropical Cyclone "Choi-wan" will make landfall over Batangas Province, Philippines at around 09:00 UTC (17:00 LT) on June 2, 2021, and traverse western and central Luzon over the next 2 days. Prolonged heavy rains have already flooded parts of Mindanao, leaving 3 people dead and one missing. DOST-PHIVOLCS has issued lahar advisory for Mayon volcano on June 1, and Taal and Pinatubo volcanoes on June 2, 2021.

Tropical Storm "Choi-wan" — known as Dante in the Philippines — formed at 00:00 UTC on May 31 as the third named storm of the 2021 Pacific typhoon season.

The storm made its first landfall at 12:30 UTC on June 1 over Sulat, Eastern Samar as a minimal tropical storm. JTWC downgraded it to a tropical depression at 15:00 UTC, two hours before its second landfall over Cataingan.

Heavy rains produced by the storm have already flooded parts of Mindanao, leaving at least 3 people dead and one missing on June 1. Classes and government work for parts of Davao de Oro, Eastern Samar, Leyte, and Surigao del Sur were suspended. 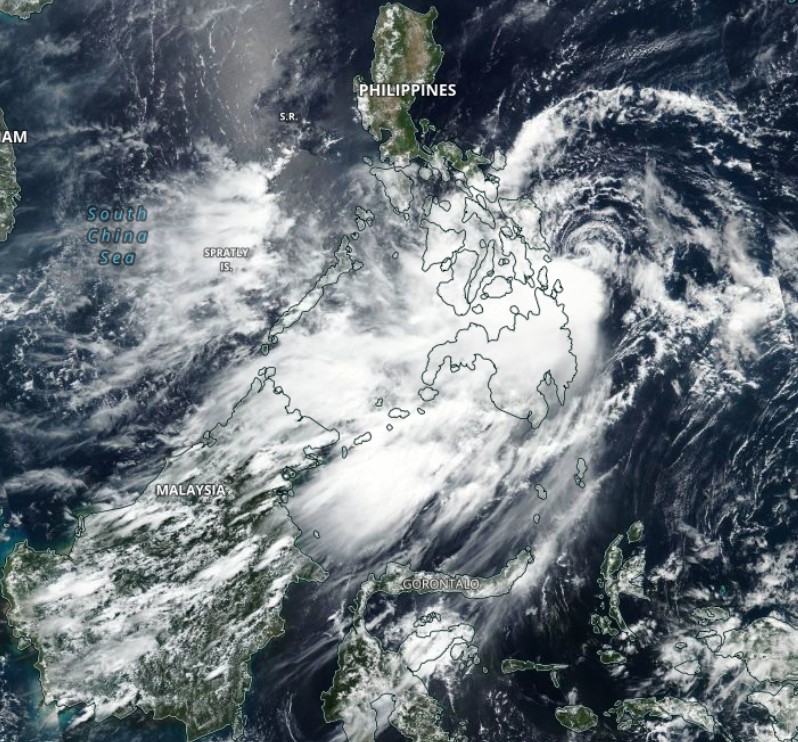 Gale-force winds are extending up to 50 km (31 miles) from the center. 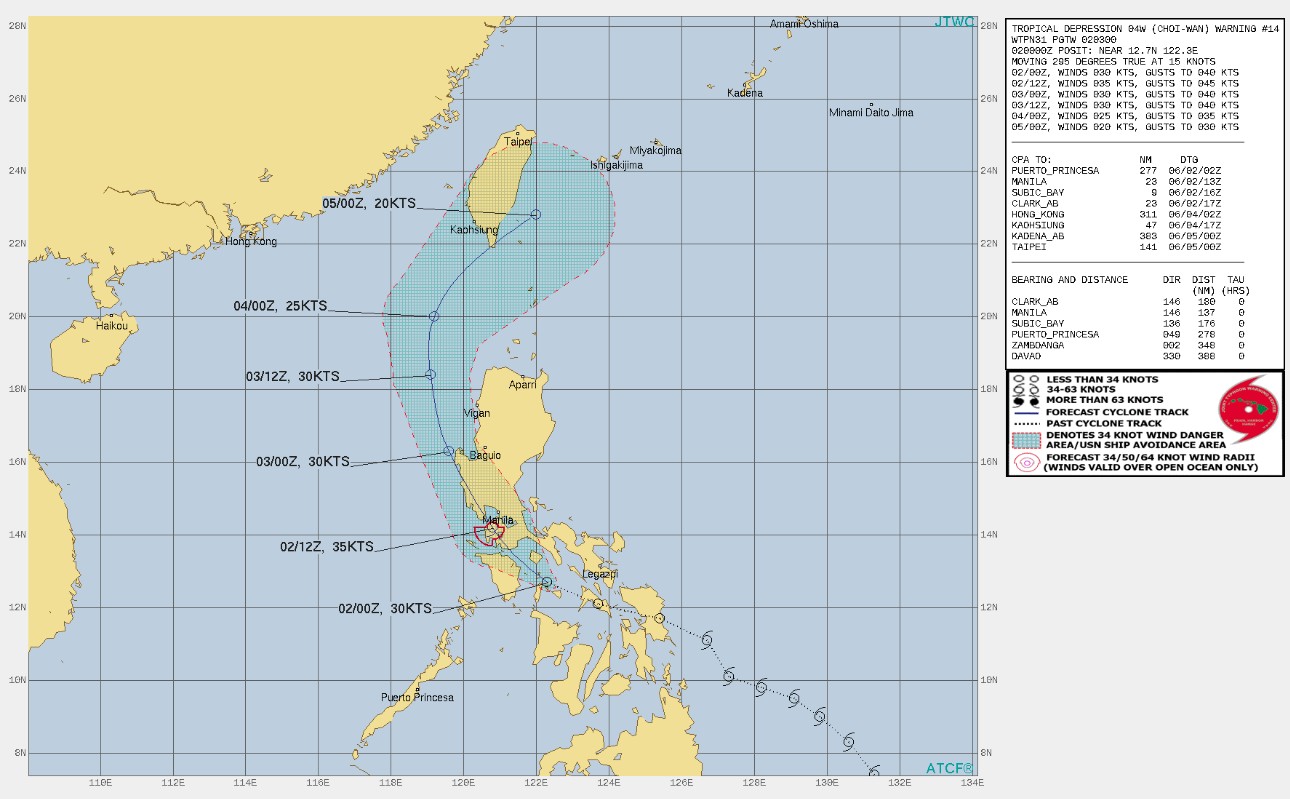 Moderate to heavy rains are expected over the rest of Central Luzon, Metro Manila, the northern portion of Palawan including Calamian, Cuyo, and Cagayancillo Islands, Iloilo, and Guimaras.

Light to moderate with at times heavy rains are expected over Bicol Region, Benguet, Nueva Vizcaya, Quirino, Negros Occidental, and the rest of MIMAROPA.

Under these conditions and considering antecedent rainfall, scattered to widespread flooding (including flash floods) and rain-induced landslides are expected, especially in areas with high or very high susceptibility to these hazards as identified in hazard maps, PAGASA warns.

Adjacent or nearby areas may also experience flooding in the absence of such rainfall occurrence due to surface runoff or swelling of river channels.

Strong winds to gale-force winds are possible over the areas where Tropical Cyclone Wind Signal #2 is hoisted. Such conditions may bring generally light to moderate damage to structures and vegetation.

Strong winds (strong breeze to near gale) which may cause generally very light damage to structures and vegetation may be experienced in areas where TCWS #1 is in effect.

Over the next 24 hours, rough to very rough seas (2.5 to 4.0 m / 8.2 to 13 feet) will be experienced over the seaboards of areas where TCWS #2 is in effect and the seaboards of Bicol Region. Sea travel is risky for small seacrafts over these waters. Mariners without the proper experience should immediately seek safe harbor, PAGASA said.

Moderate to rough seas (1.2 to 3.0 m / 3.9 -10 feet ) are expected over the seaboard of areas where TCWS #1 is in effect, the remaining seaboards of Visayas, the seaboard of Caraga, the northern seaboard of Northern Mindanao, and the eastern seaboard of Davao Oriental. Mariners of small seacrafts are advised to take precautionary measures when venturing out to sea. Inexperienced mariners should avoid navigating in these conditions.