Extremely Severe Cyclonic Storm "Tauktae" has started to make landfall over the coast of Saurashtra, between Diu and Una, Gujarat, India at around 15:00 UTC on May 17, 2021. This is the first named storm of the 2021 North Indian Ocean cyclone season and the strongest to hit Gujarat since 1998. More than 200 000 people were evacuated ahead of landfall.

"The forward sector of the eye is entering into the land. The center of the cyclone will cross the Saurashtra coast to the east of Diu within the next 3 hours. Outer cloud band lies over Saurashtra," the India Meteorological Department (IMD) said 15:46 UTC. 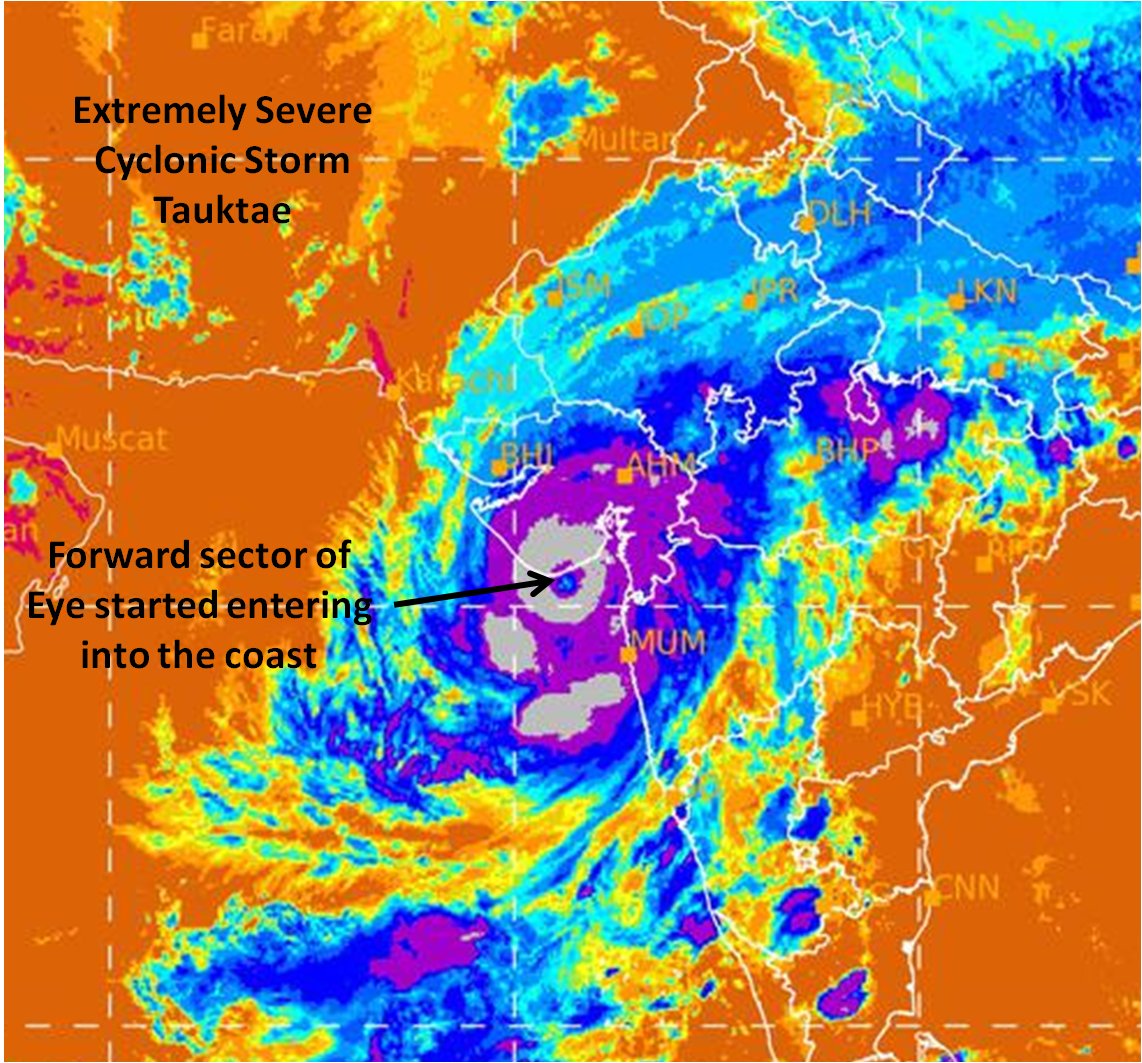 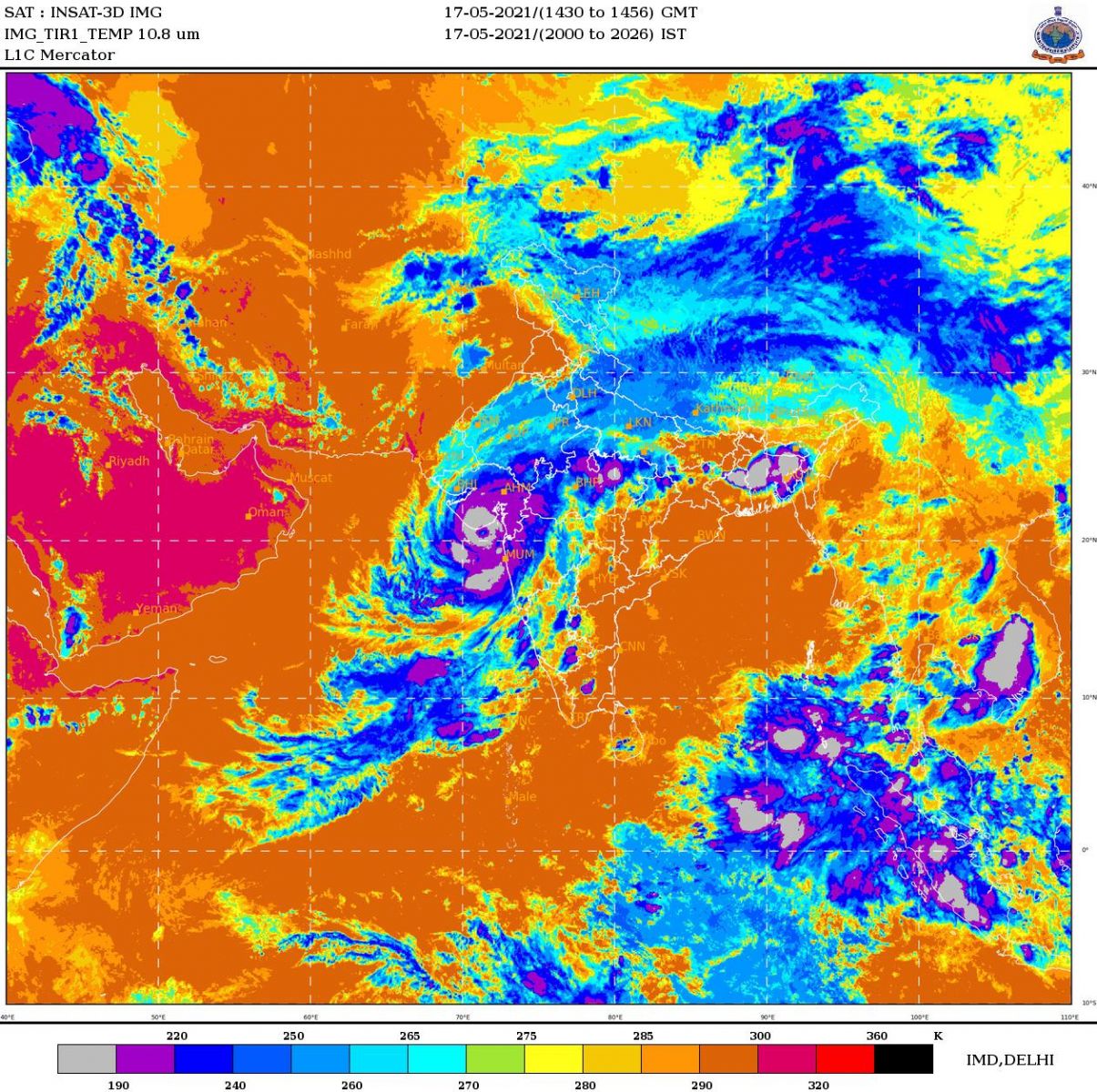 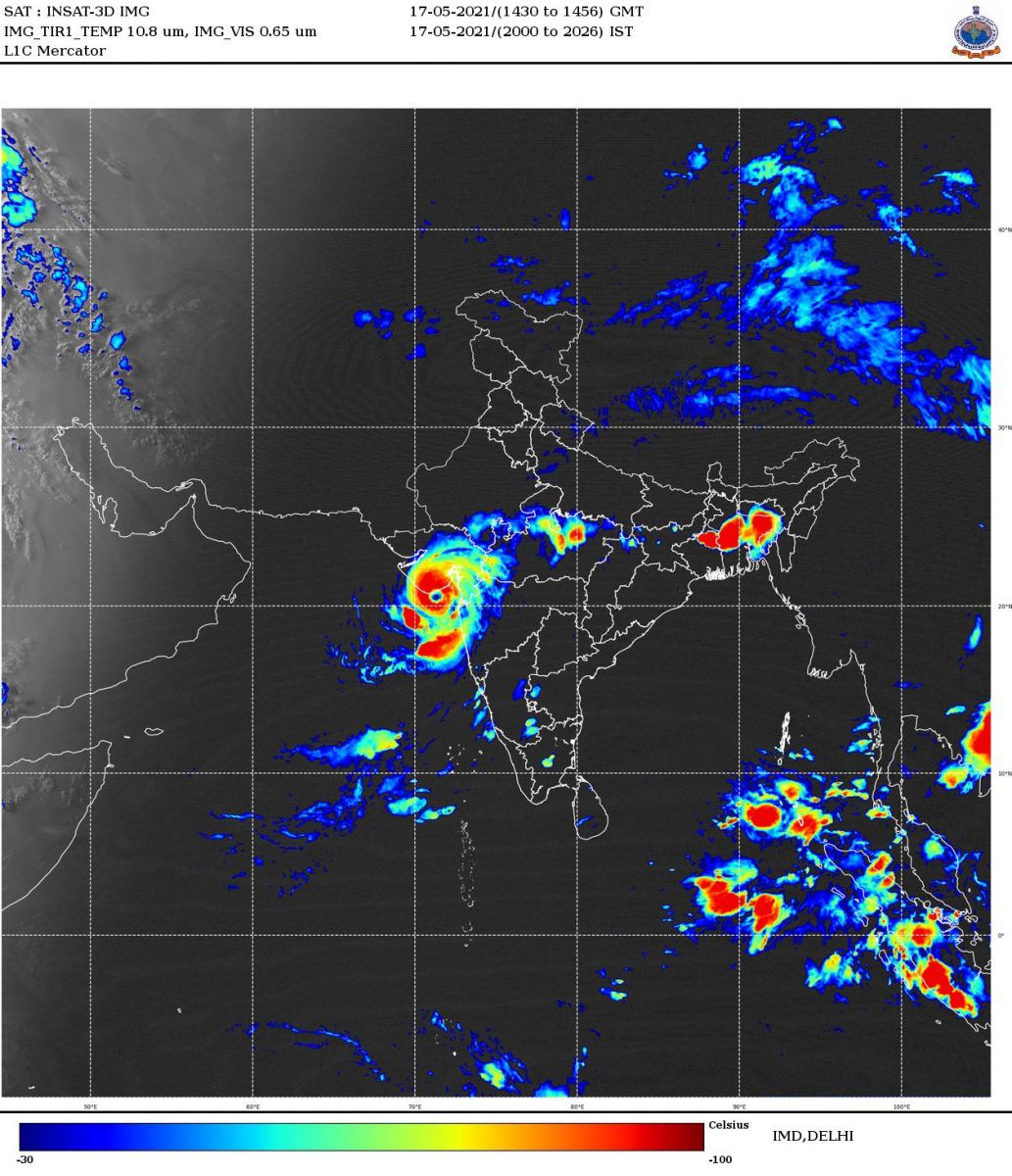 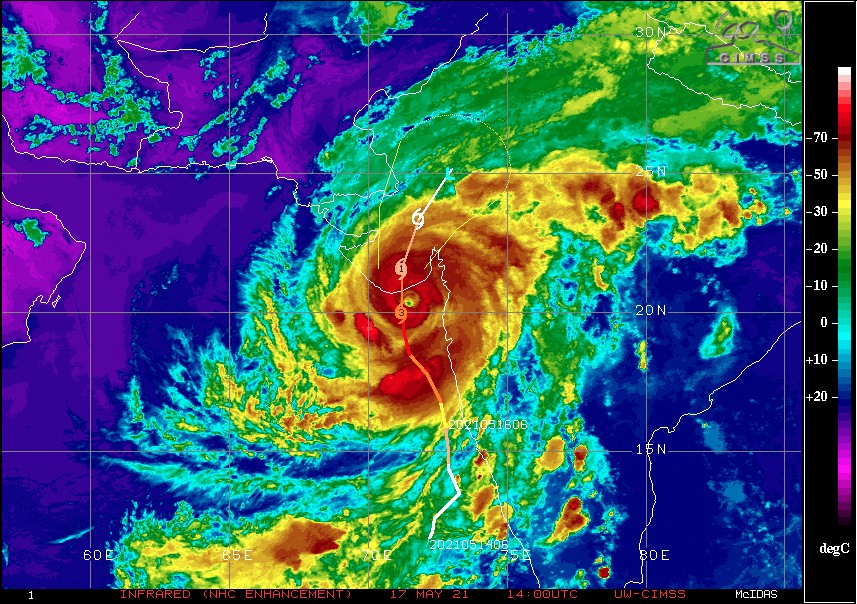 Heavy to very heavy rainfall is continuing over north Konkan, including Mumbai, and will continue for the next 12 hours,

Tidal wave above astronomical tide is likely to inundate coastal areas as per details below:

The system claimed the lives of 6 people in India and 4 in Sri Lanka before making landfall.

A vessel (Barge P305) with 273 people aboard drifted away off Mumbai's coast on Monday and sank early Tuesday. The aerial search commenced at first light, the Indian Navy officials said. 177 people were reportedly rescued as of Tuesday morning.

IMD forecasters expected it to move NNE and weaken into a deep depression during the next 6 hours.

Some 16 500 homes were damaged in Gujarat and power was cut for millions in the affected region.

The death toll rose to 118 on May 20, with 37 confirmed deaths from a barge that sank off Mumbai and 81 more in other parts of India's western coast.