A swarm of small low-frequency seismic events, lasting for about 45 minutes, was recorded at La Soufriere volcano, SVG starting at approximately 14:30 UTC on March 23, 2021. The events were probably associated with magma movement beneath the dome.

Monitoring scientists at the Belmont Observatory led by scientists from The UWI Seismic Research Centre (SRC) have noted a change in seismic activity associated with the ongoing eruption of the La Soufrière Volcano, NEMO St. Vincent and the Grenadines said late March 24, 2021.

Up until March 23, the seismic activity had been dominated by very small low-frequency events which were associated with the ongoing extrusion of the lava dome. These were almost always only recorded at the seismic station closest to the dome.

However, starting at approximately 14:30 UTC on March 23, the monitoring network recorded a swarm of small low-frequency seismic events which lasted for about 45 minutes.

These events were different from previous activity in that they were also recorded on other stations.

They were probably associated with magma movement beneath the dome, although their depth cannot be determined. This is the first time that such a swarm has been seen since the seismic network was upgraded in early 2021.

Starting at 20:53 UTC on March 23, the monitoring network started recording volcano-tectonic (VT) earthquakes. These earthquakes are normally associated with underground fractures of the rock mass and are commonly generated by magma pushing through an unyielding rock mass.

The volcano-tectonic earthquakes were located beneath the volcano, at depths down to 10 km (6.2 miles) below the summit. The largest of these had a magnitude of 2.6.

Some of them have been reported felt by people living in communities close to the volcano such as Fancy Owia and Sandy Bay.

At the present time, the volcano-tectonic earthquakes continue, with the numbers of events fluctuating. The very-small dome-extrusion events also continue, NEMO said at 23:51 UTC on March 24. 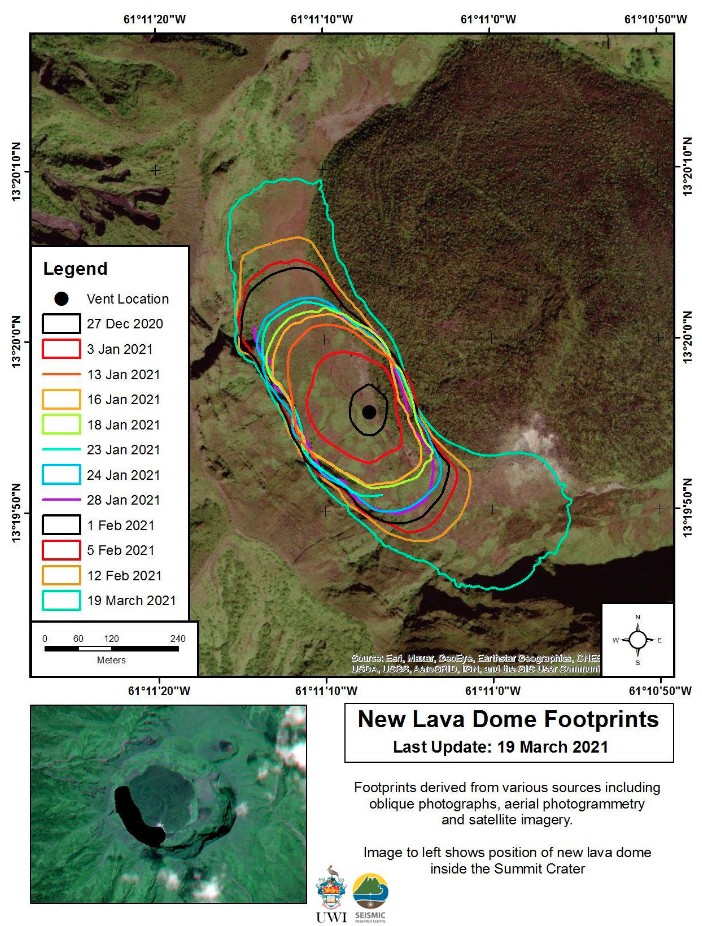 The surface area of the new lava dome at La Soufriere volcano on March 19, 2021. Credit: UWI-SRC 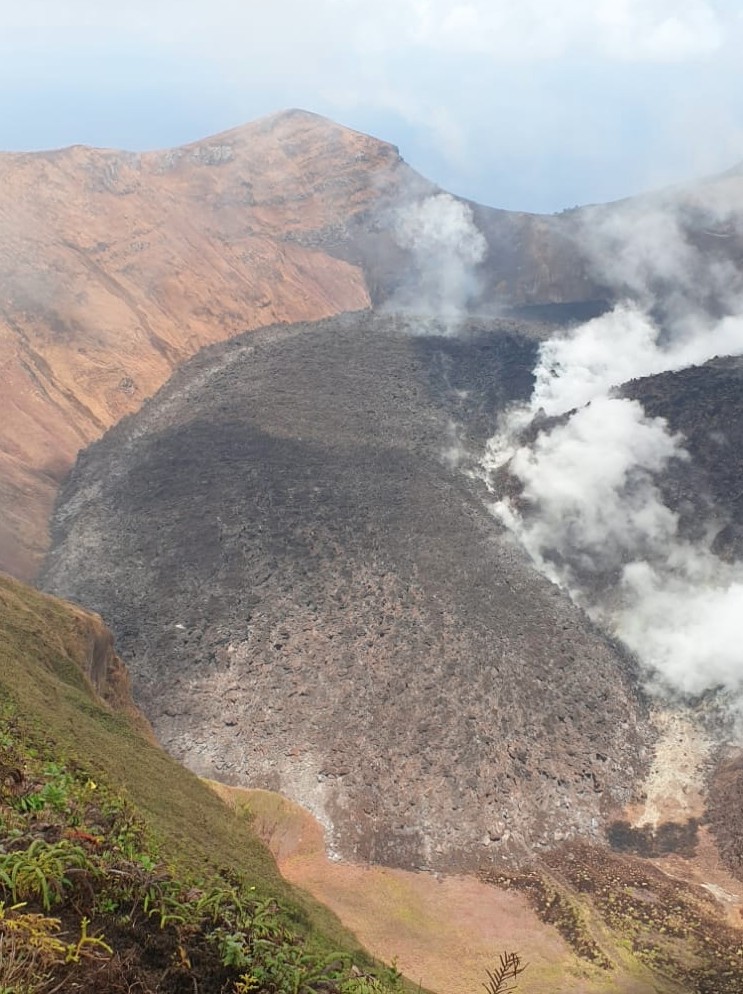 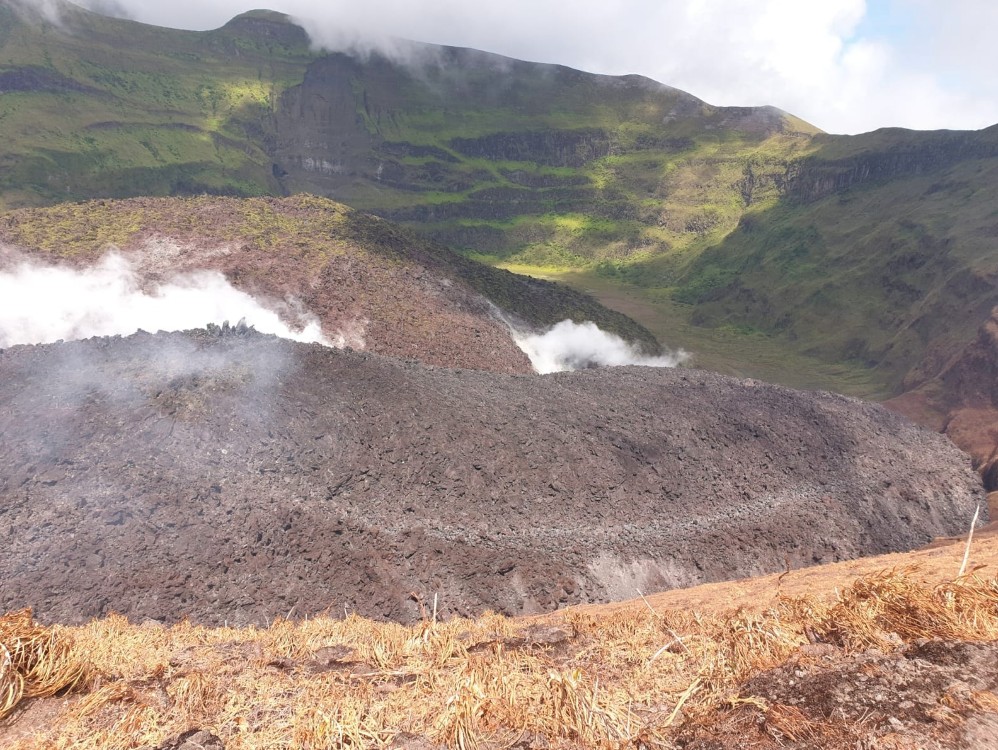 The National Emergency Management Organisation (NEMO) wishes to inform the public that earthquakes associated with the ongoing eruption of the La Soufrière Volcano continue to occur from time to time and some of the largest ones may be felt.

The alert level remains at Orange and no evacuation order or notice has been given.

However, NEMO is encouraging residents especially those living in communities close to the volcano (i.e., the Red and Orange Volcanic Hazard zone), to heighten their preparedness in the event that it becomes necessary to evacuate at short notice.