There is an increasing possibility of magmatic eruption at Taal volcano, PHIVOLCS warned on March 24, 2021.

A total of 2 015 volcanic tremors, 734 low-frequency volcanic earthquakes, and 18 hybrid earthquake events have been recorded by the Taal Volcano Network since ongoing unrest began at the volcano on February 13, 2021.

Since March 19, harmonic tremor associated with magma migration has become the dominant type of earthquake.

Most earthquake events occurred at shallow depths of less than 2 km (1.2 miles) although some large earthquakes were generated in the deeper, 2 – 6 km (1.2 – 3.7 miles) region beneath the Taal Volcano Island (TVI) edifice.

Sulfur dioxide gas emission in the previous week has been generally high with a peak of 1 184 tonnes per day on March 21, 2021. Ground deformation of TVI and the Taal Caldera region, in general, has remained steady and at slight inflationary trends since February 2021.

The above parameters indicate that magma has been migrating across shallow depths beneath TVI, increasing the possibilities of magmatic eruption. 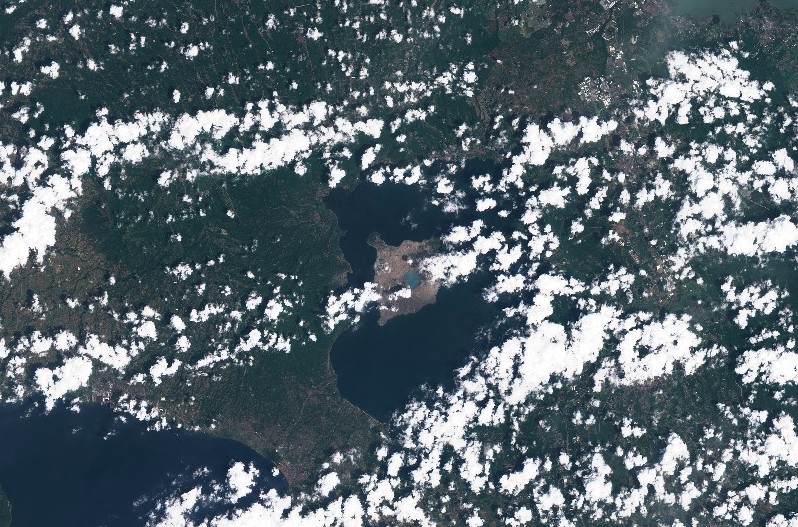 Alert Level 2 (Increased Unrest) is currently maintained over Taal Volcano but that unrest has been elevating and is under constant evaluation.

DOST-PHIVOLCS reminds the public that at Alert Level 2, sudden steam-driven or phreatic explosions, volcanic earthquakes, minor ashfall, and lethal accumulations or expulsions of volcanic gas can occur and threaten areas within and around TVI

Entry into Taal Volcano Island, Taal’s Permanent Danger Zone or PDZ, especially the vicinities of the Main Crater and the Daang Kastila fissure, and occupancy and boating on Taal Lake, must be strictly prohibited.

Local government units are advised to continuously assess and strengthen the preparedness of previously evacuated barangays around Taal Lake in case of renewed unrest.