The Martinique volcanological and seismological observatory of the IPGP has raised the alert level for Pelée volcano to Yellow (2 of 4) on December 4, 2020. The last eruption of this volcano took place in 1932 (VEI 3). Pelée is the deadliest volcano of the 20th century.

Since the modernized observation network was installed in 1980, seismicity of volcanic origin under Pelée was typically low, with a few dozen earthquakes per year.

According to the observatory, the increase in seismicity of superficial volcanic origin (up to 4 – 5 km / 2.5 – 3.1 miles) below the summit that started in April 2019 is clearly above the base level characteristic for the volcano. 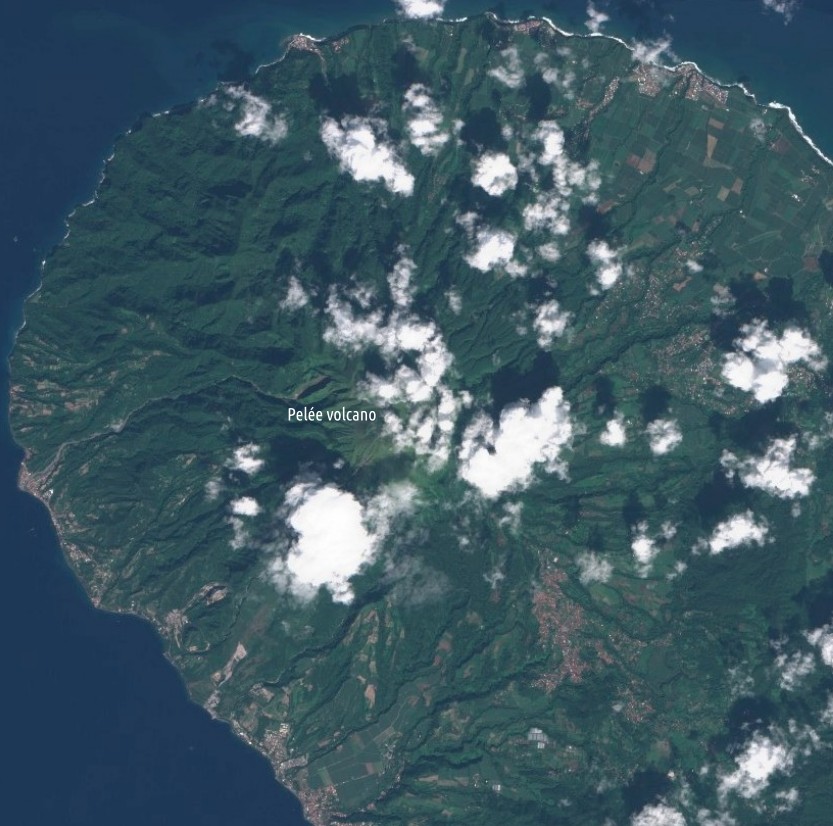 In addition, in April 2019, volcanic seismicity appeared deep around and under the volcano (more than 10 km / 6.2 miles below sea level), suggesting the arrival of magmatic fluids.

Finally, new tremor-type signals were observed on November 8 and 9, 2020, possibly corresponding to the reactivation of the hydrothermal system.

Research is currently underway to better determine the process at the origin of these signals and in particular a possible influence of heavy precipitation during this period.

Although there is currently no measured deformation of the volcano on the scale of the observation network, the appearance, in a few months, of these three different types of seismic signals of volcanic origin shows a clear change in the behavior of the volcanic system, the activity of which is increasing from the base level observed over several decades.

Consequently, the OVSM-IPGP, after discussion with a group of around twenty experts from the institute, is stepping up its vigilance and recommending the transition to the Yellow alert level, the observatory said.

This change to the Yellow volcanic alert level (2 of 4) corresponds to a strengthening of the observation resources deployed by the OVSM and the mobilization of additional resources (human and instrumental resources) at the IPGP in order to better monitor and analyze the situation in real-time, functioning and evolution of the volcanic system. 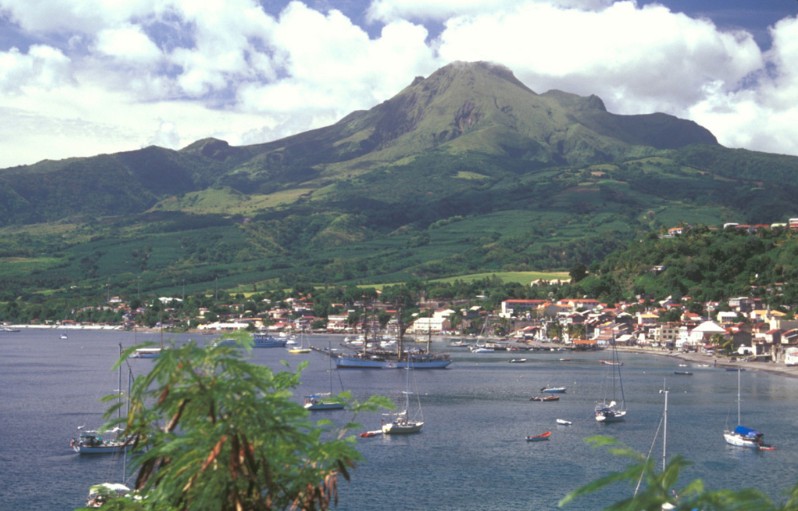 Mount Pelée rising above the city of St. Pierre in northern Martinique a century after the catastrophic eruption that destroyed the city in 1902. Image credit: Lee Siebert/Smithsonian

In 1902, devastating pyroclastic flows and surges swept down the SW flank of the volcano early in the morning and destroyed the city of St. Pierre (above), killing 28 000 people in the world's deadliest eruption of the 20th century.

The catastrophic 1902 eruption, which destroyed the city of St. Pierre, the "Pearl of the Lesser Antilles," became the type-example of pelean eruptions and marked the onset of modern volcanological studies of the behavior of pyroclastic flows.