Hurricane "Zeta" made landfall along the northeast coast of the Yucatan Peninsula, Mexico near Ciudad Chemuyil around 04:00 UTC on October 27, 2020. The storm had estimated maximum winds of 130 km/h (80 mph), making it a category one hurricane on the Saffir-Simpson Hurricane Wind Scale. 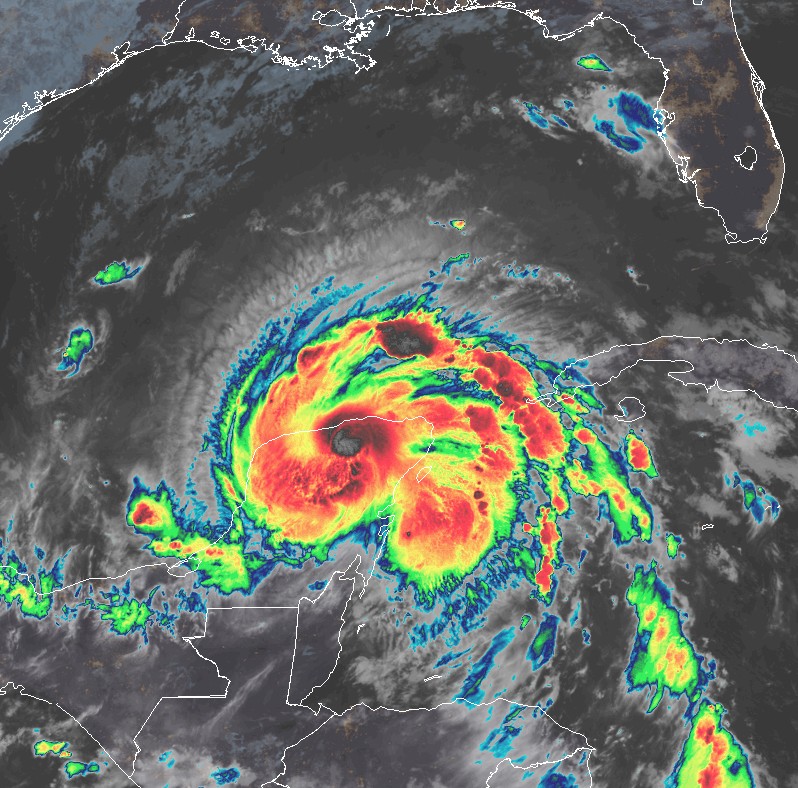 A Hurricane Warning is in effect for Morgan City, Louisiana to the Mississippi/Alabama border; Lake Pontchartrain, Lake Maurepas, and Metropolitan New Orleans.

A Tropical Storm Watch is in effect for West of Morgan City to Intracoastal City, Louisiana.

Zeta is currently moving toward the northwest near 22 km/h (14 mph), and this general motion is forecast to continue today, NHC forecasters said.

The system is expected to turn toward the north tonight, followed by a faster northward to north-northeastward motion on Wednesday, October 28.

Zeta is forecast to approach the northern Gulf Coast on Wednesday and make landfall within the hurricane warning area late Wednesday or Wednesday night (LT/CDT) at or near hurricane strength. 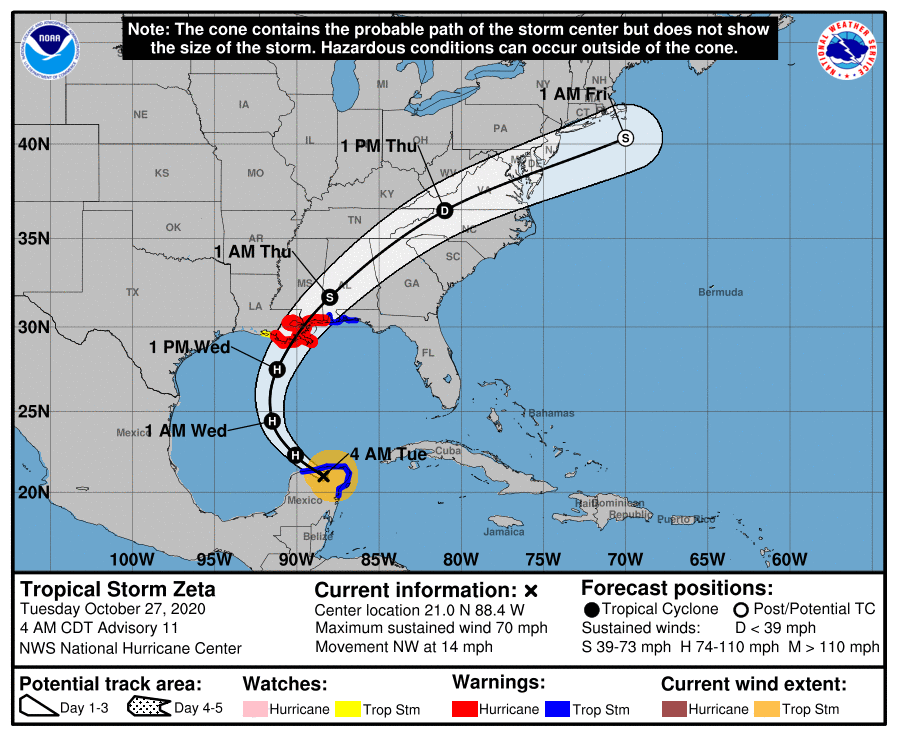 NHC forecasters expect tropical storm conditions to continue in portions of the northern Yucatan Peninsula through this morning (LT). Heavy rainfall is expected across the Yucatan Peninsula, the Cayman Islands, and western Cuba today, which could lead to flash flooding in urban areas.

Hurricane conditions and life-threatening storm surge are expected along portions of the northern Gulf Coast by late Wednesday.

Between tonight and Thursday, heavy rainfall is expected from portions of the central U.S. Gulf Coast into the southern Appalachians, and Mid-Atlantic States near and in advance of Zeta. This rainfall will lead to flash, urban, small stream, and minor river flooding.

A few tornadoes are possible Wednesday and Wednesday night over southeastern Mississippi, southern Alabama, and the western Panhandle of Florida.

"While there is some uncertainty in Zeta’s track, it is likely that Louisiana will see some impacts from this storm, and the people of our state need to take it seriously. It’s easy to let your guard down late in the hurricane season, but that would be a huge mistake," Edwards said.

"The Governor and the Governor’s Office of Homeland Security and Emergency Preparedness (GOHSEP) has already started assisting our local partners with critical items like pumps, generators and food and water for first responders. We stand ready to expand that assistance as needed. Everyone should be monitoring the news for information and should heed any direction they get from their local leaders."

GOHSEP is encouraging everyone to prepare now for any potential threat.

Finalize an emergency communications plan with your family and co-workers.

Keep your phones charged and near you while the threat continues in order to receive potential emergency messaging.

Check your emergency supplies. Remember to include any items needed to sustain each family member for at least 3 days.

Supply kits should include: