About 100 000 residents in Southern California were ordered to evacuate on Monday, October 26, 2020, as two rapidly spreading wildfires exploded in Orange County– the Silverado and Blue Ridge fires. Two firefighters sustained second and third-degree burns while battling the flames.

The Silverado Fire exploded from 4 ha (10 acres) to 2 850 ha (7 040 acres) by Monday evening during some of the season's most intense fire conditions.

Fire Captain Greg Barta said 70 000 people in the area were ordered to evacuate their homes.

Two members of a fire hand crew were seriously injured, the OCFA reported. The firefighters– ages 26 and 32– suffered second and third-degree burns on at least half of their bodies.

"They are gravely injured. Their families are with them," said OCFA fire chief Brian Fennessy. "We are giving them all the support we can."

One home reported damaged. Waiting on verification of extent of damage. pic.twitter.com/V6WrKQL737

Currently no structure loss for either fire.

Not sure if you need to evacuate? Type your address in the map: https://t.co/5tzGp3xgMc pic.twitter.com/7h5FrvoH4d

The Blue Ridge Fire erupted in the afternoon in Chino Hills, forcing the mandatory evacuation of more than 15 000 people. At least one house was damaged. 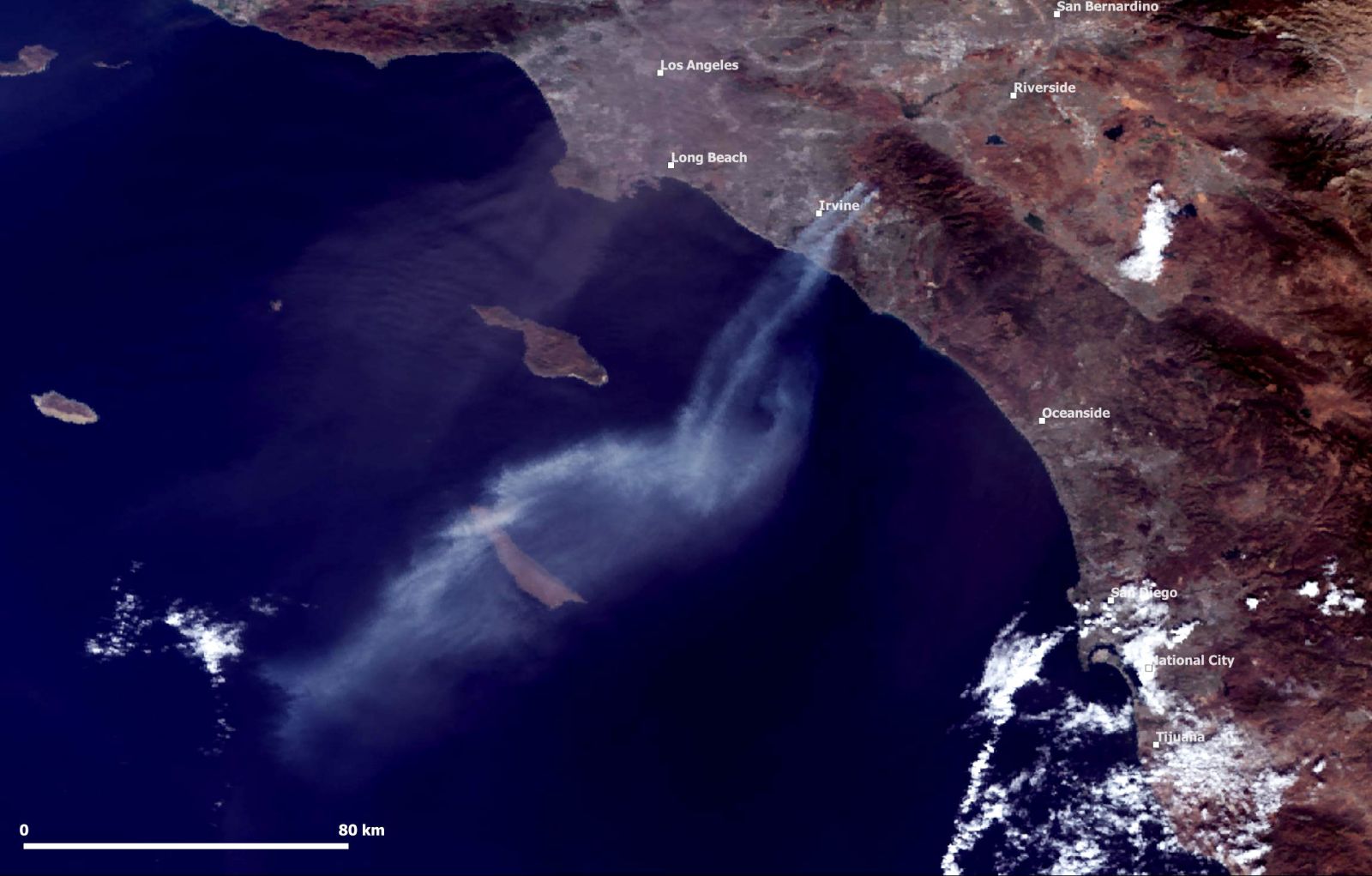 Jim Matthews, a meteorologist with the National Weather Service (NWS) Sacramento, said firefighters across Southern California had been preparing for the onslaught of Santa Ana Winds, which are accompanied by low humidity.

The extreme weather conditions were expected to be similar to the circumstances that triggered destructive fires in the past years, like the 2019 Kincade Fire, 2018 Camp Fire, and 2017 Wine Country Fires, Mathews added.

"This is our severe weather season right now– fire weather."

Road closures for #SilveradoFire:
•Portolla from 241 to Jamboree
•241 from the 133 to Santiago
•Santiago Canyon Rd from Cooks to the 241 pic.twitter.com/s7Gg1wjAvO

Your #OCFirefighters are aggressively attacking the #SilveradoFire from the air and the ground.