New seismic data collected by scientists at Stanford University and the Chinese Academy of Geological Sciences suggests that two competing processes are simultaneously operating beneath a collision zone in Tibet. This research contributes to an ongoing debate over the structure of the collision zone in the Himalaya region– the only place on Earth where continental plates continue colliding. The research marks the first time scientists have gathered credible images of along-strike or longitudinal variation in the Himalaya collision zone.

"The physical and political inaccessibility of Tibet has a limited scientific study, so most field experiments have either been too localized to understand the big picture or they've lacked sufficient resolution at depths to properly understand the processes," said Simon Klemperer, a geophysics professor at Stanford's School of Earth, Energy & Environmental Sciences.

Klemperer and his colleagues gathered seismic data that provided the first west-to-east view of the subsurface where India and Asia collide. The new images indicate that two competing processes are ongoing beneath the collision zone simultaneously: the movement of one tectonic plate under another, and the crust's thinning and collapse.

The study was the first time researchers have gathered credible images of along-strike or longitudinal variation in the collision zone, Klemperer noted.

As the Indian plate collides with Asia, it forms Tibet– the tallest and biggest mountain plateau on the Earth. The process started about 57 million years ago, which was relatively recent in geological history.

Researchers proposed many explanations for its formation, including the thickening of the crust caused by the Indian plate gliding beneath the Tibetan Plateau.

They started the major logistical effort of mounting new seismic recorders in 2011 to resolve details that might have been overlooked. The new recorders were installed from east to west across Tibet.

The final images from recordings by 159 new seismometers spaced along two 997 km (620 miles) long profiles show where the Indian crust has deep cracks associated with the Himalayan arc's curvature.

"We're seeing at a much finer scale what we never saw before. It took a heroic effort to install closely spaced seismometers across the mountains, instead of along the valleys, to collect data in the west-east direction and make this research possible," Klemperer said. 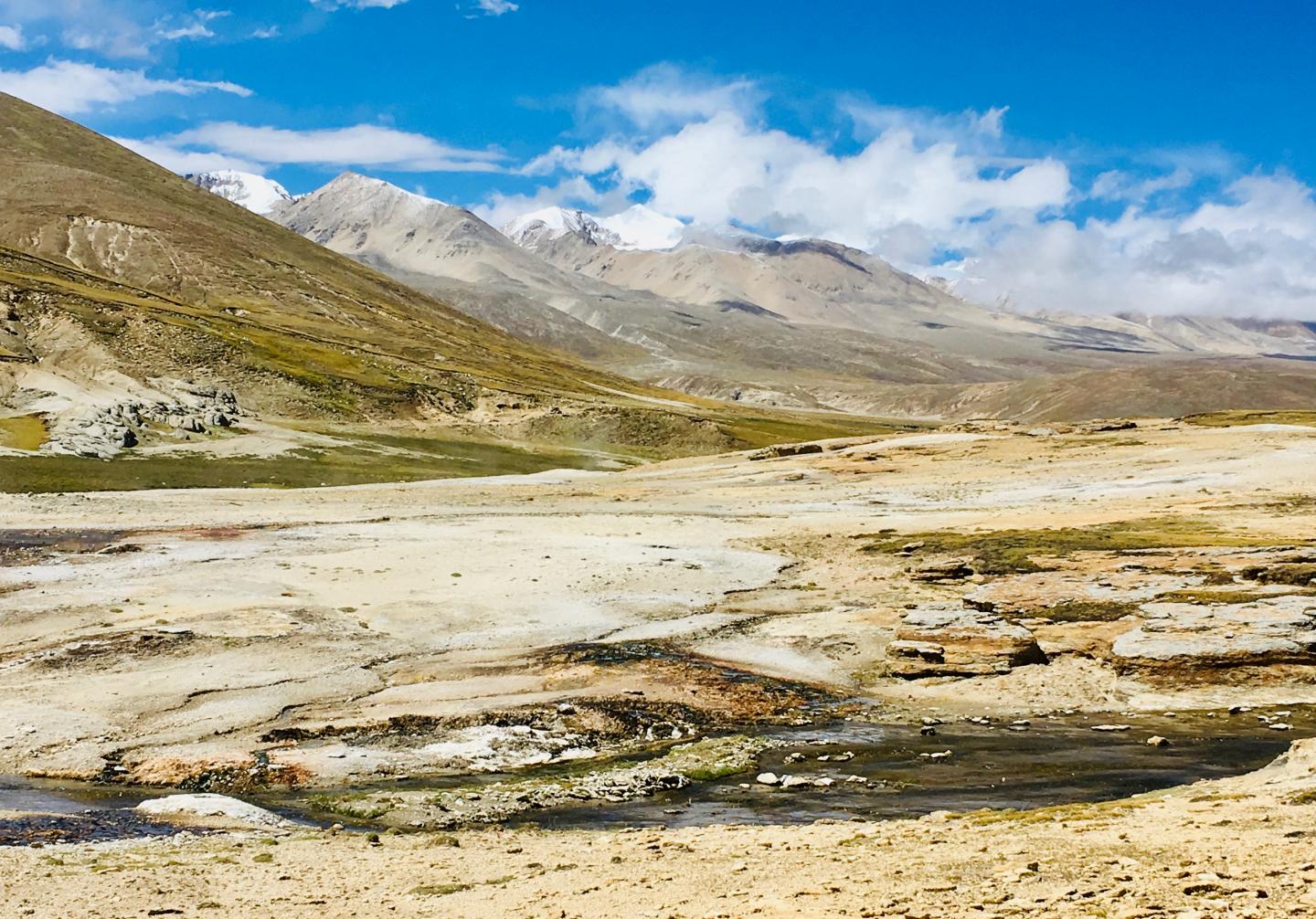 As the Indian tectonic plate glides from the south, the mantle dips beneath the Tibetan plateau. The new data revealed that this process is causing small portions of the Indian plate to break off beneath two of the rifts, possibly creating cracks in the plate. The location of such fissures can be crucial for understanding how far a significant earthquake will spread.

"These transitions, these jumps between the faults, are so important and they're at a scale that we don't normally notice until after an earthquake has happened," Klemperer added.

Using their seismic data, the scientists found an association between the occurrence of deep earthquakes and plate fissures. The study also explains why the strength of gravity varies in different areas of the collision zone. After the small pieces dropped off of the Indian plate, softer material bubbled up, producing mass imbalances in the India-Tibet collision zone, the researchers hypothesized.

"For geologists, this is the one big continental collision that is taking place on Earth today – it's this natural laboratory where we can study these processes."

The deep structure of the continental collision between India and Asia and whether India’s lower crust is underplated beneath Tibet or subducted into the mantle remain controversial. It is also unknown whether the active normal faults that facilitate orogen-parallel extension of Tibetan upper crust continue into the lower crust and upper mantle. Our receiver-function images collected parallel to the India–Tibet collision zone show the 20-km-thick Indian lower crust that underplates Tibet at 88.5–92°E beneath the Yarlung-Zangbo suture is essentially absent in the vicinity of the Cona-Sangri and Pumqu-Xainza grabens, demonstrating a clear link between upper-crustal and lower-crustal thinning. Satellite gravity data that covary with the thickness of Indian lower crust are consistent with the lower crust being only ∼30% eclogitized so gravitationally stable. Deep earthquakes coincide with Moho offsets and with lateral thinning of the Indian lower crust near the bottom of the partially eclogitized Indian lower crust, suggesting the Indian lower crust is locally foundering or stoping into the mantle. Loss of Indian lower crust by these means implies gravitational instability that can result from localized rapid eclogitization enabled by dehydration reactions in weakly hydrous mafic granulites or by volatile-rich asthenospheric upwelling directly beneath the two grabens. We propose that two competing processes, plateau formation by underplating and continental loss by foundering or stoping, are simultaneously operating beneath the collision zone.