ESA's Copernicus Sentinel-1 mission mapped the powerful M7.4 earthquake that struck Mexico's southern state of Oaxaca on June 23, 2020. The satellite radar data are being used to examine the effects of tremors on land.

Several powerful aftershocks occurred during the same day, with five more registered in the following 24 hours.

While there is currently no way to forecast when and where quakes will happen, radar imagery from satellites allows experts to observe the effects.

In the figures below, data from Copernicus Sentinel-1A and Sentinel-1B, which were acquired immediately before and after the event, have been gathered to measure the coseismic surface displacement or ground changes that occurred between the two acquisition dates.

This led to the colorful interference or fringe pattern called an interferogram, which allows scientists to quantify the surface displacement.

"The interferogram represents surface displacement in the radar line of sight, i.e. half of the radar wavelength," Ramon Torres explained, the project manager for Copernicus Sentinel-1.

"The distance between the interference cycle, from yellow to yellow, corresponds to 28 mm (1.1 inch) deformation in the radar line of sight."

Torres added, "for example, a blue-green-red color cycle represents a relative movement towards the radar, while a red-green-blue color cycle means a deformation away from the radar."

"The fringes can be unwrapped to allow the conversion into meters. The result referred to as the surface displacement map shows the relative deformation caused by the earthquake." 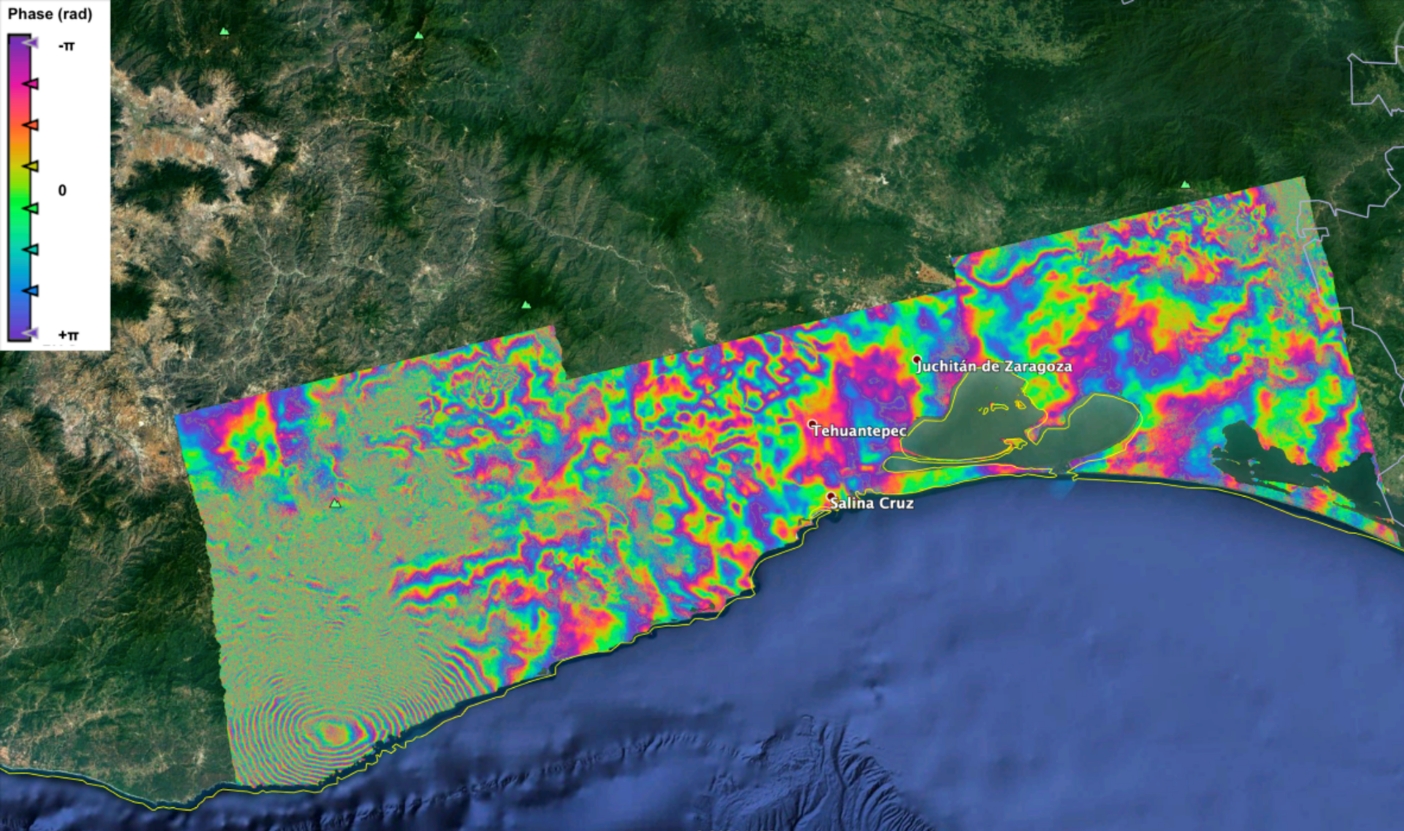 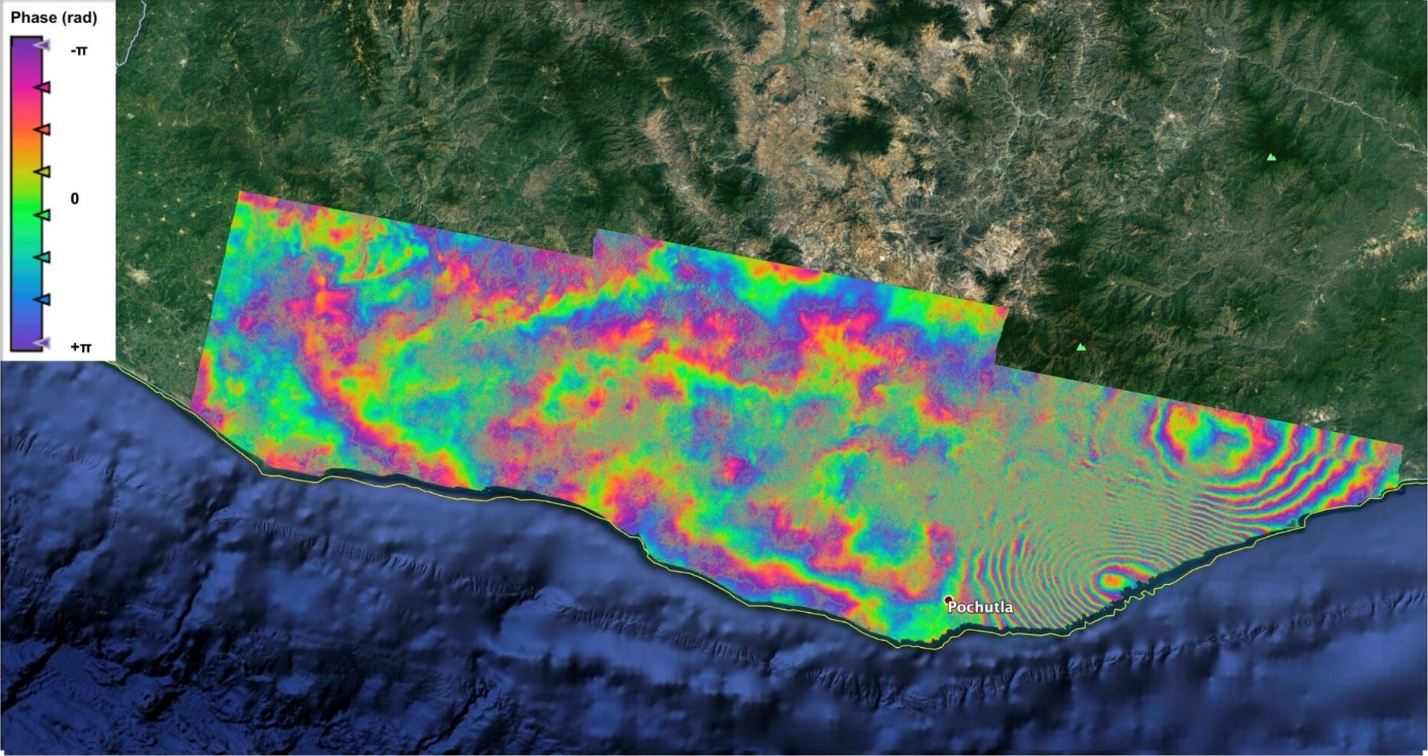 Ground deformation of up to 450 mm (17.7 inches) was observed in the coastal city of La Crucecita, where the epicenter sits.

The satellite mission gave scientists a wide view of the displacement, allowing them to study the ground displacement and further improve their scientific knowledge of earthquakes.

Imagery from Sentinel-1A and Sentinal-1B enabled scientists to quantify the ground movement in both vertical and east-west directions by merging the radar scans acquired as the satellites flew both south to north and the other way around.

While current radar missions are limited in calculating the east-west component of surface displacement, the proposed Earth Explorer candidate mission Harmony will expand the capabilities by adding further lines of sight to the Sentinel-1 mission. 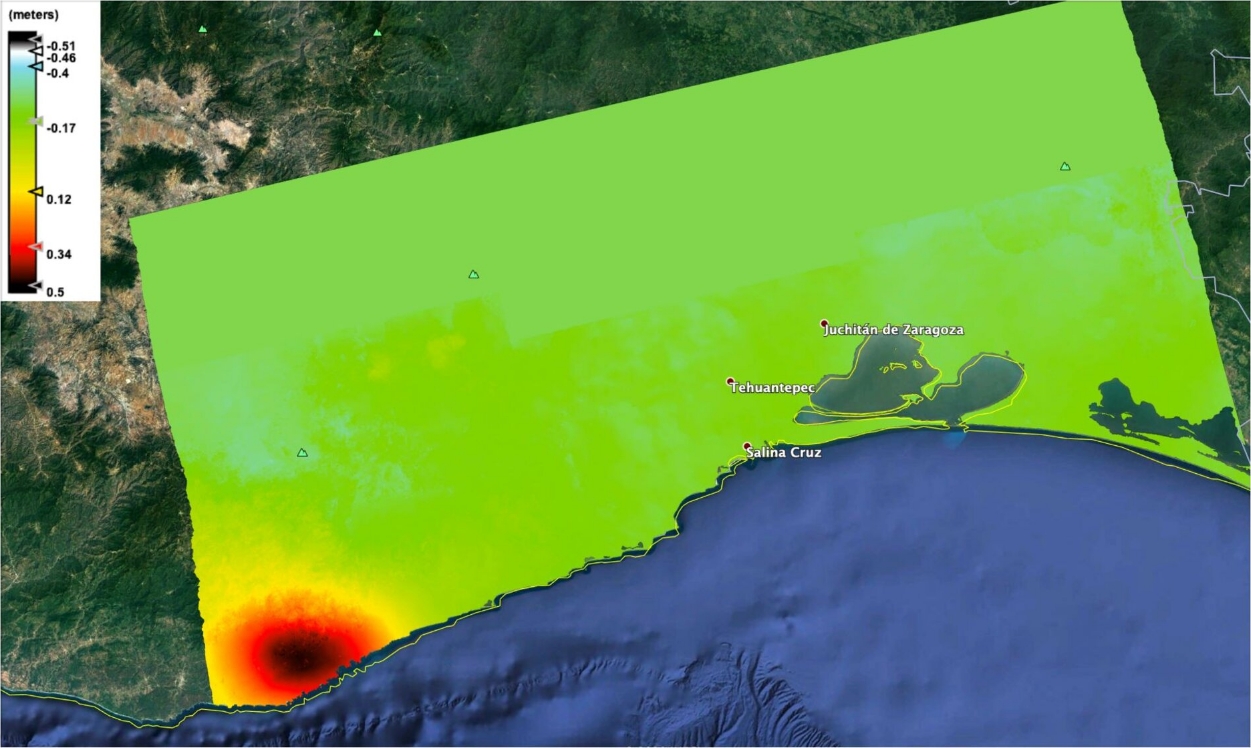 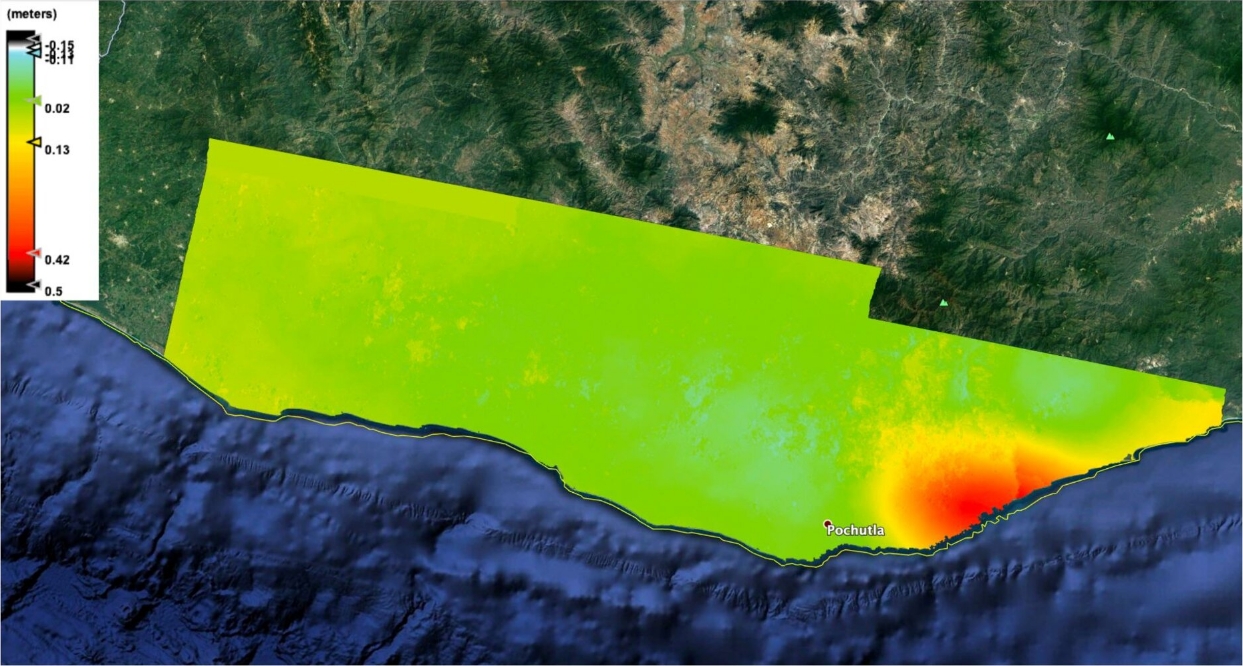 In areas where the displacement is primarily north-south direction, Harmony will be able to systematically and precisely measure and an additional dimension of displacement, helping to resolve vagueness in the underlying geophysical processes that led to seismic events.

Six upcoming high-priority candidate missions will augment the current capacity of the Sentinel missions, one of them being the L-band Synthetic Aperture Radar, ROSE-L.

"The Sentinel-1 services are very well guaranteed for decades to come," Torres said.

"The upcoming Sentinel-1C and Sentinel-1D are in the process of being completed, and the design of the next generation of satellites will begin later this year."