Tsunami waves reaching 1 to 3 m (3.3 – 9.8 feet) above the tide level are possible along some coasts of Mexico. Tsunami waves are forecast to be less than 0.3 m (1 foot) above the tide level for the coasts of Costa Rica, El Salvador, Guatemala, Hawaii, Honduras, Jarvis Island, Kiribati, Nicaragua, Palmyra Island, Panama and Peru, PTWC said at 16:04 UTC.

Actual amplitudes at the coast may vary from forecast amplitudes due to uncertainties in the forecast and local features. In particular maximum tsunami amplitudes on atolls and at locations with fringing or barrier reefs will likely be much smaller than the forecast indicates, the center added. 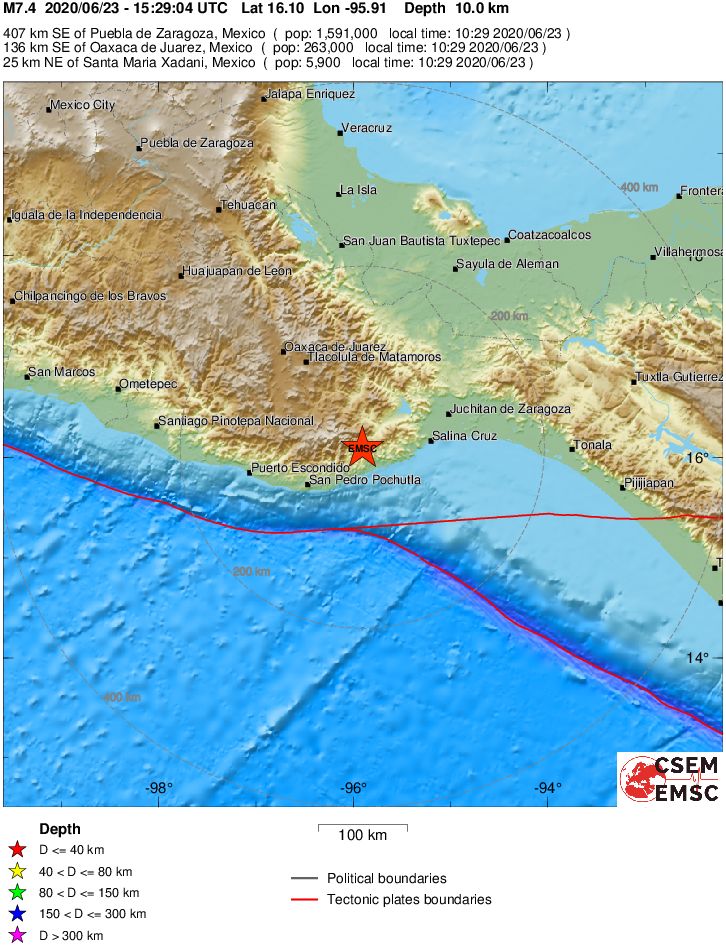 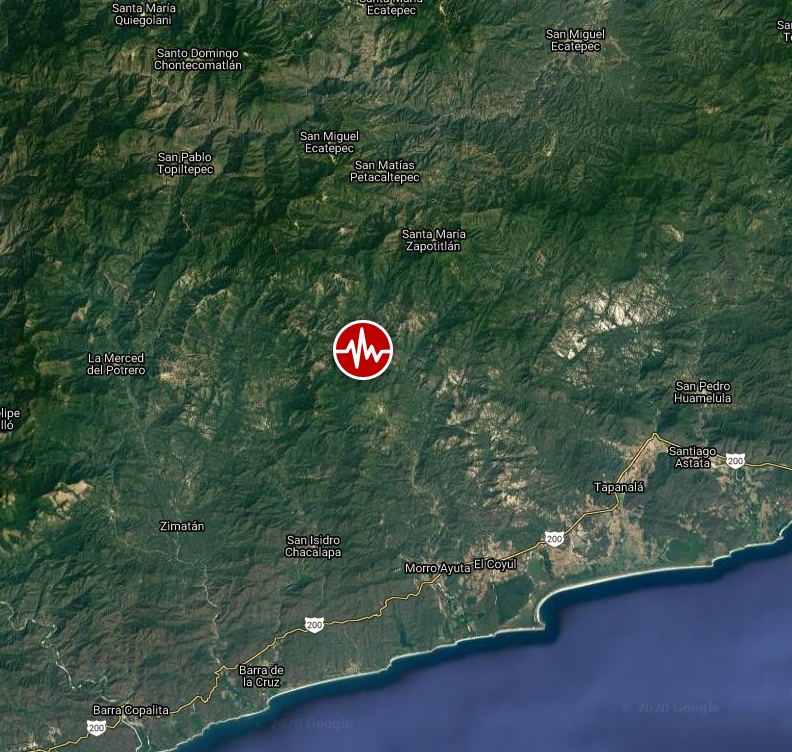 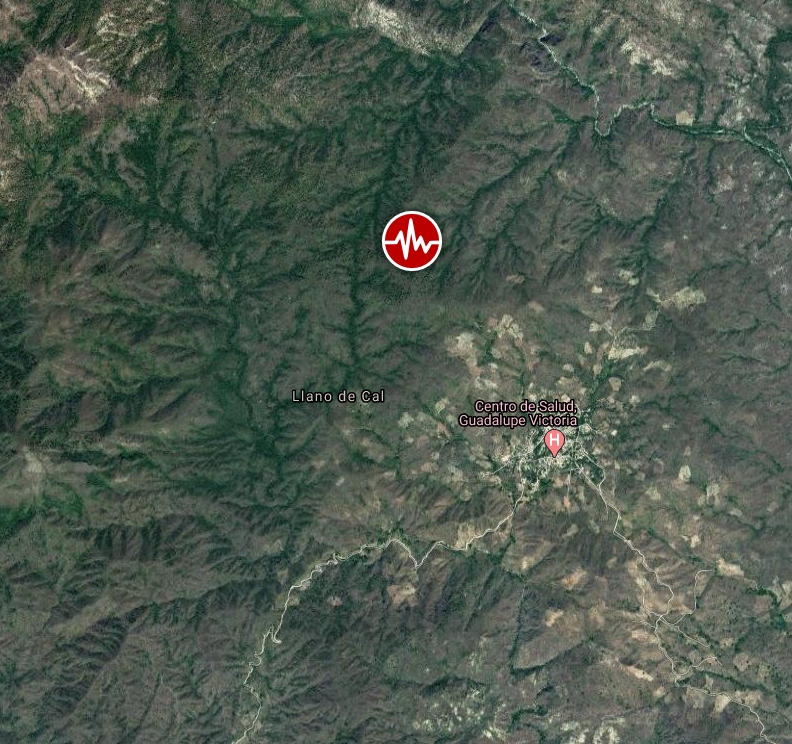 Landslides triggered by this earthquake are estimated to be significant in number and (or) spatial extent.

Liquefaction is estimated to be limited in severity and (or) spatial extent.

There are reports of heavy damage in Oaxaca and CDMX.

At least 1 person has lost its life due to landslide in Huatulco. An unknown number of people have been injured.

Reports from capital mention at least one collapsed house with no injuries.

Hundreds of people have fled their homes.

More than 440 aftershocks were reported by the end of the day.

The state-owned petroleum company Pemex confirmed one of its oil refineries burst into flames, injuring one man who later died in a hospital. 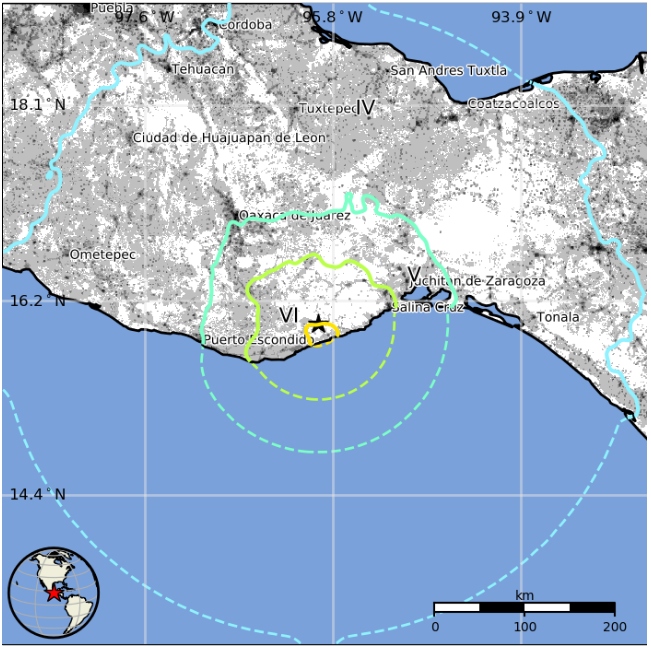 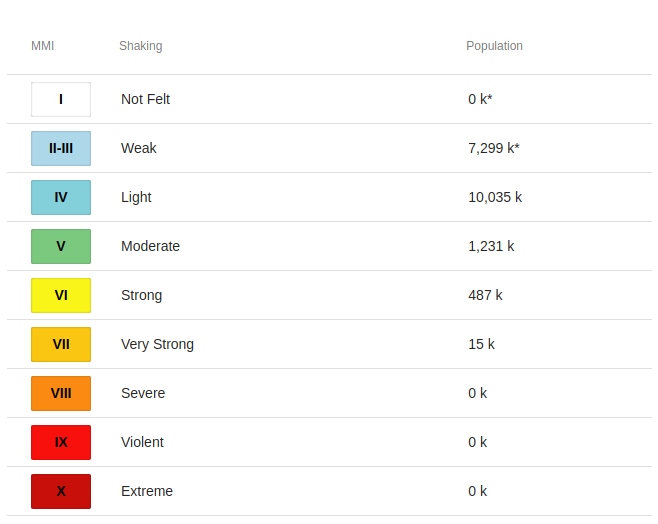 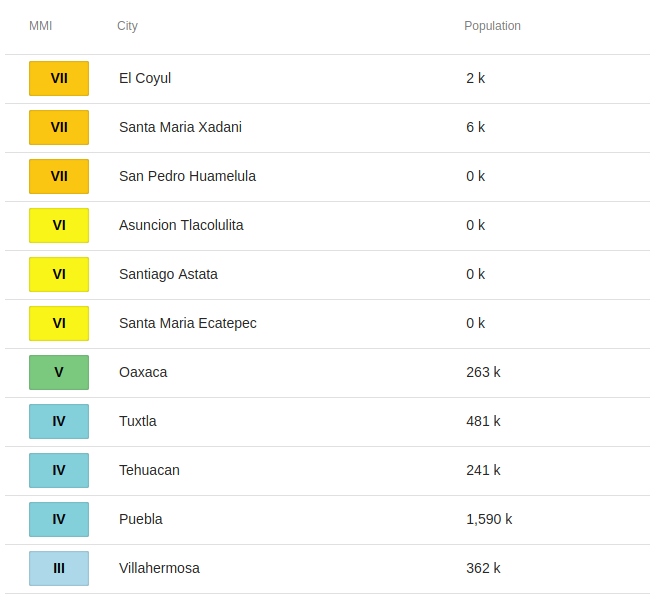 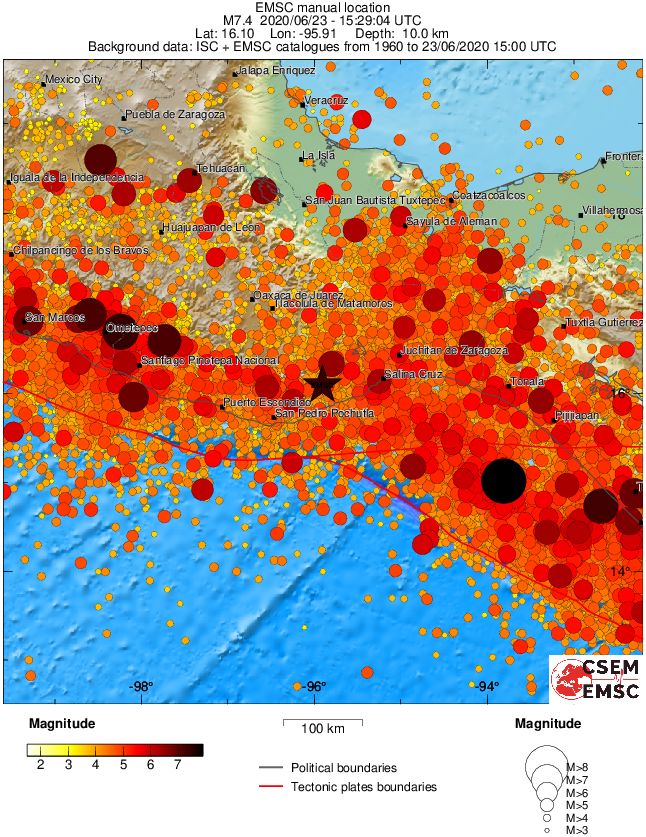 It looks like that pavement is on water, yet that’s solid ground underneath. #MexicoEarthquake pic.twitter.com/K9jJm27sMw

Breaking: Video shows buildings shaking during magnitude 7.4 earthquake in #Oaxaca, #mexicoearthquake. At least one person died after the earthquake.
pic.twitter.com/XDZn7ZM4XY