Residents near the Peace River area of British Columbia, Canada, are on evacuation alert as a portion of the ridge in Old Fort that broke in 2018 has started moving again. Since June 21, 2020, the landslide has been advancing at around 3 km/h (1.8 mph) and has already destroyed a wide swath of roadway.

According to Alaska Highway News, the ridge has movement on the front, east, and north sides. The back scarp at the top of the slide has dropped 9.2 m (30.2 feet) since the slide reactivated.

Scarp below the area of where previous gravel stockpiles were has shifted towards the back scarp about 5 to 15 m (16 to 49 feet), and the material is slumping down onto the earthflow area. 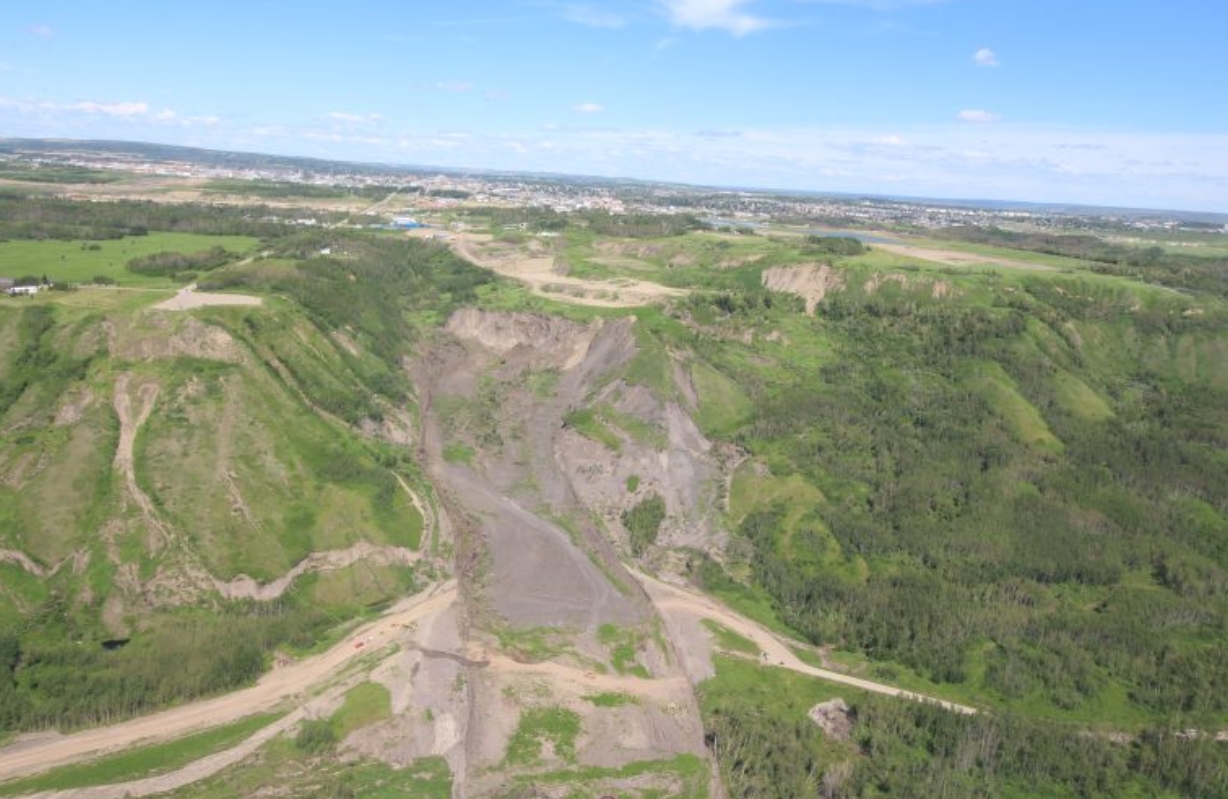 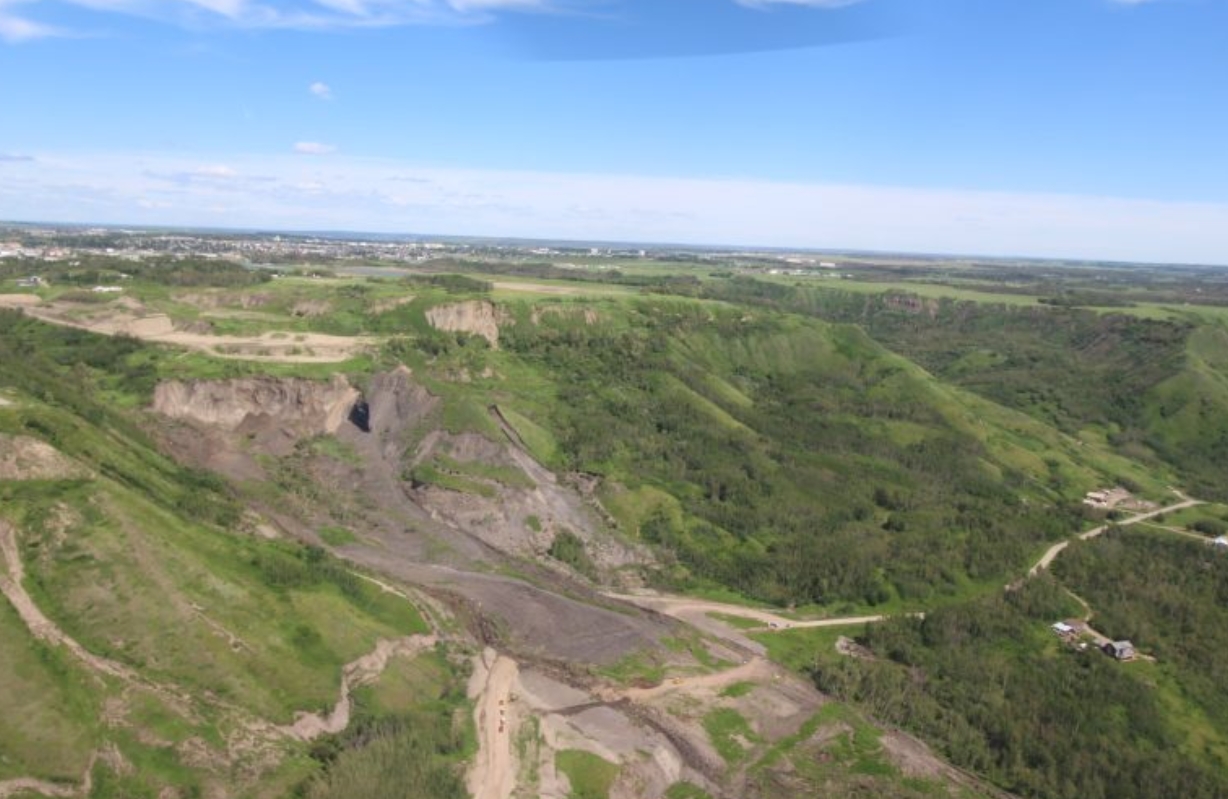 In an update released by the Peace River Regional District (PRRD), the organization assured that it is gathering information to examine options for sewage, water, garbage, and transportation for the residents of Old Fort.

"The ground movement has created difficulty for the Ministry of Transportation (MoTI) to maintain the road in a safe and passable condition, and the likelihood, duration, and speed of continued ground movement is unpredictable at this time," it said.

Around 150 residents in Old Fort have been urged to evacuate to a safe place while a plan is being developed to identify how long they will be able to do so. Members of the Charlie Lake fire department went door-to-door in the community to discuss preparations with residents.

The Old Fort lookout at the south end of 100 street remains closed under the evacuation order. The transportation ministry described it as a "slow-moving landslide".

An analysis by Dr. Dave Petley of The Landslide Blog noted the "very impressive displacement" of the road as shown in the image, which also captured the extensive landslide activity on the margins of the main slide. 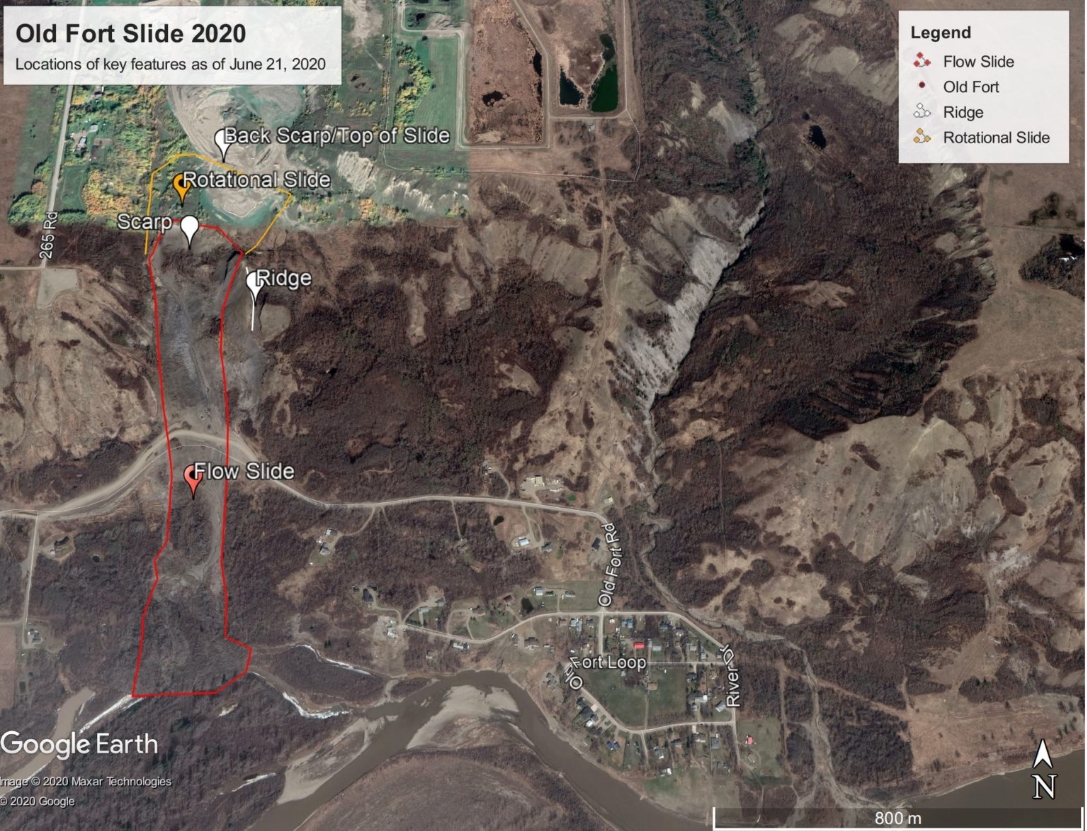 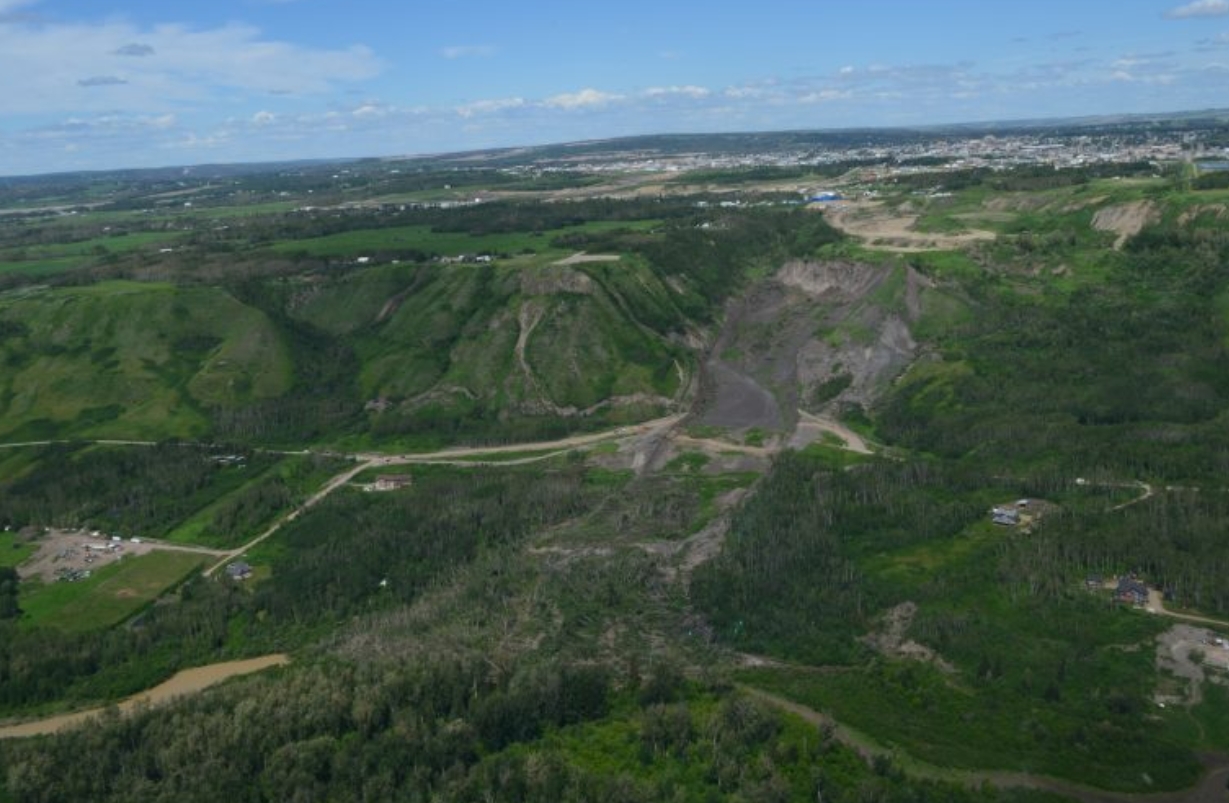 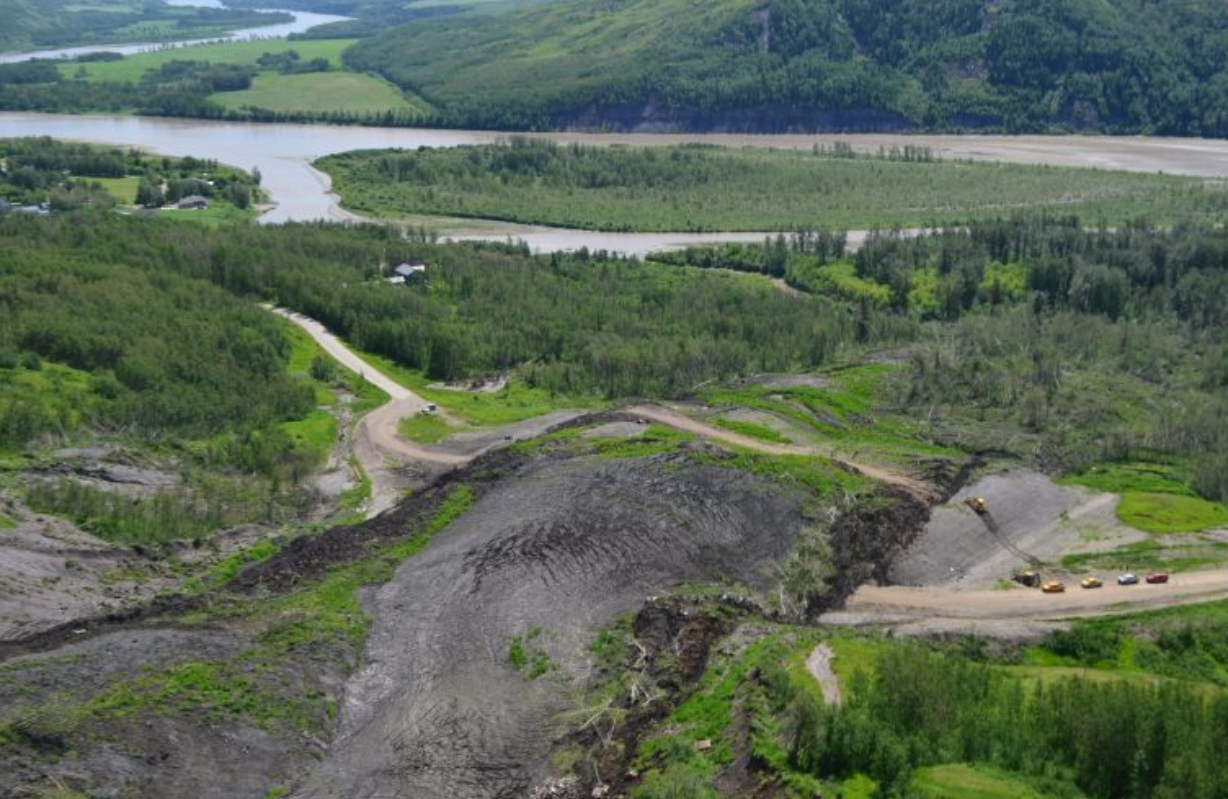 In September 2018, the Old Fort landslide dumped more than 8 million cubic m (283 million cubic feet) of debris toward the Peace River, destroying a house and some utility lines, as well as the road.

The slide was caused by a bedrock failure at the end of the landslide, where a gravel quarry had been operating on the hillside.