A short-lived, high-level eruption took place at Indonesian Ibu volcano, Halmahera at 09:20 UTC on May 16, 2020. The Aviation Color Code was raised to Red.

According to the Darwin VAAC, the eruption to 13.7 km (45 000 feet) above sea level moving S was short-lived and appears to have ceased and detached from the volcano. Volcanic ash is expected to dissipate in 6 to 12 hours.

Height and forecast were based on Himawari-8 imagery acquired 10:20 UTC and model guidance. 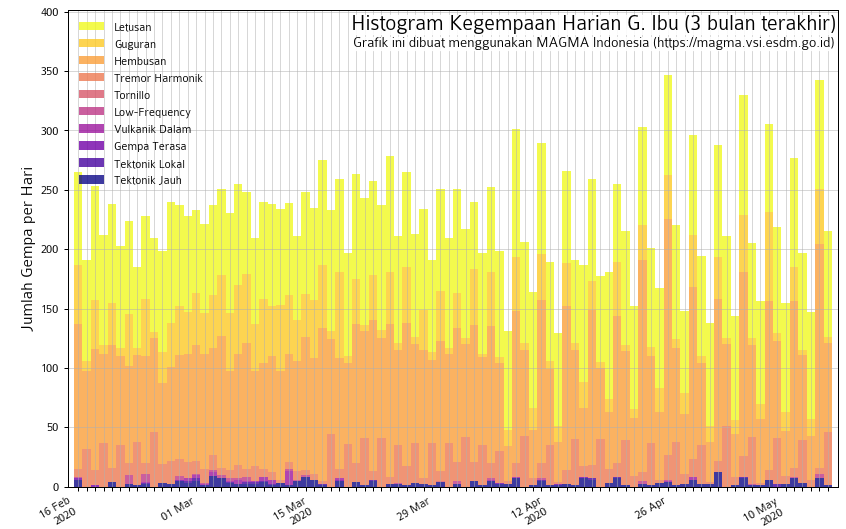 The outer crater, 1.2 km (0.74 miles) wide, is breached on the north side, creating a steep-walled valley.

A large parasitic cone is located ENE of the summit. A smaller one to the WSW has fed a lava flow down the W flank. A group of maars is located below the N and W flanks.

Only a few eruptions have been recorded in historical time, the first a small explosive eruption from the summit crater in 1911.

An eruption producing a lava dome that eventually covered much of the floor of the inner summit crater began in December 1998. (GVP)