The fire began at a local farm, which was quickly spread to nearby mountains by strong winds. A group of 21 firefighters, accompanied by one farm worker who served as their guide, responded to the scene.

However, an abrupt change of wind direction at around 18:00 UTC (02:00 LT on March 31) trapped the firemen, killing 18 of them and the guide. Three survivors were taken to the hospital and are now in stable condition.

A total of 2 044 people have been deployed to contain the blazes and more than 1 200 local residents have been evacuated. Four helicopters, 142 fire trucks, 64 emergency trucks, and one satellite have also been dispatched to the site. 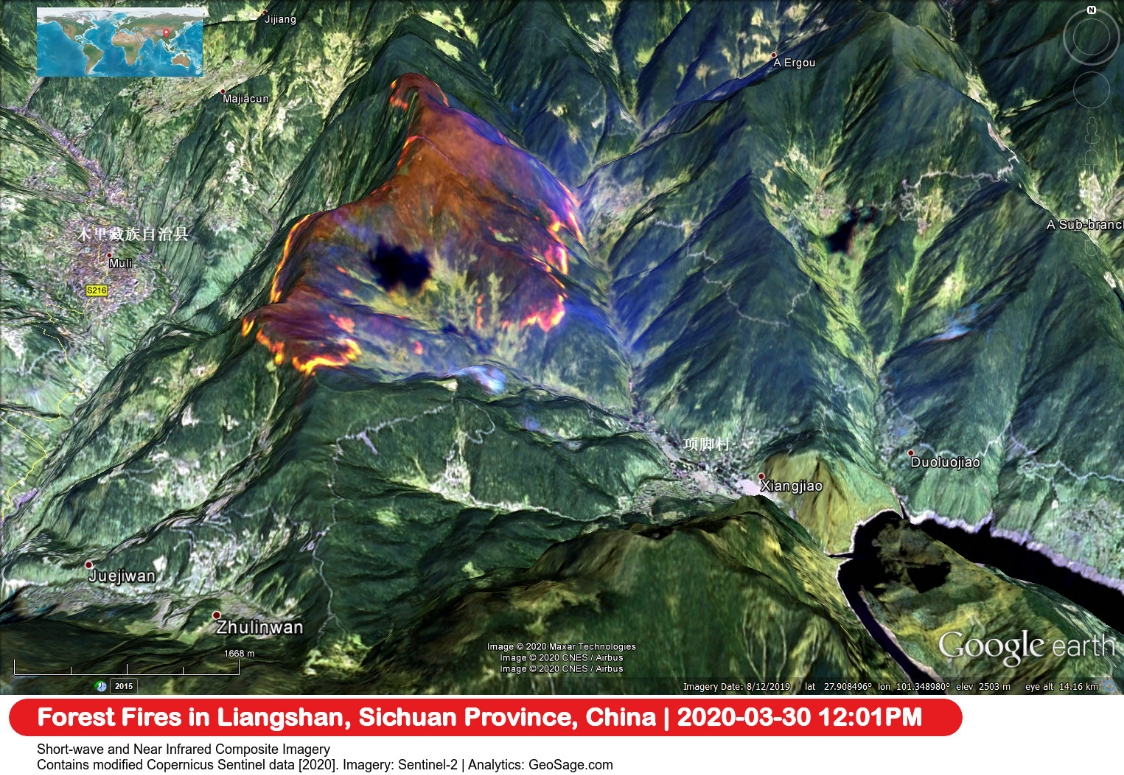 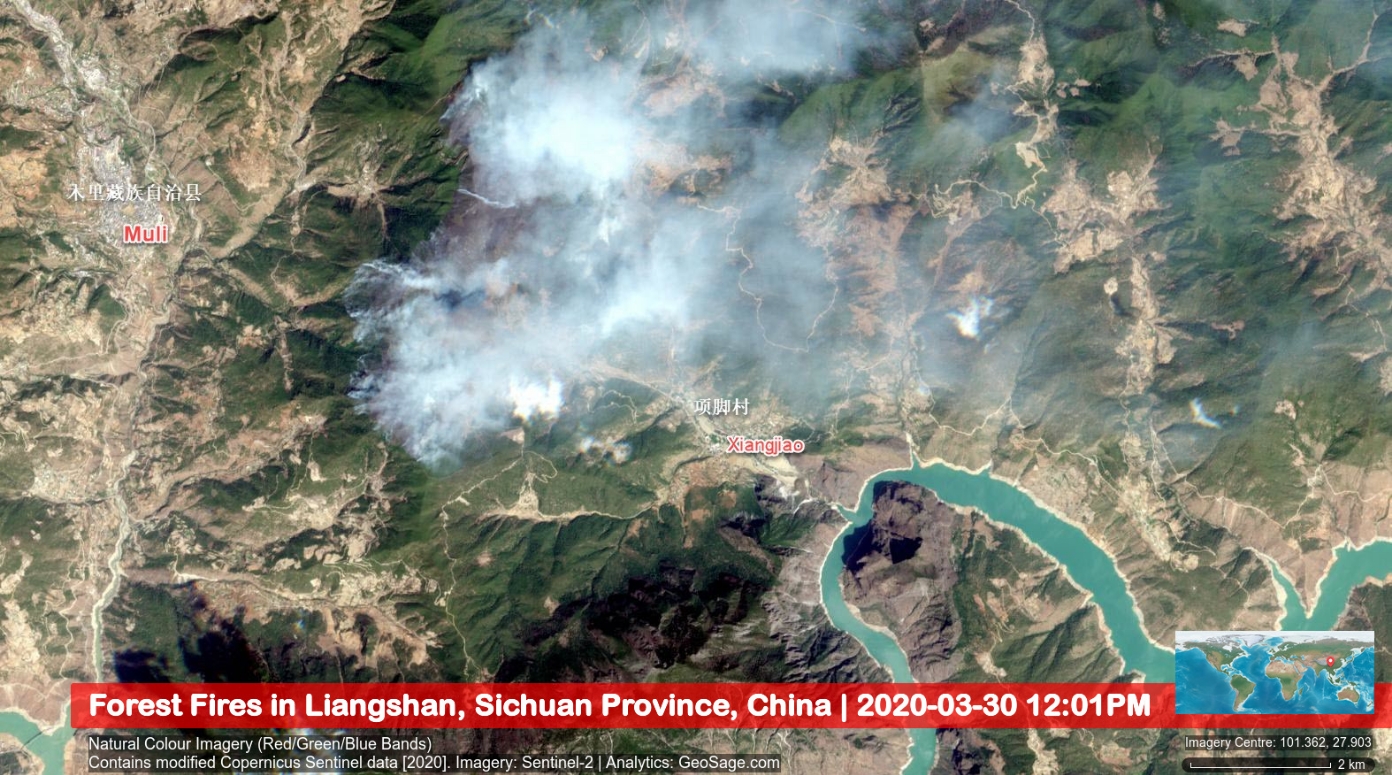 Local police have closed roads in Xichang since Tuesday morning. The fire was still burning as of Tuesday afternoon, with heavy smoke already drifting into the nearby city of Xichang, local reports said.

The fire has quickly spread across 1 000 ha (2 471 acres) due to strong winds. Around 80 ha (198 acres) of forest land have been destroyed. The cause of the event has yet to be disclosed. 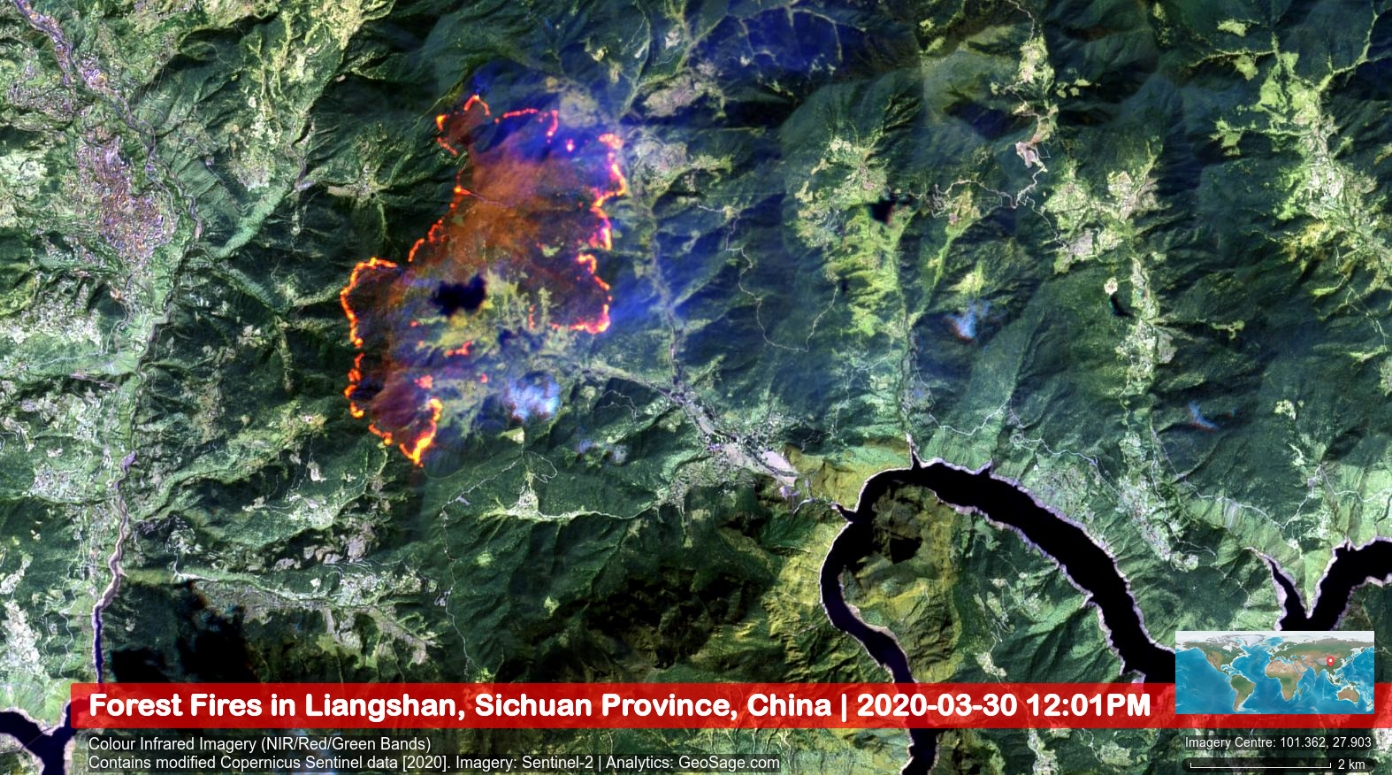 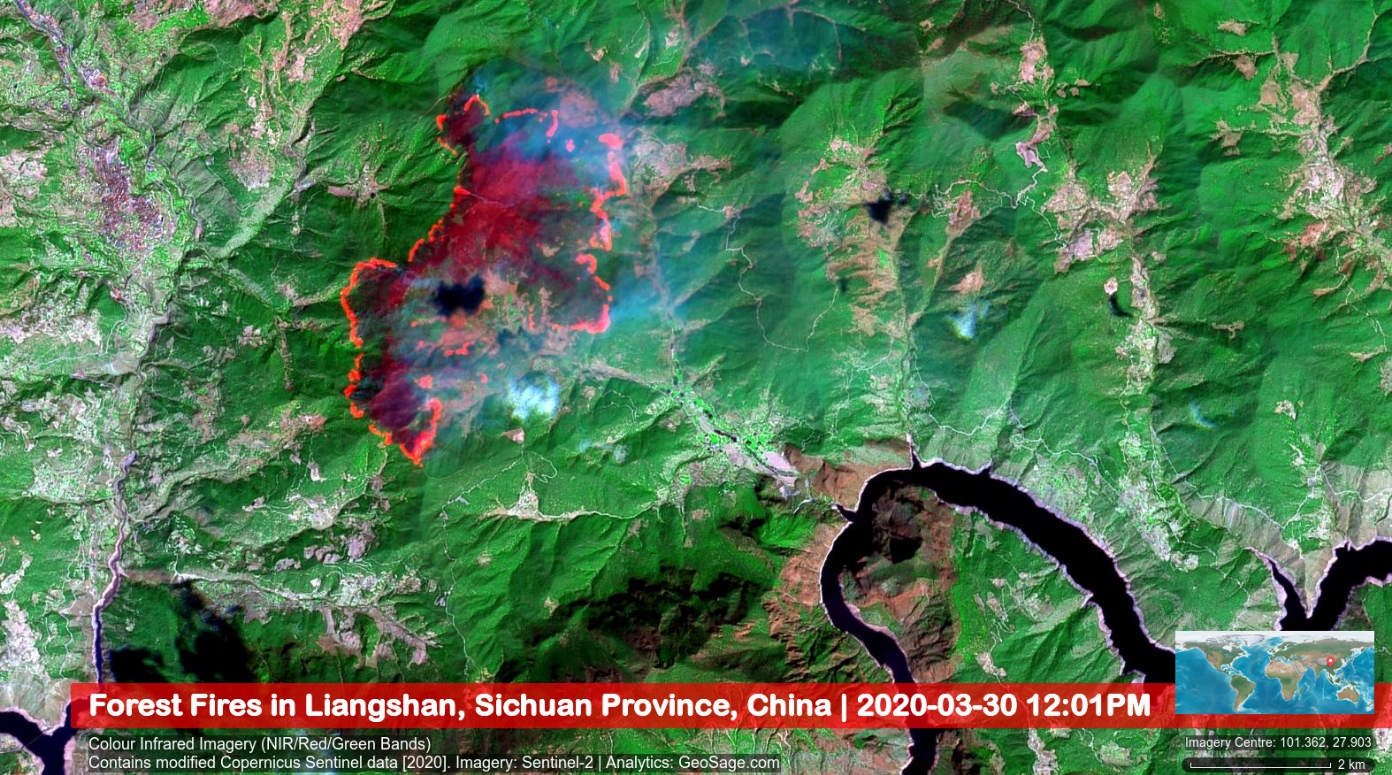 Almost exactly a year ago, 30 died in Sichuan after battling a forest fire, which burned across 15 ha (37 acres). 27 of the victims were killed after the winds shifted quickly.

27 of the victims were firefighters, while three were local volunteers. The fire began when a bolt of lightning struck a tree.