Landslides triggered by this earthquake are estimated to be limited in number and (or) spatial extent.

The number of people living near areas that could have produced landslides in this earthquake is low, but landslide damage or fatalities are still possible in highly susceptible areas.

Little or no liquefaction is expected, but some liquefaction could have occurred in highly susceptible areas. 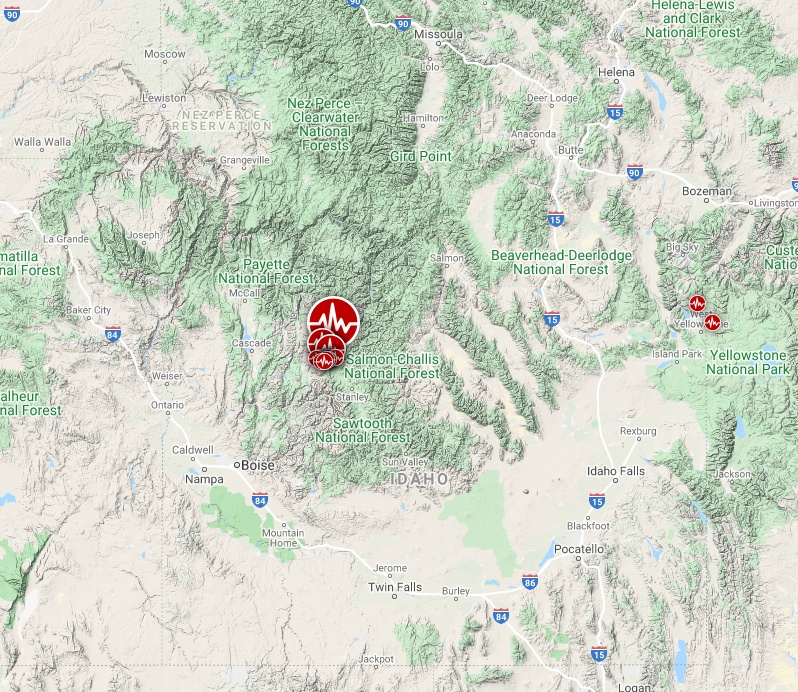 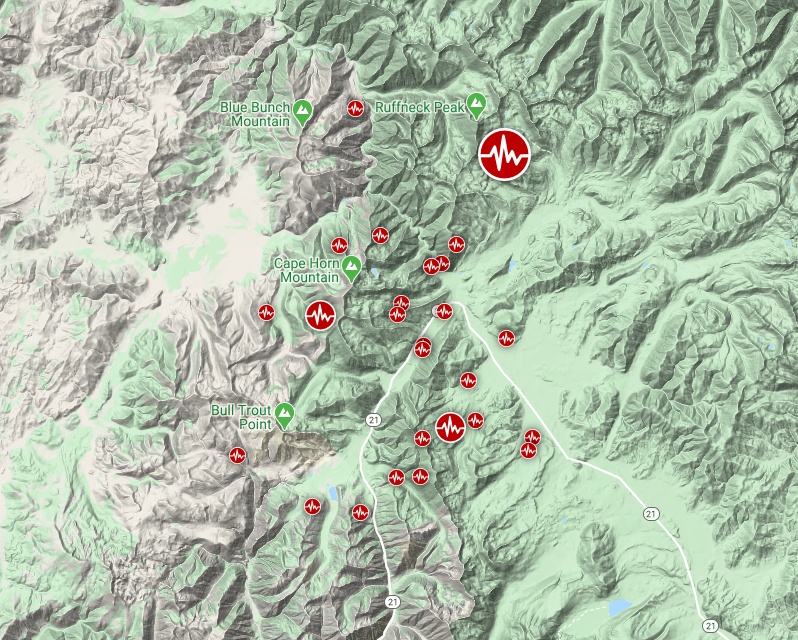 The earthquake occurred as the result of strike-slip faulting within the shallow crust of the North America plate, the USGS said.

It occurred in the western part of the Centennial Tectonic Belt, an area north of the Snake River Plain that is undergoing southwest-northeast extension.

Historic seismicity in the immediate vicinity of the epicenter is sparse; no earthquakes of M5+ have occurred within 50 km (31 miles) of this event over the past 50 years, and the most notable historic seismicity in the region occurred about 100 km (62 miles) to the east on the Lost River fault zone. This was the site of the 1983 M6.9 Borah Peak earthquake (October 28, 1983), which killed 2 in Challis, and resulted in over $12M in damage in the Challis-Mackay area, and which was followed by five other M 5+ events over the following year, and most recently a M5.0 earthquake in January 1950, about 60 km (37 miles) to the east of today’s event.

This is the largest earthquake in Idaho since the 1983 Borah Peak earthquake.

According to the USGS forecast, there is a 1% chance of one or more aftershocks larger than magnitude 6.5 over the next week.

It is likely that there will be smaller earthquakes over the next week, with 7 to 95 magnitude 3 or higher aftershocks.

Magnitude 3 and above are large enough to be felt near the epicenter.

The number of aftershocks will drop off over time, but a large aftershock can increase the numbers again, temporarily. 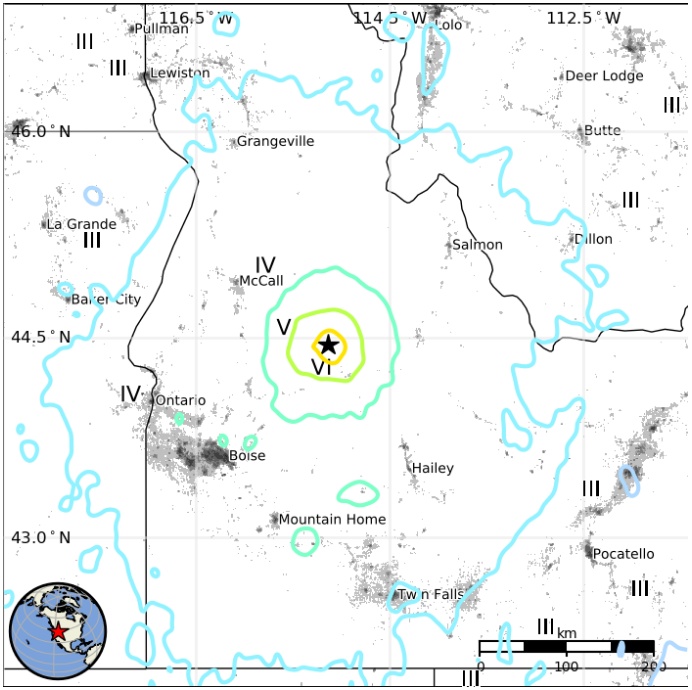 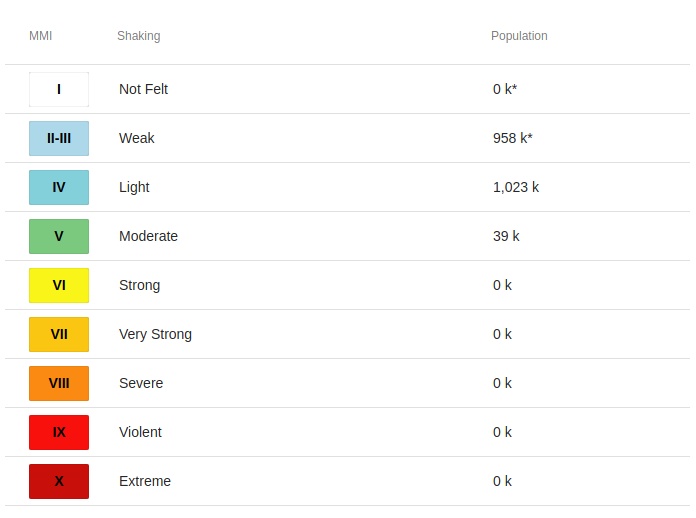 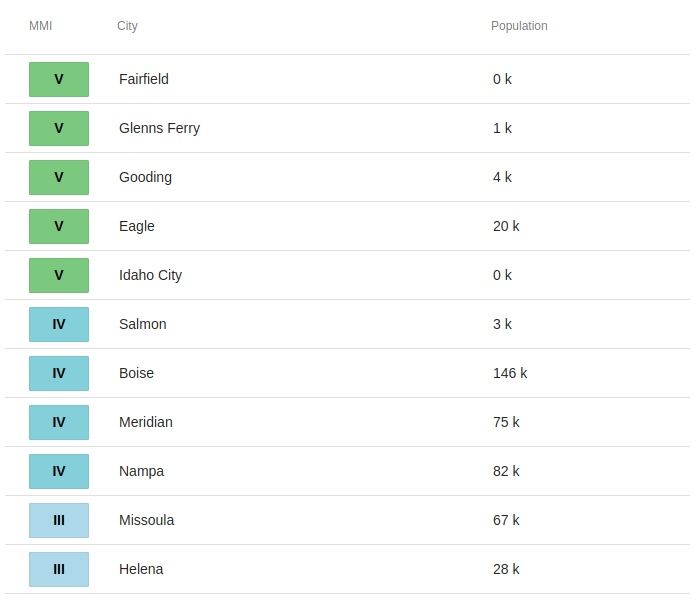 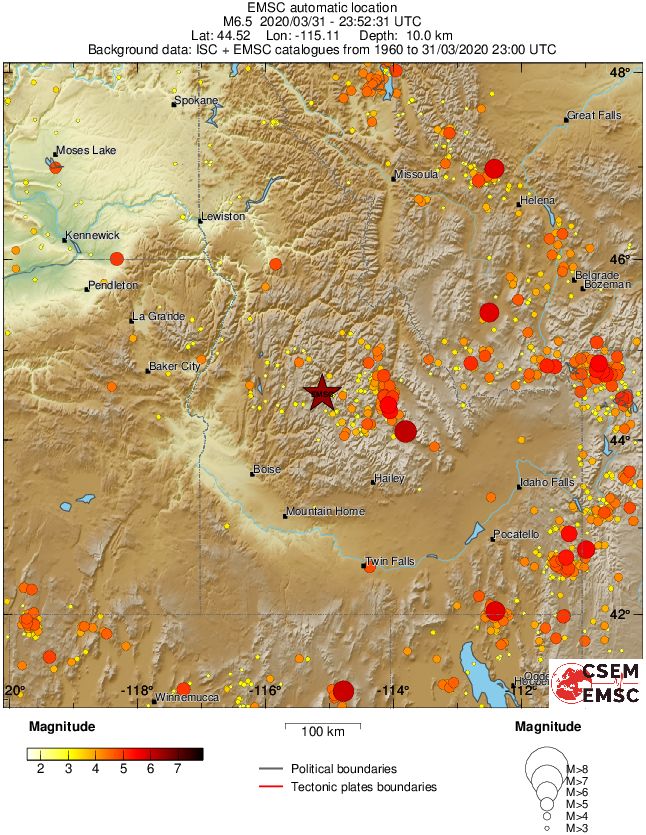