More than 400 aftershocks followed through the rest of the day and into March 13, with magnitudes up to 3.4.

This is the largest earthquake detected on the Reykjanes peninsula since October 2013 when an earthquake of M5.2 occurred close to Reykjanestá.

It occurred in the northernmost part of the area associated with Mt. Thorbjorn land uplift.

"Although the land crisis actually ended in mid-February and earthquake activity decreased, there has nevertheless been enough tension in the area to cause this earthquake," said Kristín Jónsdóttir, group director of nature conservation at the Icelandic Meteorological Office.

"This was a tremendous tremor," said Hilmar Bragi Bárðarson, photographer for the local news website Víkurfréttir who was at home in Reykjanesbær when the large earthquake hit.

"I live on the fourth floor of a [five-story] apartment building, and the building swung, like you’d see in an American movie. It lasted a few seconds, but it felt like it would never end." 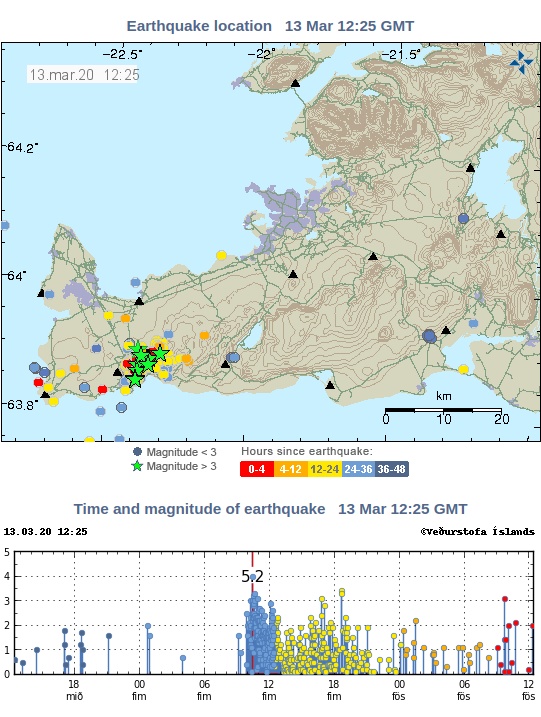 Uplift at Mt. Thorbjorn volcano is no longer being observed, which is likely due to the halt of magma inflow, IMO stated.

However, the uncertainty phase that the Civil Protections declared is still in force.

The earthquake swarm northeast of Grindavík is still ongoing but the activity has decreased since yesterday evening, the IMO reported at 09:30 UTC today. 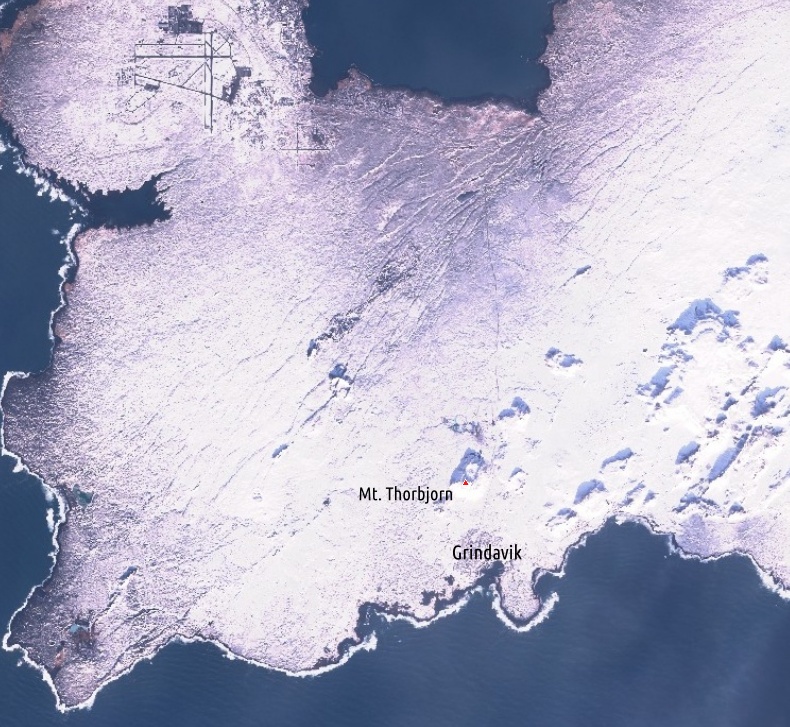 The Icelandic Met Office (IMO) is warning residents and tourists to temporarily stop exploring caves in the Eldvörp area on the Reykjanes Peninsula due to deadly gasses measured in a cave close to a parking lot. In their warning issued at 10:59 UTC on February…

Earthquake activity near Mt. Thorbjorn, Grindavik has decreased over the past 6 days, but small earthquakes are still being detected. Indications are that the crustal deformation pattern has changed, however, the uplift has slowed down. In total, the uplift is about…

"We evaluated the earthquake on March 12 to be M5.2, but now we have reassessed its magnitude at M4.6," Kristín Jónsdóttir, head of the Natural Hazard Monitoring Group at the Icelandic Met Office, said March 19.

"It can be complicated to estimate the size of larger earthquakes, but now several of us have studied the event and this is the result. This is partly because of strong wave reflections in the crust in Reykjanes Peninsula that complicate the data processing.