1 000 people are estimated to have felt light shaking. 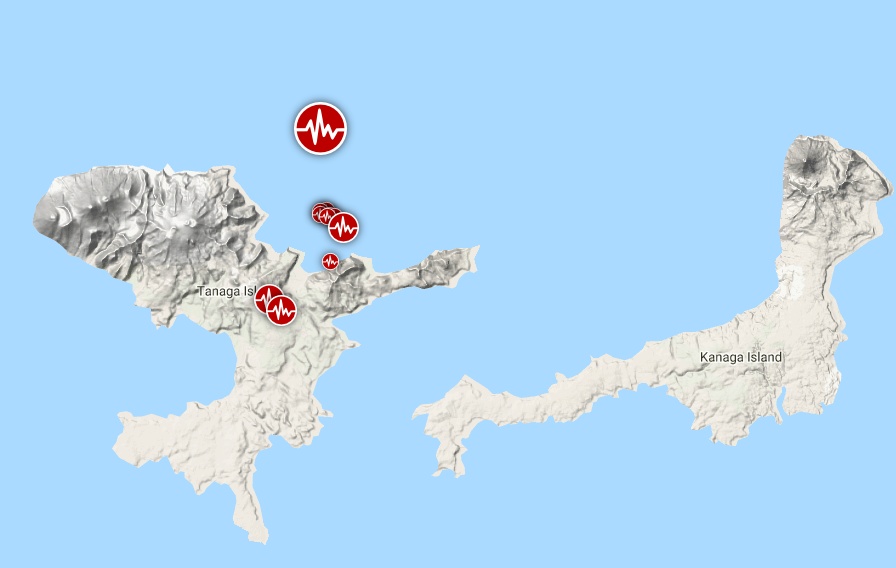 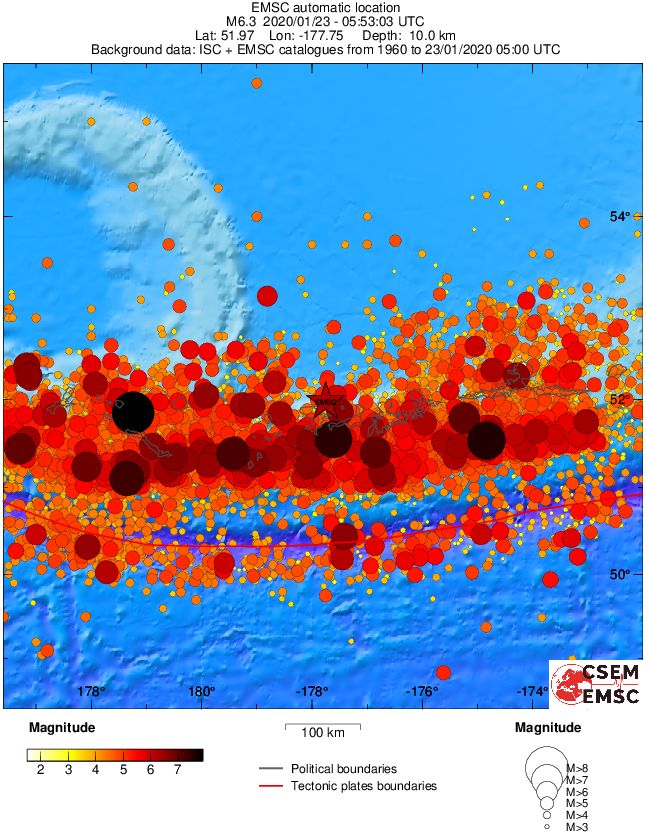 Tanaga volcano, the second largest volcanic center of the central Aleutians, is central and highest of three youthful stratovolcanoes oriented along a roughly E-W line at the NW tip of Tanaga Island.

Ridges to the east and south represent the rim of an arcuate caldera formed by the collapse of an ancestral edifice during the Pleistocene.

Most Holocene eruptions originated from the Tanaga volcano itself, which consists of two large cones, the western of which is the highest, constructed within a caldera whose 400-m-high (1 312 feet) rim is prominent to the SE.

At the westernmost end of the complex is conical Sajaka, a double cone that may be the youngest of the three volcanoes. Sajaka One volcano collapsed during the late Holocene, producing a debris avalanche that swept into the sea, after which the Sajaka Two cone was constructed within the collapse scarp.