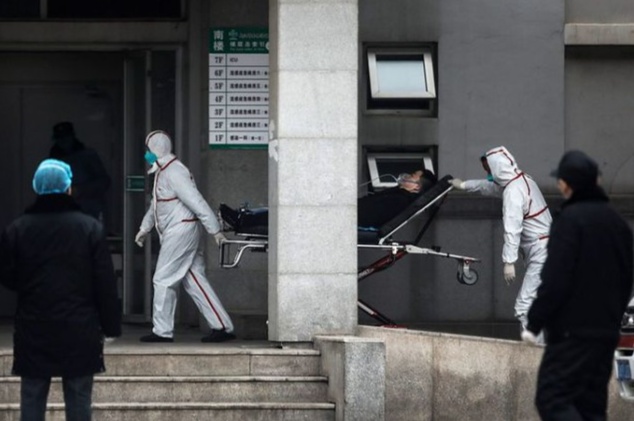 The death toll from China's coronavirus has jumped to at least 17 as of Thursday, January 23, 2020. Amid heightening concerns, officials in Wuhan– the outbreak's epicenter– announced a partial lockdown of the city in efforts to contain the outbreak. Wuhan is the capital of the Province of Hubei and the seventh most populous Chinese city, with a population of 11 million.

The virus, which first emerged in December 2019, has killed at least 17 people in China between the ages 48 and 89– most of whom had underlying health concerns.

All fatalities so far were reported in the Province of Hubei.

Moreover, it has affected over 570 people including in Japan, Taiwan, Thailand, the Philippines, South Korea, and the United States.

In east China's Zhejiang province, 17 new cases were confirmed, bringing the number of verified cases to 27 in the area.

In Hubei province, among the confirmed cases of the coronavirus were medical workers. Wuhan Mayor Zhou Xianwang admitted that such cases could have been prevented, and they have given a "profound lesson" to people.

"This shows that we didn't get to know enough about the virus at the beginning," he said.

In addition, Macao confirmed a fresh case of the infection as well, bringing the number of confirmed cases in the city to 2.

As of 02:00 UTC (10:00 LT) on Thursday, January 23, the Chinese authorities have closed off Wuhan– a major port city with an 11 million population. All public transport including planes and trains were put on temporary suspension.

The decision to prohibit travel came before the Lunar New Year celebration which starts on January 25, when hundreds of millions travel. According to air traffic data, around 30 000 people fly out of Wuhan per day.

Furthermore, officials urged residents not to leave the city unless there is an urgent reason, avoid densely populated areas, and minimize public gatherings.

The coronavirus is in the same family of outbreaks as Severe Acute Respiratory Syndrome (SARS). Chinese health officials also confirmed that it can be transferred through human to human contact.

In efforts to contain the infection, many airports across Asia and the US have also improved the screening of incoming passengers.