Slow-moving nor'easter centered southeast of New England has become a Subtropical Storm "Melissa" at 15:00 UTC on October 11, 2019. This is now the 13th named storm of the 2019 Atlantic hurricane season. "Change in storm status does not change expected impacts from wind and coastal flooding along portions of the mid-Atlantic coast and southeastern New England," NWS NHC said.

There are no coastal tropical cyclone watches or warnings in effect.

A turn toward the east-northeast with an increase in forward speed is forecast tonight and this motion will continue through the weekend.

On the forecast track, the center of Melissa will move away from the east coast of the United States, gradually weakening over the next couple of days. Melissa is forecast to lose its subtropical characteristics by Saturday night. 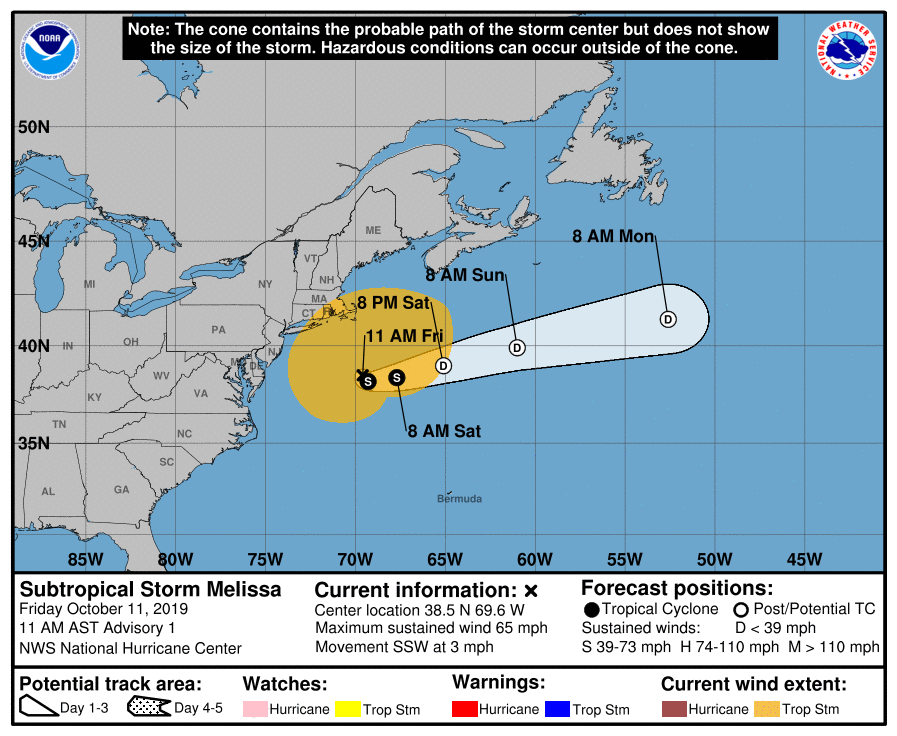 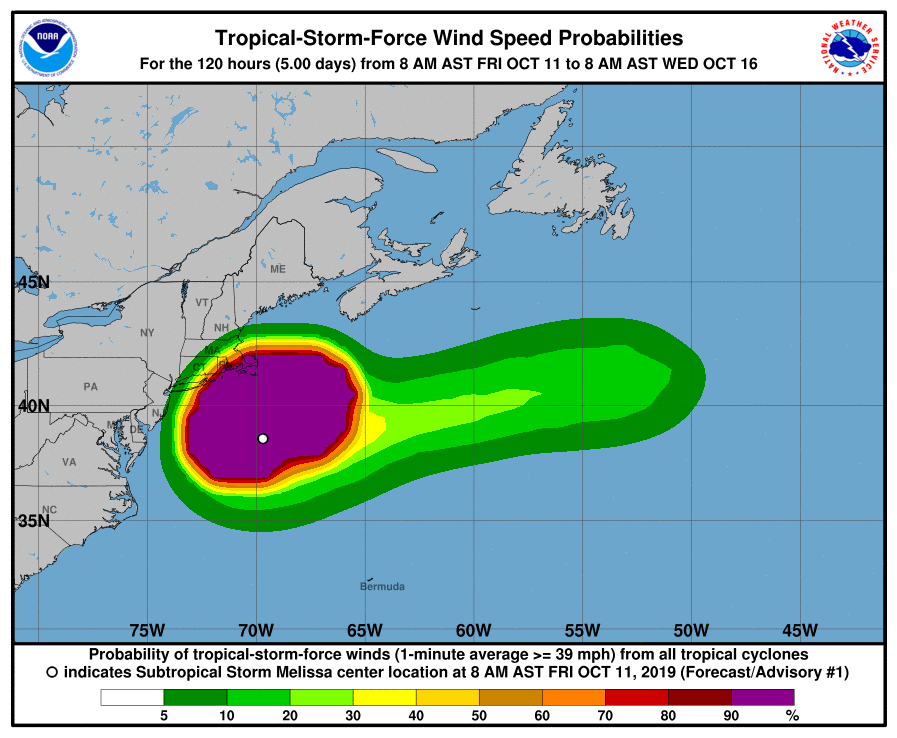 Wind gusts to 80 km/h (50 mph) are likely to continue over portions of Cape Cod, Martha's Vineyard, and Nantucket through much of today.

Coastal flooding will continue today along portions of the U.S. east coast from the mid-Atlantic states to southeastern New England.

Swells generated by Melissa are affecting much of the U.S. east coast, portions of the Bahamas, Bermuda, and Atlantic Canada.

These swells will result in life-threatening surf and rip current conditions. Please consult products from your local weather office.

Residents can expect flooding at times of high tide along the New England and upper mid-Atlantic coasts, and powerful surf and beach erosion from Delaware to southern Maine through the weekend. Because rip currents are forecast to be frequent and strong, people should stay out of the surf, AccuWeather meteorologists said.

Offshore seas may build to 9 m (30 feet) or higher due to the strong, stalled storm. Crews and passengers of large vessels should be prepared for stormy conditions or avoid traveling through waters off the mid-Atlantic and New England coasts until the storm moves away and seas subside later this weekend.