There is a danger of life-threatening storm surge inundation of up to 150 cm (5 feet) above ground level along the Florida Gulf Coast from Indian Pass to Clearwater Beach, where a Storm Surge Warning is in effect. Residents in these areas should follow advice given by local officials, NHC said.

Tropical-storm-force winds are spreading across portions of the Florida Gulf Coast, where tropical storm warnings are in effect. Regardless of the exact track and intensity of the system, these winds will cover a large area, especially east of the center.

Wind and coastal flooding hazards along the U.S. East Coast will be covered by non-tropical watches and warnings issued by local NWS offices, since the system is expected to lose its tropical characteristics after it moves inland along the Gulf Coast. 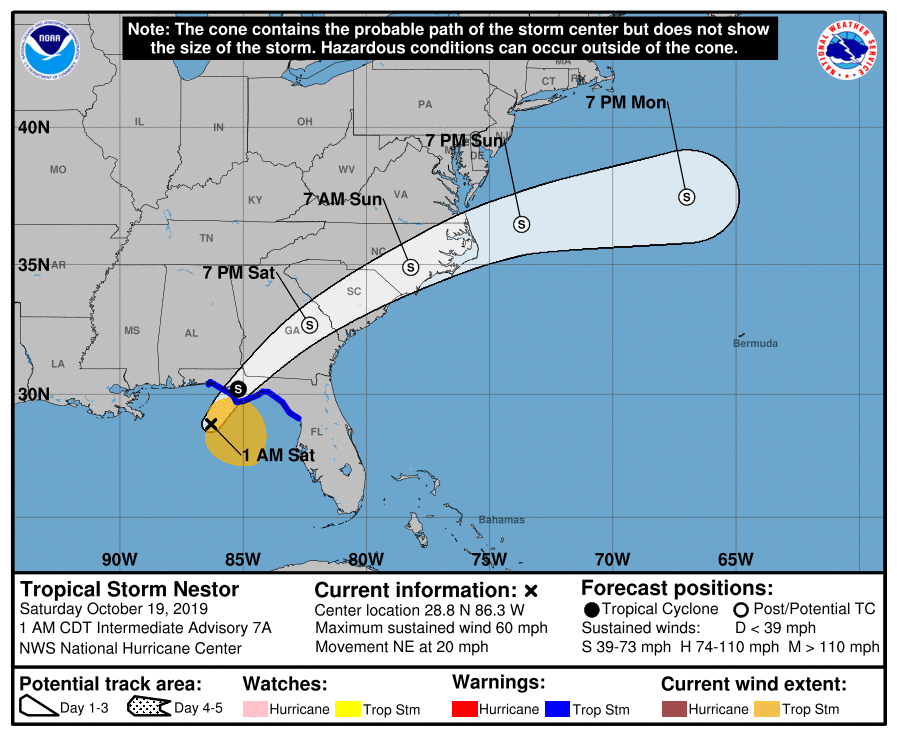 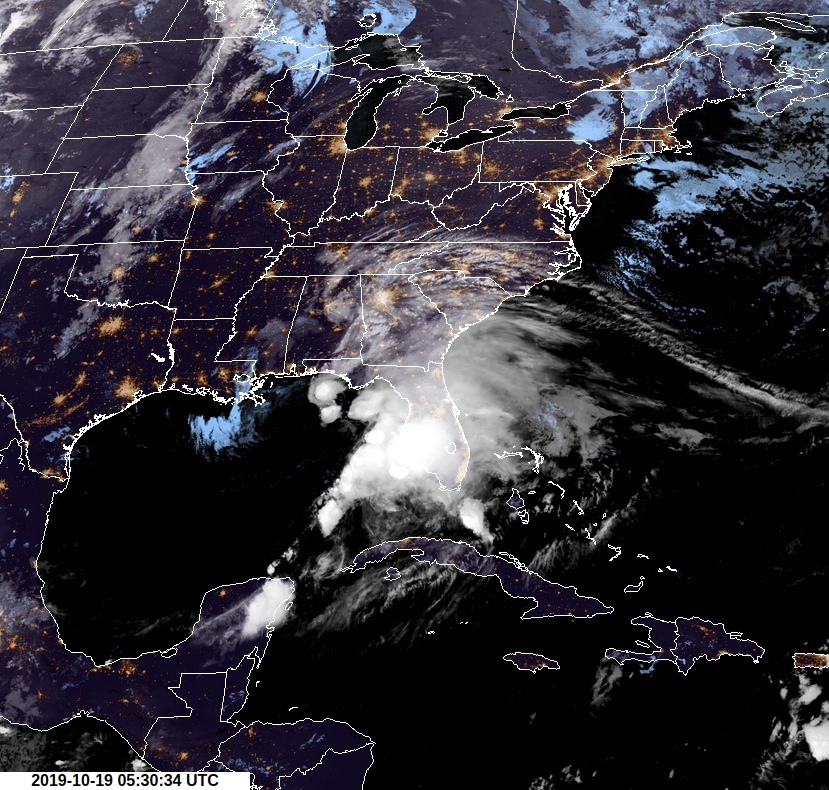 The tropical storm is moving quickly northeastward at about 37 km/h (23 mph). The models are in good agreement that this general motion should continue for the next couple of days, taking the center of the storm inland over the Florida Panhandle on Saturday morning (LT), October 19 and across portions of Georgia and the Carolinas later Saturday and Sunday. The weakening system is expected to slow down and turn eastward over the western Atlantic early next week before it merges with a cold front.

Its maximum sustained winds were 95 km/h (60 mph) and minimum central pressure of 998 hPa.

Tropical storm conditions are expected to reach the coast within the warning area within the next few hours and continue through this afternoon.

Gale-force winds are likely along portions of the Atlantic coast of the southeastern United States later today.

Nestor is expected to produce total rainfall accumulations of 50 – 100 mm (2 to 4 inches) this weekend from the central Gulf Coast and northern and central Florida to the eastern Carolinas, with isolated maximum amounts of 150 mm (6 inches).

A tornado or two is possible through this morning across the northern and central Florida Peninsula, NHC warns. 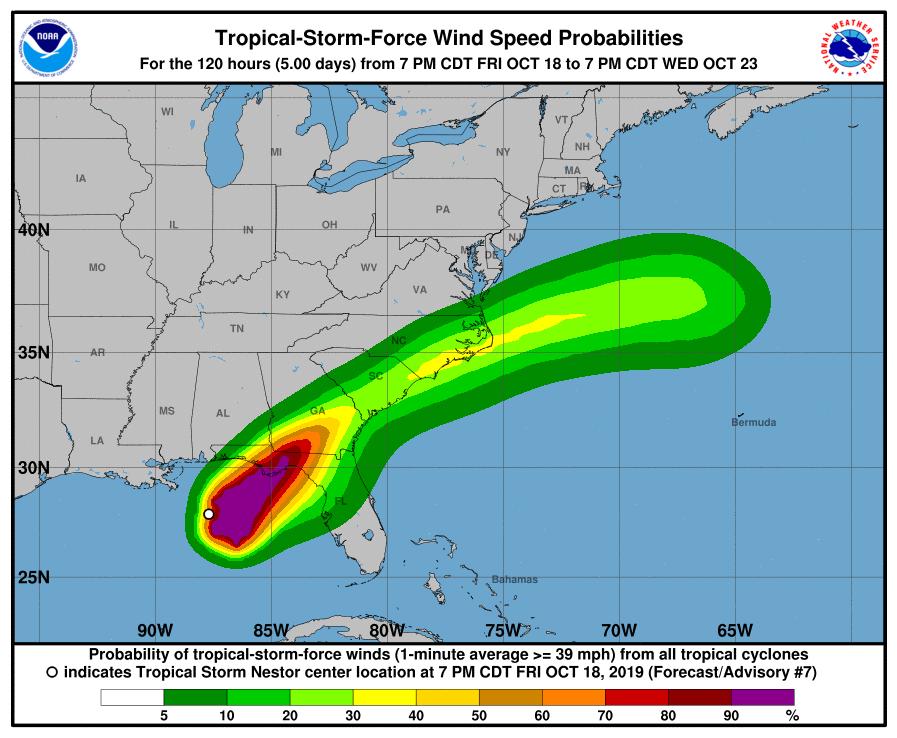