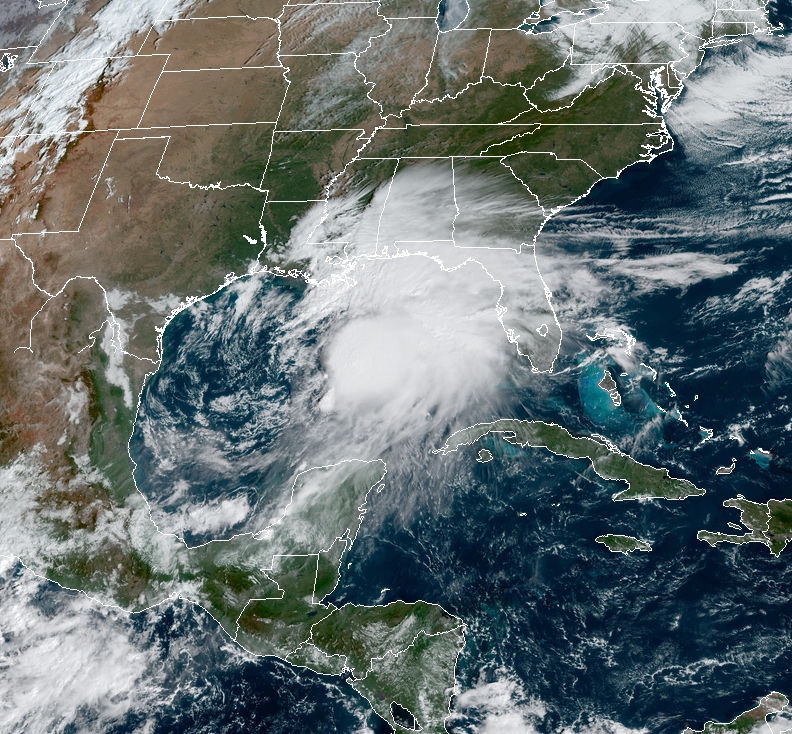 NE motion is expected to continue through Sunday, followed by a turn toward the ENE by early Monday. The system will approach the northern Gulf Coast later today and tonight and move inland across portions of the southeastern United States on Saturday and Sunday, October 19 and 20. It's forecast to move offshore of the coast of North Carolina by late Sunday (LT).

"The global models continue to indicate that the circulation will consolidate and the system will strengthen some during the next 12 hours or so, as the low-level circulation will be overtaken by an upper-level trough currently situated over southwest Louisiana.," NWS forecaster Brennan said.

"The system is still expected to become a tropical or subtropical storm later today, with the exact phase dependent on the timing of the circulation improving and the interaction with the upper trough. Once the system moves inland, it should become extratropical by 36 hours and slowly weaken once it moves offshore of the Carolinas by 72 – 96 hours before dissipating by day 5." 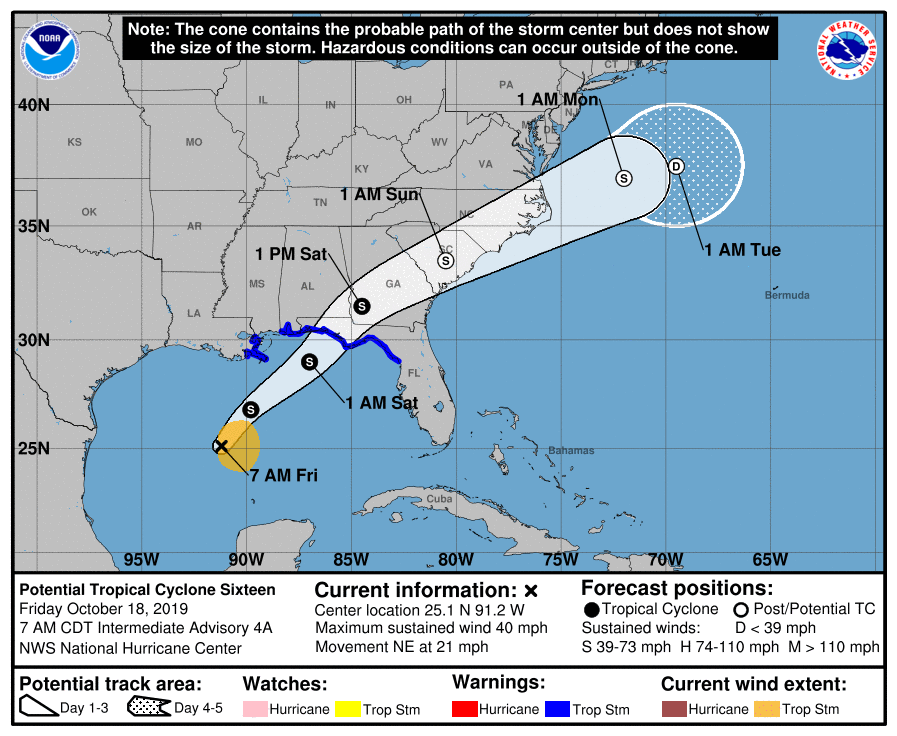 The combination of a dangerous storm surge and the tide will cause normally dry areas near the coast to be flooded by rising waters moving inland from the shoreline.  The water could reach the following heights above ground somewhere in the indicated areas if the peak surge occurs at the time of high tide:

Tropical storm conditions are expected to reach the coast within the warning area by later today and this evening, making outside preparations difficult or dangerous.

Gale-force winds are likely along portions of the Atlantic coast of the southeastern United States by Saturday. 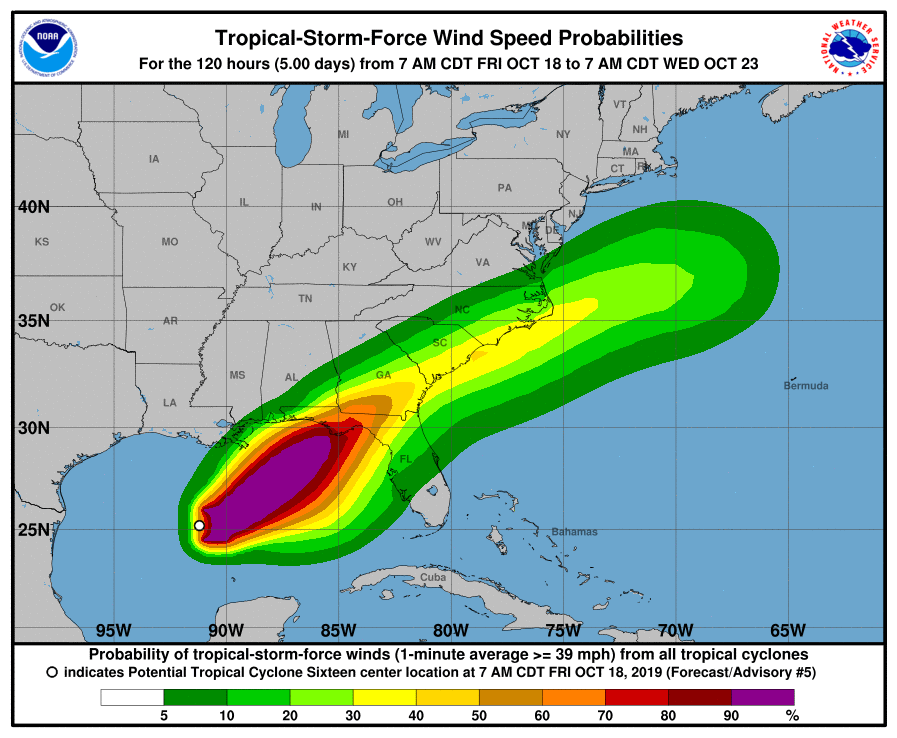 The disturbance is expected to produce total rainfall accumulations of 50 – 100 mm (2 to 4 inches) this weekend from the central Gulf Coast and northern and central Florida to the eastern Carolinas, with isolated maximum amounts of 150 mm (6 inches).

A tornado or two is possible tonight and early Saturday near the Florida Gulf Coast from the central panhandle to the western peninsula.