Tropical Storm "Sebastien" or its remnants are forecast to bring gusty winds and rain to portions of the Azores later today and tonight, November 24 and 25, 2019. After that, whatever is left of the storm will continue on its way toward Ireland and the United Kingdom, bringing strong winds and heavy rain. 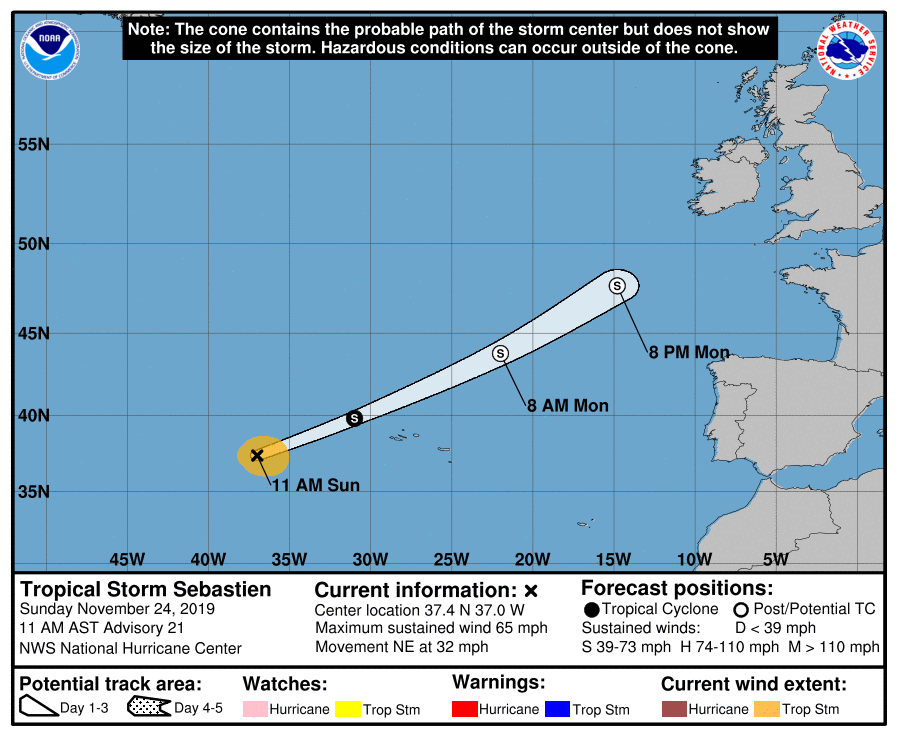 It is forecast to become post-tropical by early Monday, and it could degenerate into a trough of low pressure at any time during the next couple of days.

Regardless of status, Sebastien or its remnants will likely continue to produce tropical-storm-force winds for at least a couple of more days, NWS forecaster Zelinsky noted. 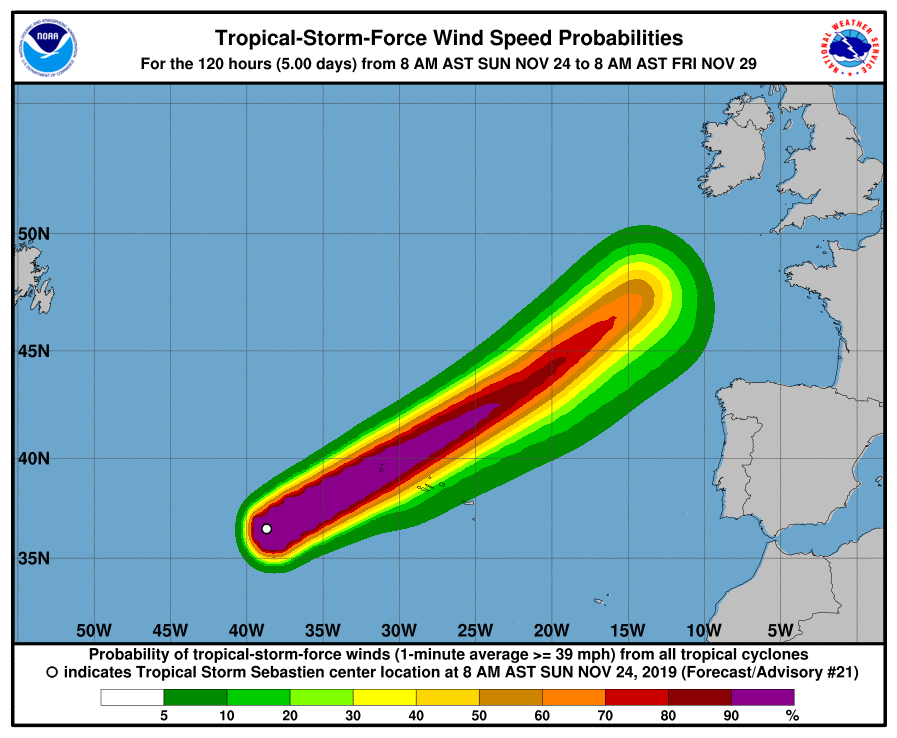 "This system must be one of the most tricky storms to forecast this year; it first had the potential to become a hurricane, no. Then it was expected to become an intense extra-tropical cyclone, but no, it was about to dissipate. Now, when everyone almost gave up on it, it intensifies again and heads for Europe," SWE meteorologists said.

"After tomorrow, Sebastien is expected to merge with another large system located SW of the British Isles and Ireland. This larger complex system will then bring gusty winds and heavy rains into parts of western Europe (N Iberia, W France, S British Isles – England / English Channel) within the next few days." 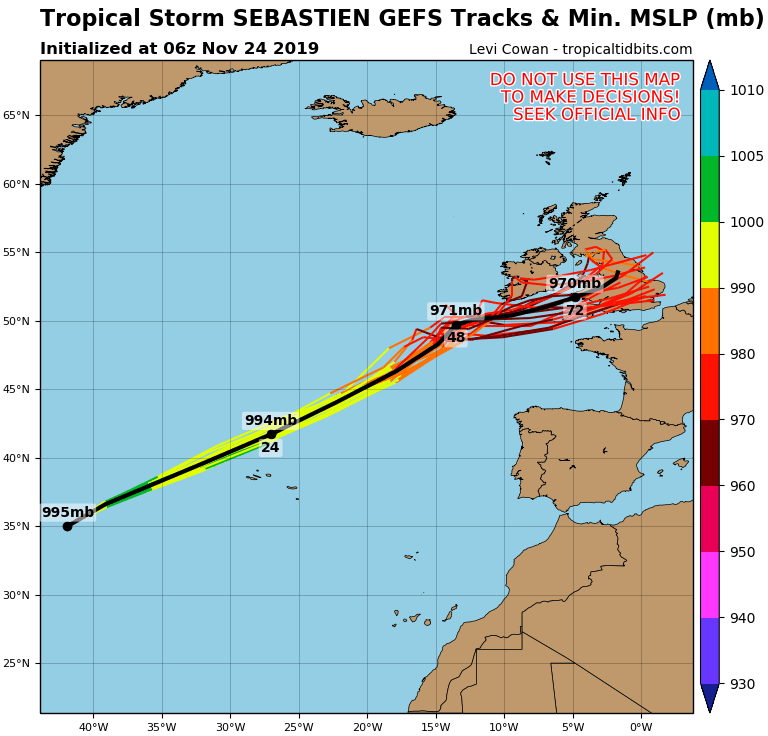