The remains of Hurricane "Epsilon" are set to bring strong winds and heavy rain to the UK, prompting the Met Office to issue yellow weather warnings across parts of the west of England from Thursday to Friday, October 29 to 30, 2020. The system is merging with an explosively developing low in the North Atlantic, located south of Iceland, expected to cause major waves in the region.

The remains of the ex-hurricane have been absorbed into a larger, developing extratropical storm.

According to Severe Weather Europe (SWE), the system may peak at around 940 hPa on Tuesday, October 27. The wide channel of violent winds will form a massive windstorm and major waves spreading towards Ireland and the UK.

Waves may reach up to 13 m (42 feet) to the south of the low's center, and will eventually push towards Ireland, Northern Ireland, and Scotland on Wednesday morning, October 28.

"It will bring another frontal system into Ireland and the UK, with mainly some more excessive and heavy rain besides the gusty winds. Some winds could be severe, especially across western Ireland."

"Severe winds are expected to develop across the northern and western portions of the storm. As the pressure gradient strengthens against the surface high-pressure system over Greenland." 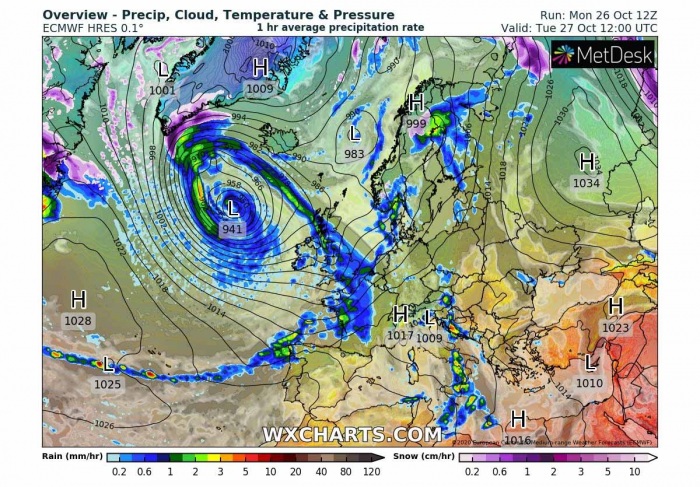 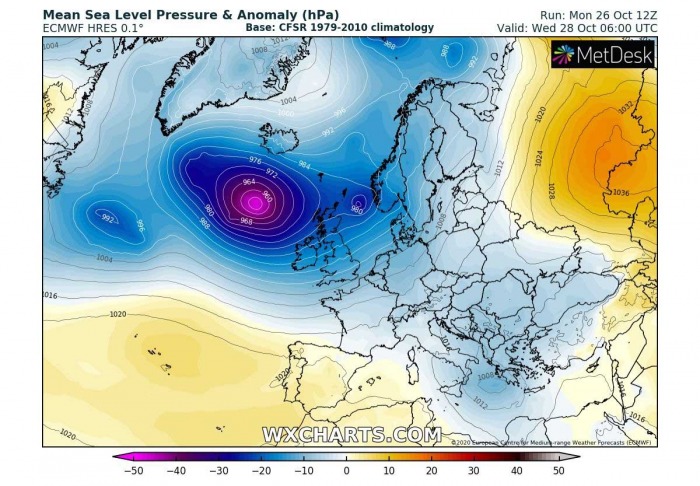 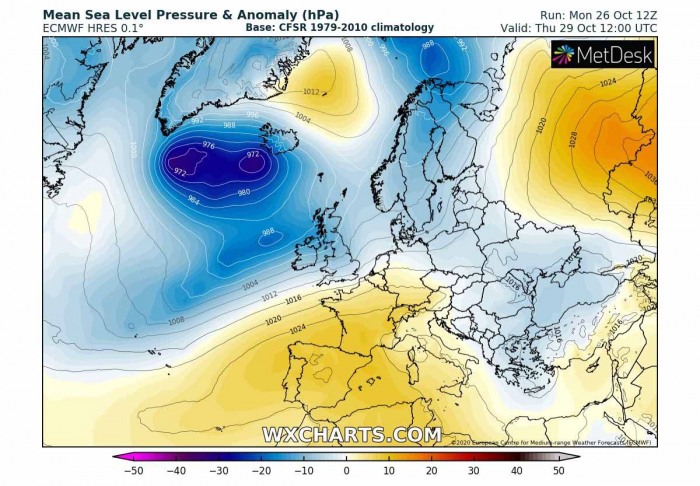 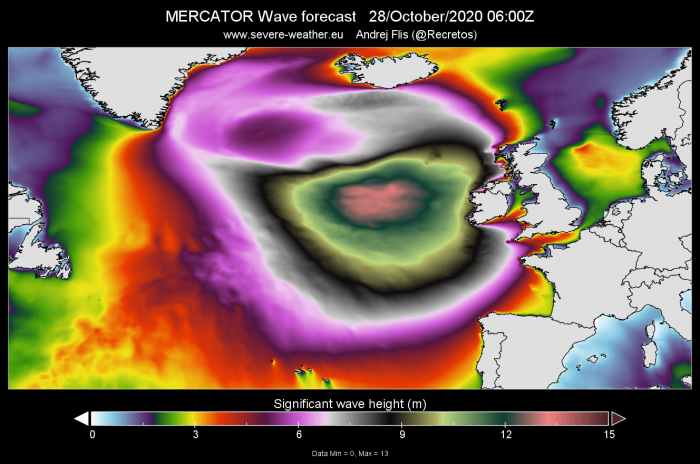 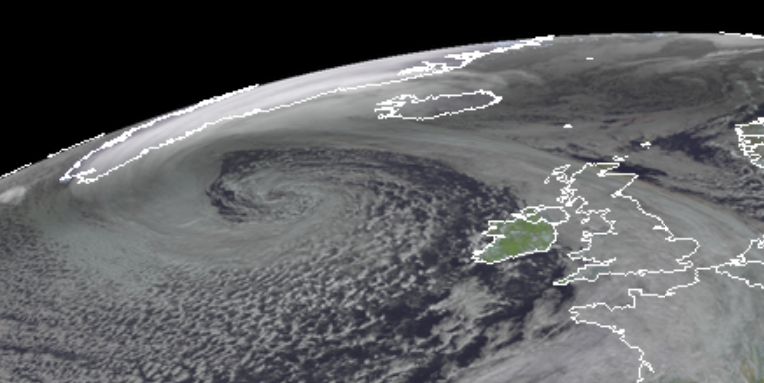 The Met Office has issued yellow weather warnings for Thursday and Friday, warning that disruptive floods may occur.

"Periods of heavy rain are expected to develop across Wales and northwest England during Thursday and Friday. Accumulations of 30 to 40 mm (1.2 to 1.6 inches) can be expected widely, whilst areas of higher ground exposed to strong southwesterly winds are likely to see 50 to 80 mm (2 to 2.4 inches)," Met Office wrote.

"The heaviest rainfall is expected across the hills and mountains of northwest Wales and Cumbria where 100 to 150 mm (4 to 6 inches) of rainfall is possible by the end of Friday."