The Icelandic Met Office (IMO) is reporting significant ground deformation associated with a series of earthquakes that occurred on the Reykjanes Peninsula, between Fagradalsfjall and Kleifarvatn, from October 16 to 22, 2020.

The largest quake in the series was M5.6 on October 20, widely felt around the country, especially in the southern part of the peninsula and in the capital Reykjavik — some 25 km (15 miles) E of the epicenter.

"There is an active long-term process ongoing in the area and we can expect that there will be more earthquakes in the coming hours that will be felt all the way to the capital area," Kristín Jónsdóttir, Earthquake hazards coordinator at the IMO, sai in an interview with RÚV.

The large signal shown in the vicinity of Skolahraun represents the movement of up to 5 cm (1.9 inches) — in the satellite's line-of-sight — associated with the M5.6 earthquake.

Additional deformation is observed in the vicinity of Driffell and east of Keilir, related to movement on faults in this region.

Multiple fractures, related to these earthquakes, have been observed on the ground in this area. 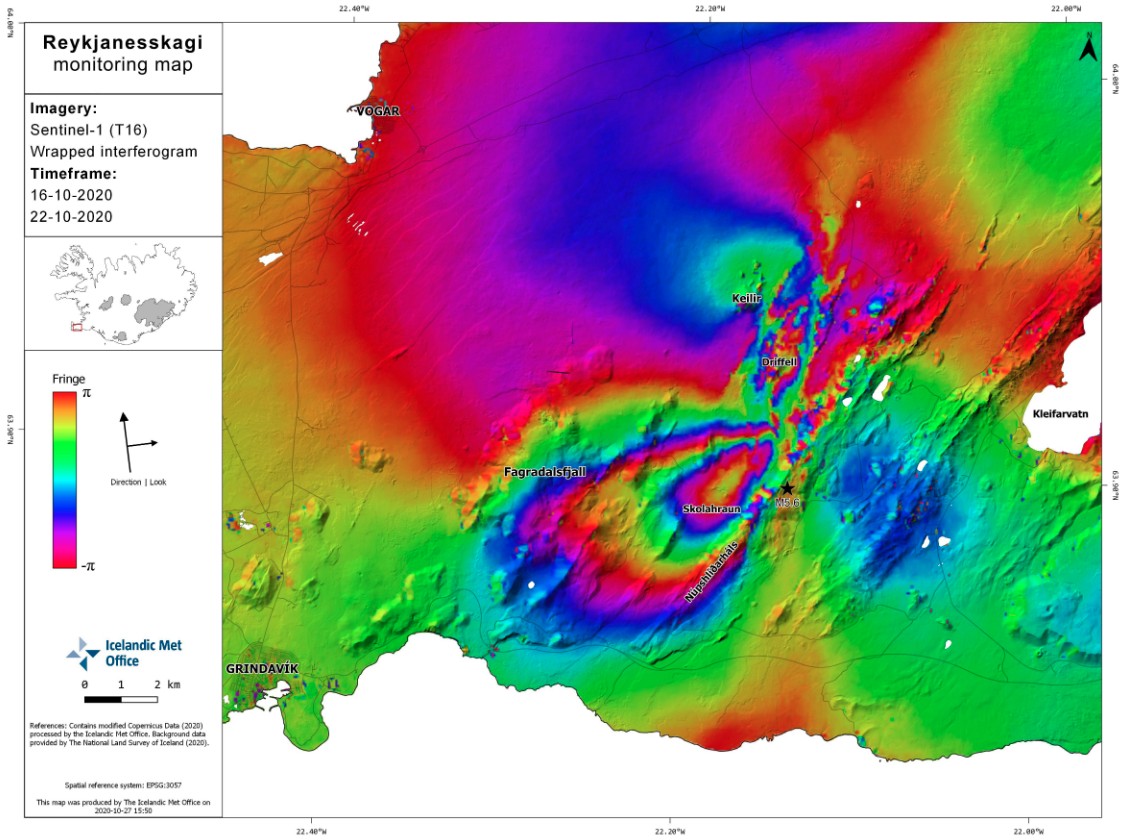 The pattern of surface deformation resulting from the M5.6 earthquake last week is quite visible, along with additional fault movements to the northeast. Credit: IMO 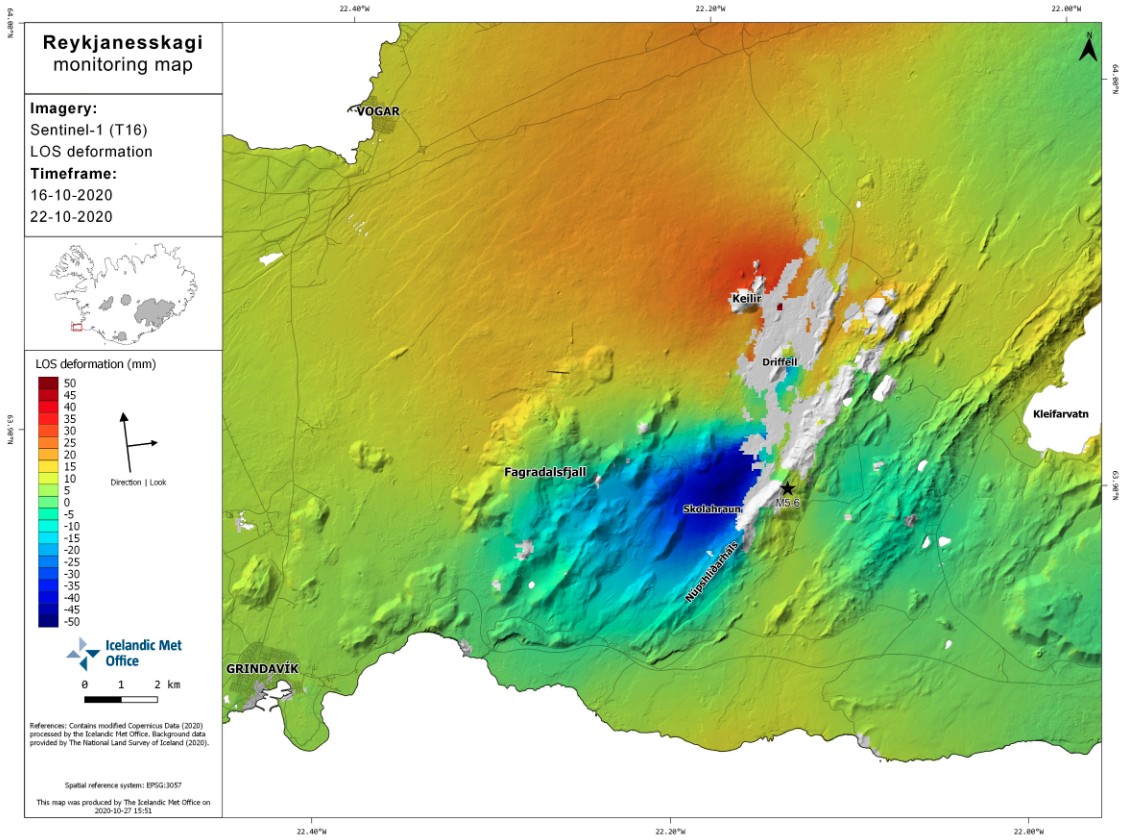 According to IMO, these earthquakes are related to the volcano-tectonic reactivation of the Reykjanes Peninsula which started in December 2019. The unrest is ongoing and the occurrence of additional future earthquakes is considered likely, IMO said.

The Aviation Color Code for Reykjanes has been raised to Yellow in January 2020.

Inflation has been detected since January 21 and is centered just west of Mt. Thorbjorn. The inflation is unusually rapid, around 3 – 4 mm (0.11 – 0.15 inches) per day and has accumulated to 2 cm (0.78 inches) to date. … The inflation is most likely a sign of magma accumulation at a depth of just a few km. … Accurate measurements of crustal deformation on the Reykjanes peninsula span approximately three decades. During this period no comparable signal has been measured. This is unusual for this period. … The inflation is occurring on plate boundaries and within the volcanic system of Svartsengi which is either considered a separate system or part of the Reykjanes volcanic system. The last known eruption was during Reykjanes fires, which occurred between 1210 – 1240 AD.