The rapid deepening of the bomb cyclone off the East Coast, U.S. is well underway. The NWS WPC and OPC surface analyses show the pressure dropped 9 hPa in just 3 hours between 03:00 and 06:00 UTC on January 29, 2022.

Total snowfall accumulations greater than 30 cm (12 inches) are expected along much of the Northeast coast with local maxima greater than 60 cm (24 inches) across eastern Massachusetts including the Boston metro.

Heavy snow rates of up to 5 – 10 cm (2 – 4 inches) per hour and strong winds will produce dangerous blizzard conditions along portions of the Mid-Atlantic and New England coasts.

Residents can expect whiteout conditions and nearly impossible travel at times. The strong to damaging winds will lead to scattered power outages. 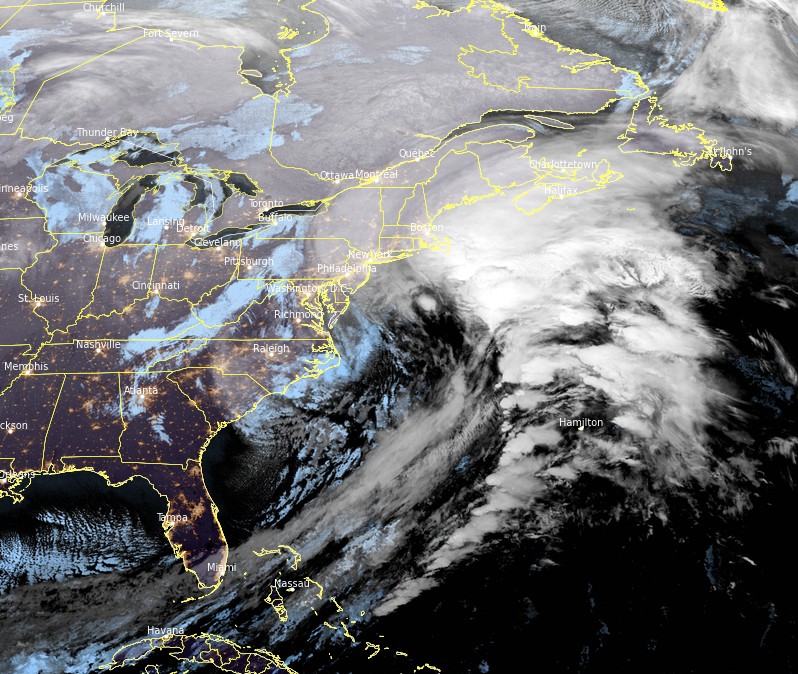 The storm will move over the Canadian Maritimes after impacting the United States and then hit southern Greenland.