The region produced numerous C-flares, the largest of which was a C6.7 at 12:14 UTC, and it continued to grow in size and spot count through the period.

An area of flux behind the SE limb produced a C7 flare at 16:55 UTC. The remaining regions were either stable or in decay.1

The M-class flare produced an asymmetric, full halo CME biased to the NE, first visible in LASCO C2 imagery at 23:36 UTC. The CME is expected to impact Earth late February 1 or early February 2.2

AR 2936 had rapidly grown into one of the largest active regions of young Solar Cycle 25, quadrupling in size in only 48 hours.3 As it turns toward Earth, the chance of an Earth-directed solar flare is increasing.

This noise is generally short-lived but can cause interference for sensitive receivers including radar, GPS, and satellite communications. 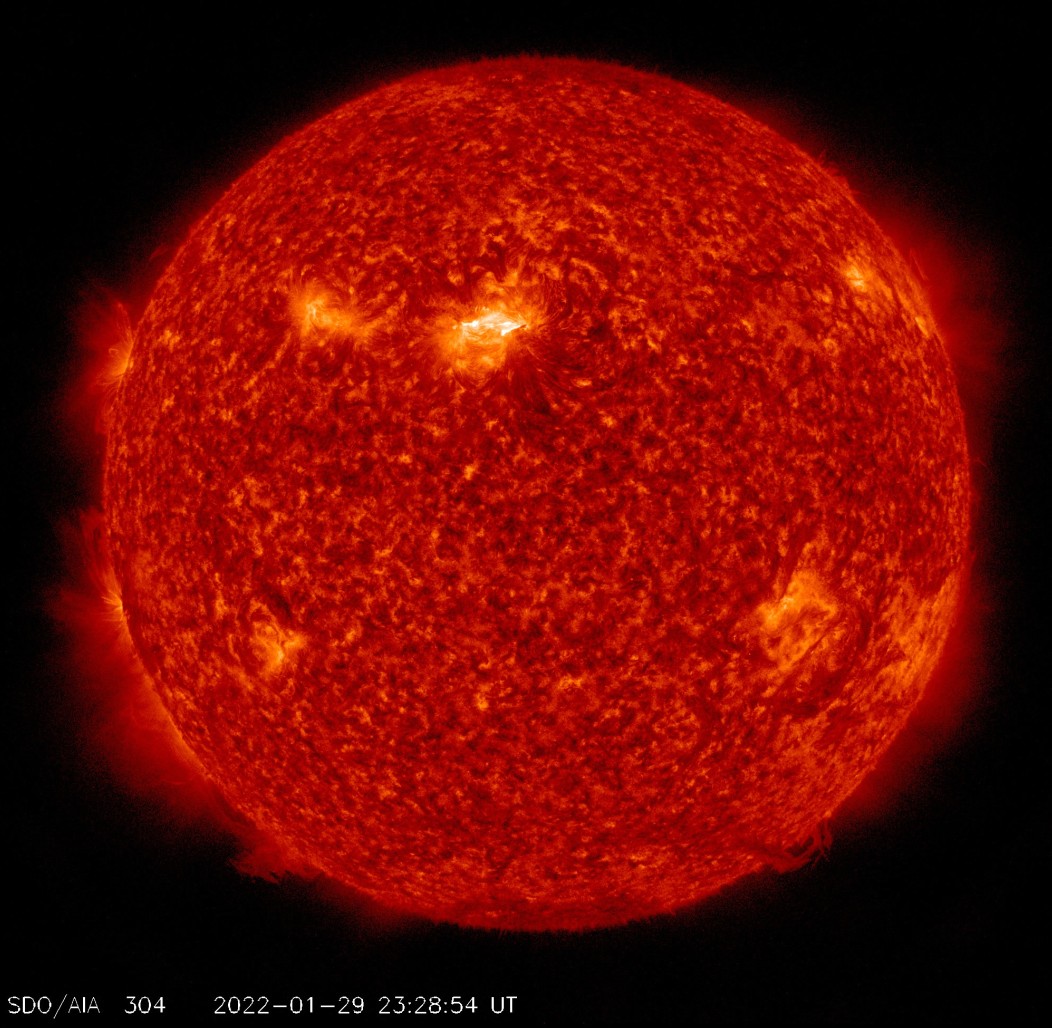 Solar wind parameters in 24 hours to 00:30 UTC reflected the continued influence of a positive polarity CH HSS. Solar wind speeds ranged from initial values near 450 km/s to between 500 – 550 km/s after 08:30 UTC.

Solar wind parameters are expected to be enhanced under positive polarity CH HSS influence on January 30 and February 1.

Solar activity is expected to be low through February 1 with a chance for M-class flare activity.

A G2 – Moderate geomagnetic storm watch has been issued for February 2 at 20:54 UTC on January 30 in response to the anticipated arrival of the January 29 CME coupled with CH HSS influence.